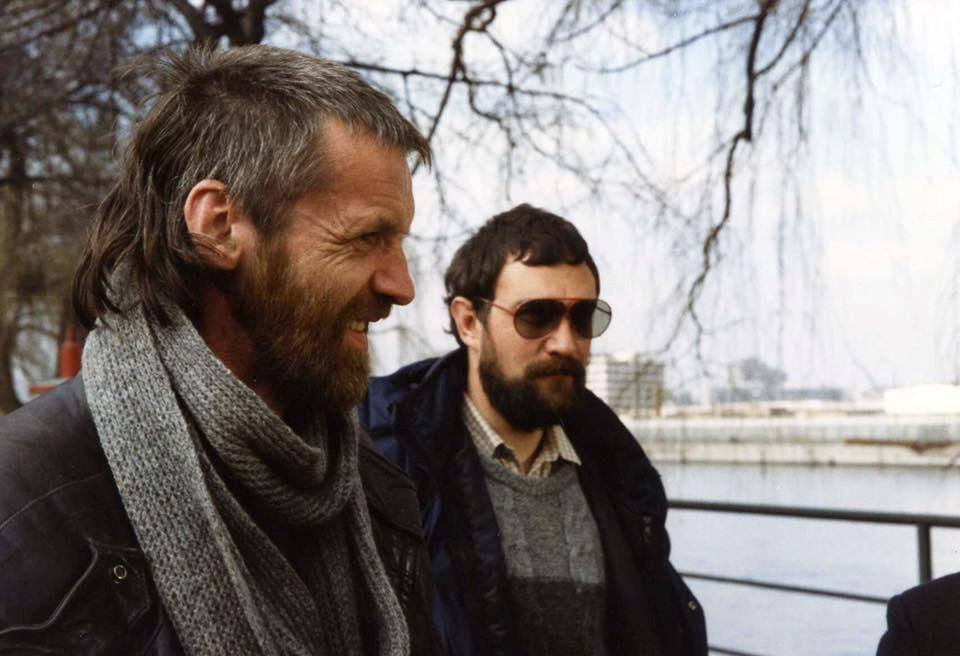 We were very sad to hear the news late last year that director Ken Grieve had died. Ken worked on a number of high profile television programmes throughout his career, including Doctor Who, Coronation Street, Peak Practice, Casualty and Game, Set and Match.

Born in Edinburgh in 1942, Ken Grieve began his career as a trainee studio cameraman with Granada Television. He later transitioned into directing, working on Crown Court and Coronation Street, for which he even directed a version of the distinctive opening credits (elements of which continued to be used until 1990). His other credits included stints on The Bill, The XYY Man, Cadfael, Bergerac, Bugs, The Royal and Strangers. Read a full obituary at The Guardian.

Ken Grieve died on 15 November 2016. He is survived by his partner and four children.

We asked a couple of Directors UK members to share with us their memories of working with Ken: 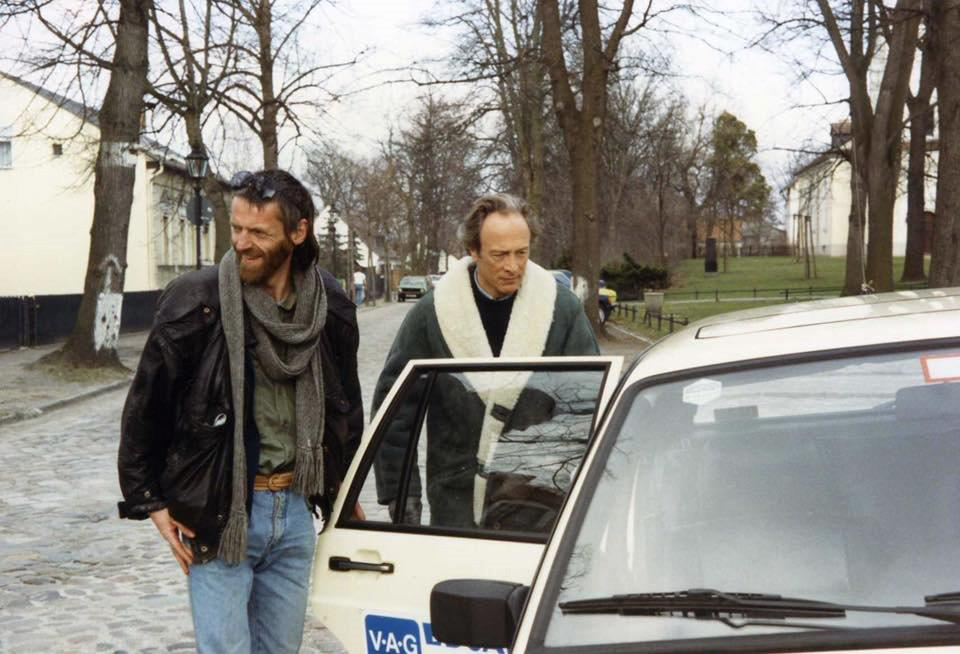 I first met Ken in the late 80s, when I was a researcher in documentaries at Granada Television. Ken came to do a film about local boxing nights in Manchester, and was the first director who shared his process with me as we travelled round together. For me, it was the first proper insight into storytelling, how to build structure and sequences, and I watched him produce a very humane film as part of the observational series This England. More than anything, it was indicative of a generosity on his part that lasted for the next 27 years as we became, and remained, great friends.

As I became a director myself, working in England and then for some years in the States, Ken never stopped offering insight and advice. I shared many Hollywood scripts with him, and his insights were as good as any I have encountered there or at home. He would look for the true meaning behind stories, and his habitual annoyance at characters being bent to suit narrative has been a major influence on my thinking throughout 25 years of directing. Beyond the practical help, and his high quality of thinking, what always struck me most though was this extreme generosity of spirit. Our business is so often competitive, and yet Ken gave freely and only ever took genuine pleasure in my progress. This was all the more remarkable when he was working less himself. Ken caught dengue fever whilst making a documentary in the Marquesas Islands and was unable to work for 18 months, and later suffered health issues when set to continue on the UK version of Law and Order, denying him the chance to do what he loved: tackling story and working with actors. 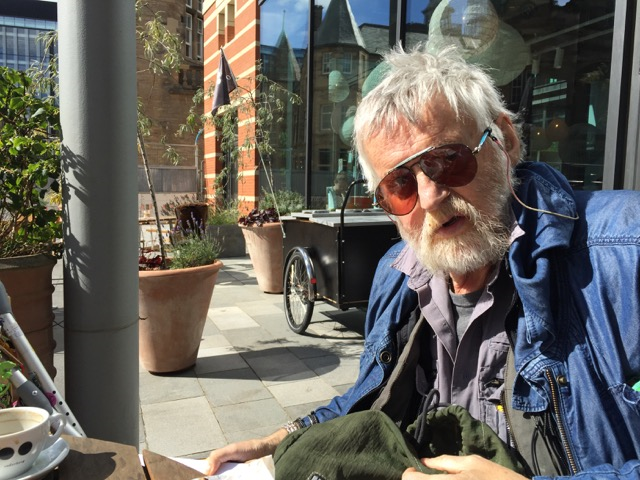 Ken was, in many ways, an old-fashioned intellectual. A lover of café society and conversation, he was well read and an avid follower of news. He was a careful watcher of television drama and a radio obsessive; a broad thinker in a narrow world. He taught me by example that the best way to grow old is to stay curious; a celebrator of youth and idealism, a proper thinker and never a swift judge. There is tremendous grace in this, a legacy that betters huge numbers of imdb credits. I think of him as an unsung hero and I miss him greatly.

Julian Farino is best known for directing the majority of episodes of the first three seasons of Entourage, as well as his work on US dramas Rome, The Newsroom, Big Love and How to Make It in America. He is also the director of the feature film The Oranges. His most recent credits include Ballers, Brooklyn Nine-Nine and Marvellous, for which he won the BAFTA Craft Director award.

I am most saddened to have heard of Ken’s death. He was an inspirational figure to me and mentored me at the very start of my career at Granada Television, accompanying me on my first ever directing assignment, tirelessly helping me try to realise my early vision and catching me when I fell. All done with tremendous sensitivity and generosity. I regularly think back to that formative experience and the opportunity I’d been given, and will forever be indebted to Ken Grieve for taking me under his wing with such enthusiastic and patient encouragement.

We met again a few years later, firstly in 1996 when I was lucky enough to take part in the Granada director training course (where he was helping as a mentor behind the scenes), and again the following year on the ITV drama Peak Practice when he helmed the opening episodes of a new series. He was an ambitious, assured and wonderfully colourful director and it was a privilege to observe him on set; a cool gentle giant who possessed such an extensive knowledge and command of film language, combined with sharp wit and a cordial rapport with the actors. Not a shoot goes by without my recollecting those times spent learning from his example and I feel bereft that our paths won’t cross again.

Mentors aren’t always typical friends, though. They’re like mystical figures in stories, who appear as if by magic at just the right time. Those crucial experiences then become perfectly preserved in your memory and replayed over and over. Despite how vivid these brief relationships feel, all too seldom do we make the effort to say thanks, let alone tell them how their original guidance still inspires and nourishes the fortunate beneficiary decades later. Ken was my wizard. 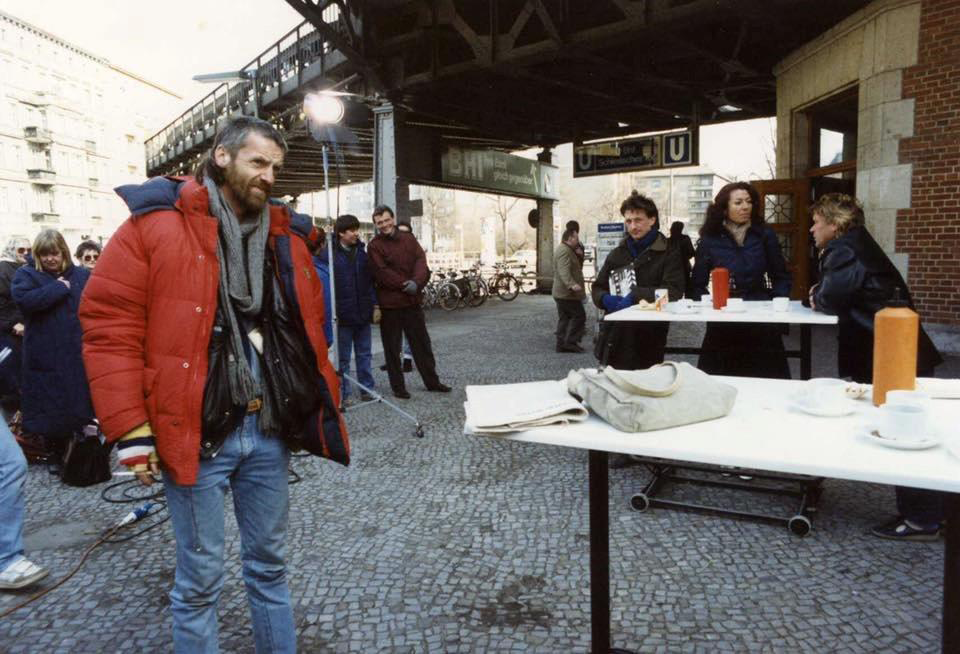 The years have rolled by and I’m now the age he was when he first helped me, so news of Ken’s passing has inevitably reminded me of the importance of making ourselves available to pass on help, training and experience to younger directors - something he did with a genuinely selfless zeal. Such generosity of spirit and ideas is all too rare.

How fortunate I feel to have known him. I’ll never forget the sparkle in his eyes or the joy with which he practised his vocation and only hope I can repay his gift to me by passing it on.

Jonny Campbell directed the BAFTA award-winning In the Flesh and Eric and Ernie. Most recently he has directed an episode of the HBO series Westworld. His other credits include Phoenix Nights and episodes of Doctor Who, Ashes to Ashes and Spooks.

And if that isn’t enough, here’s a video of The Hitchhiker’s Guide to the Galaxy author Douglas Adams recounting the story of an impromptu 24-hour trip to Paris he took with Ken Grieve during the production of Doctor Who. “It was one of those kind of nights, when at 4 o’clock in the morning you wonder how on Earth you’re going to get back to England”.