With 87% of people working in film and TV experiencing poor mental health, it is important that everyone across the industry comes together to create positive cultural change to our working environments. In support of this, unions, guilds and professional associations must play their part in improving practice and setting standards that encourage healthier workplaces.

The Writers’ Guild of Great Britain (WGGB) and Directors UK are actively working together to promote professional excellence and share a passionate commitment to combatting bullying and harassment in the creative industries.

To that end, we have created new joint guidelines, Creating Positive Collaborations: Writers & Directors, to support best practice in collaboration between the two.

The traditional role of writer and director is changing. Historically in TV, writers have tended to have a high creative influence – and we are seeing this more in the rise of the showrunner. In film, the director tends to have greater creative control as funding and future sales is often linked to their creative vision. With the convergence of high-end TV and film on VOD platforms, writers and directors who have traditionally worked in separate spheres are often now brought together to create premium content; but mixing creatives that have different expectations about their level of creative control can create conflict.

Both want to make the best work they can, and both have expertise from which the production can benefit, but how do they most effectively work together?

The best-practice guidelines have arisen from reports from both organisations’ members that writers and directors are being kept apart by colleagues who are keen to avoid artistic confrontation, yet this separation can lead to miscommunication, a loss of trust and a stifling of the artistic process. This is particularly acute in the transitional period where script development gives way to production.

This project is a direct collaboration with our colleagues at The Writers’ Guild of Great Britain. We put professional writers and directors into a room to identify what a positive relationship looks like. The result of these exchanges is Creating Positive Collaborations: Writers & Directors. Both Directors UK and WGGB endorse this as professional practice. 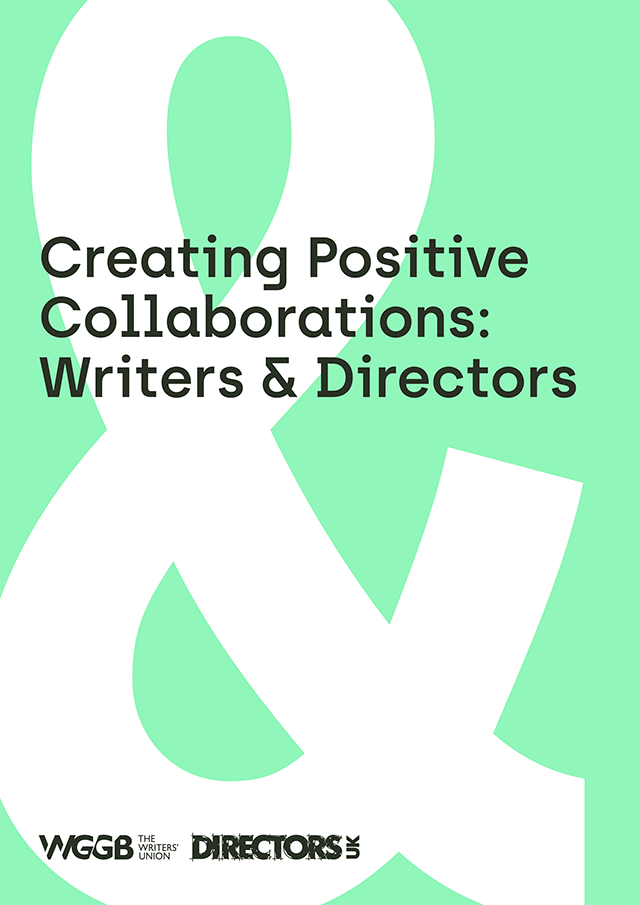 Benefits of This Work

Success can be measured by seeing:

Get Involved with the Writers & Directors Campaign on Facebook