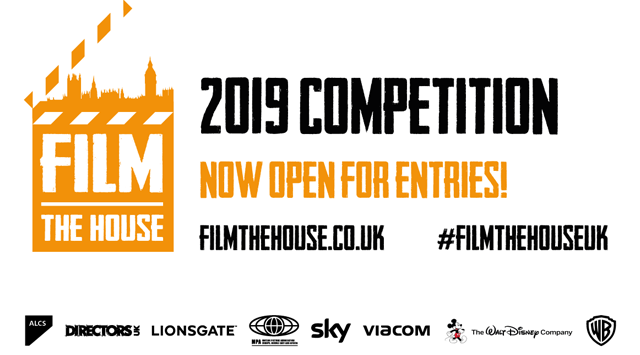 Film the House, Parliament’s annual cross-party film competition, is open for entries — and for the first time it will feature an award for Best Film Direction, supported by Directors UK.

Film the House is an annual competition based in parliament, geared towards finding new filmmaking talent. Now in its seventh year, the competition is also a valuable tool for educating creators on the importance of Intellectual Property.

Every year the competition awards filmmakers in the Best Script and Best Short Film categories, but this year a new Best Film Direction award (under and over 16) has been added, with the support of Directors UK.

Speaking about the new award, Directors UK Chair Steve Smith said: “We’re delighted to be part of Film the House and to introduce a new award: The Directors UK Award for Best Film Direction. We look forward to being inspired by the submissions from all over the UK. So, to those budding auteurs out there with ambition and vision, we encourage you to pick up a camera – even the one on your phone - and start shooting. Film the House aims to raise awareness of the value of intellectual property for creators. For working freelance directors this is particularly important as the royalties generated from copyright are a vital source of income. At Directors UK our aim is to protect directors and their copyright, ensuring they can sustain careers and continue to make films for others to enjoy.”

Entries will be viewed by MPs before finalists are selected by industry experts. Winners will then be presented at a ceremony at the House of Commons. The deadline for submissions is 19 December 2019 — so if you know a budding filmmaker who’d like to get involved, don’t hesitate to spread the word.

Find out more about Film the House.