One of you, many of us.
The Board
Also in this section

Directors UK is a governed by an elected Board of Directors drawn from its membership. The current Board is comprised of the following directors:

Also serving on the Board are: 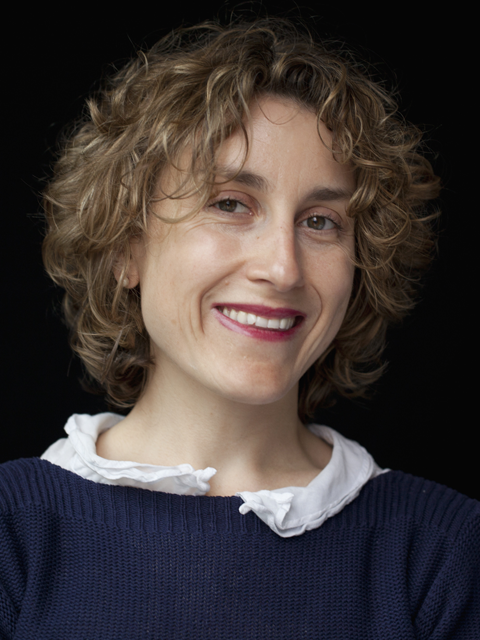 Anna Thomson has directed more than 30 films, including Long Lost Family: The Unknown Soldier for ITV, Portillo’s Hidden History of Britain for Channel 5, A Great British Air Disaster for Channel 4, Portrait Artist of the Year for Sky Arts, Al Murray’s German Adventure for BBC, Patisserie with Michel Roux for BBC, World War 2: The Last Heroes for Channel 4, and Objects of Desire for Sky Arts.

Anna has also directed the Sundance-backed feature documentary Yoghurt Utopia, as well as short fiction and branded content. She recently stepped up to executive producing, working on Tea with Bettany Hughes for Google Arts & Culture, and two one-hour films, Treasures of Malta and Treasures of Greece for BBC Worldwide and Channel 4.

Having served as Vice-chair of the Directors UK Board, Anna has regularly contributed to and hosted our events. As a former trustee of the Directors Charitable Foundation, Anna has run directing workshops in schools. She is also a graduate of ScreenSkills’ prestigious Series Producer Programme. 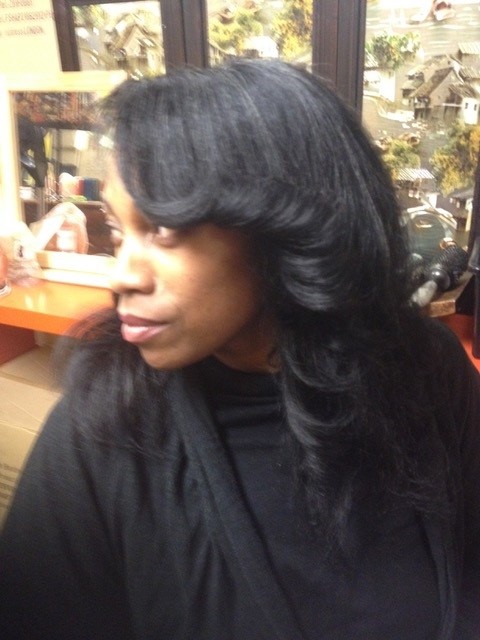 Avril Evans is a multi-award-winning writer/director of film, TV and commercials who gravitates towards audacious, global stories with an unflinching point of view and a dose of Afro Noir.

Recently selected for Edinburgh TV Festival’s Ones to Watch, Avril carries her love of complex stories and unconventional characters into her work and has written and directed short films commissioned by The Arts Council/Barbican and EastEnders: E20.

Her other work has screened at London, and Berlinale International Film Festivals, including the Film London-supported Playground and Famous Last Words, funded by ZDF/Arte.

An active champion of diversity, Avril worked for change with the BAFTA steering group for inclusion and is a Rare with Google Fellow. 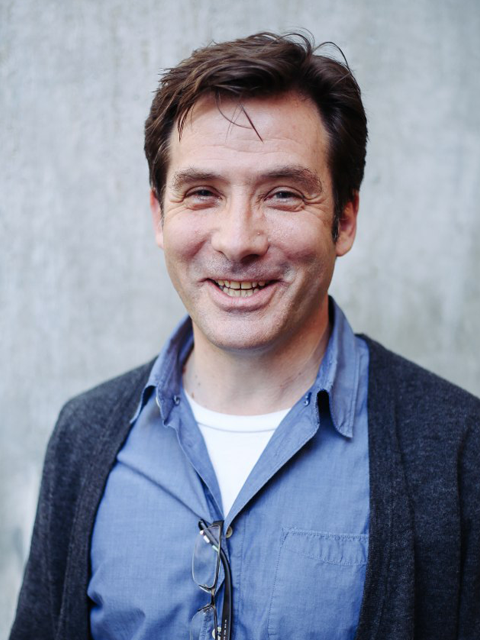 James Hawes is returning to the Directors UK Board, which he first joined as part of the group that oversaw the original UK rights agreement.

From a background in theatre and an early TV career in documentaries at the BBC, James began a freelance career directing dramas like The Bill and Holby City, alongside historical and investigative documentaries, including Inside Story. He has specialised in directing fact-based dramas and, more recently, ‘near future fiction’, with two feature length episodes for Black Mirror.

Like most directors, James turned his passion into a career, so if he has a hobby, it’s that time between contracts, worrying about what the next job will be. He and his family are based in London, with strong links to Cornwall where he grew up. 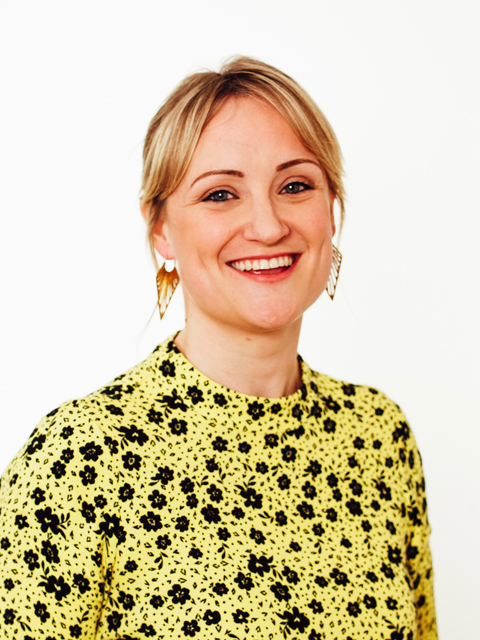 Zoe Hines is a BAFTA, Grierson and RTS Award-winning Self-Shooting Producer-Director, with experience filming in over 20 countries worldwide. Her work includes Muslims Like Us (BBC2), The Island (C4), Hunted (C4), Race Across the World (BBC2) and The Heist (Sky).

Since 2019, Zoe has been working as a Series Producer on the Netflix documentary series I Am a Killer, interviewing inmates on death row. And, more recently, presenting the podcast Letters from a Killer.

Zoe also volunteers as one of the administrators of Viva La PD, a grassroots collective of over 1,200 Producer/Directors. Since the pandemic, she has assisted with industry surveys and represented the Viva la PD community in meetings with the Department for Digital, Culture, Media and Sport, a Q&A with Tracy Brabin MP and at the presentation of a freelancers' petition to the Treasury. 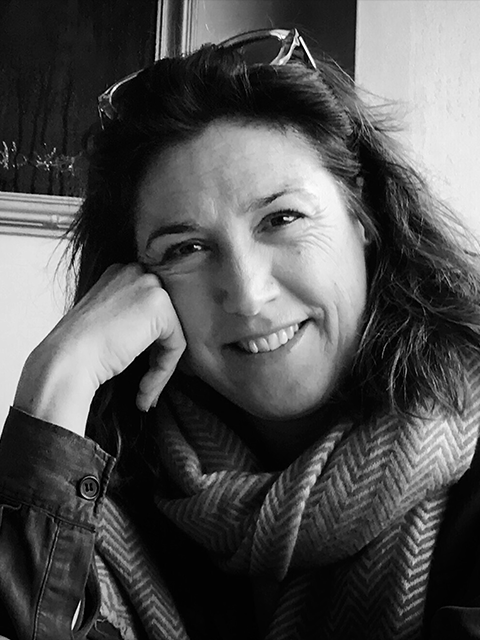 Jessica Hobbs has been working as a drama director for 30 years. Her work has taken her from New Zealand, where she grew up, to Australia, the US and now Europe. She moved with her family to London in 2014 and she has loved getting to know the vast talent that exists in the UK film and TV community.

Jessica’s background is in television drama and her credits include The Crown, The Split, Apple Tree Yard, River, Broadchurch and The Slap. She has experience as an executive producer and as a commissioning editor for the Australian Broadcasting Corporation, and she served on the board of the Australian Directors’ Guild. In 2021, Jessica was awarded the Emmy for Outstanding Directing For A Drama Series. 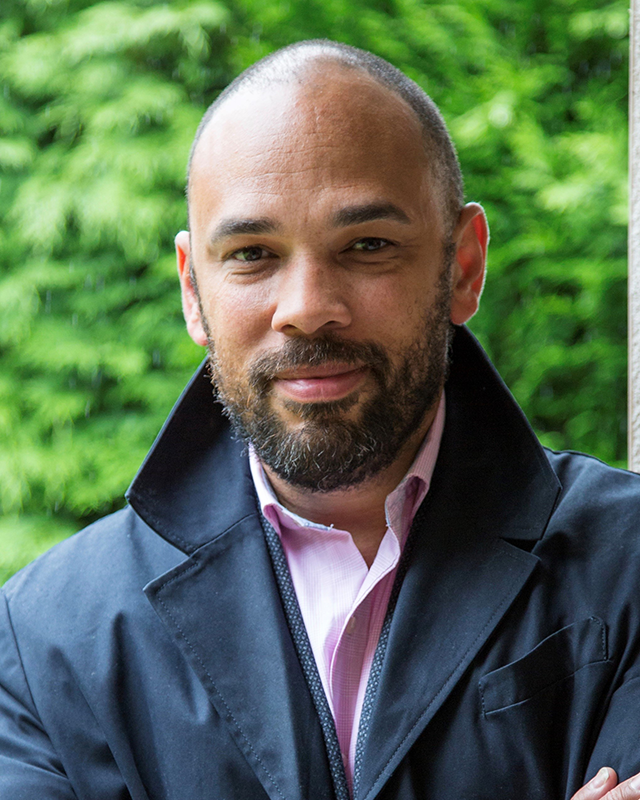 Alexander Jacob is an established director currently working in continuing and children’s drama, with extensive experience across different levels of the film and TV industry since the 1990s.

Most recently, Alexander produced and directed a brand-new show for Channel 5’s Milkshake called The World According to Grandpa, and his credits also include The Dumping Ground, Casualty, 4 O’Clock Club and Hollyoaks. Alexander’s directing career began in 2007 with his short film, Ruby, following many years experience as an assistant director.

Alexander is based in South Manchester, and is keen to achieve equity in our industry — not just of race and gender, but also of region. He lives with his cat, dog, wife and 2 children, and spends his spare timing baking, woodworking and watching TV — which he justifies to his family as “working”. 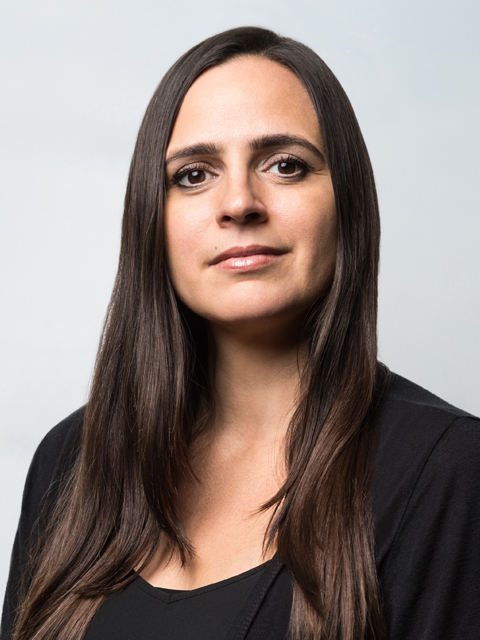 Alex Kalymnios is an established director working both in UK and US. She recently directed Three Families for BBC1 which is based on the true stories of families affected by anti-abortion laws in Northern Ireland. Before that, Alex directed and executive produced the US pilot Close Up for Freeform.

Over the last seven years, Alex has directed episodes of Titans, Impulse, The 100, Quantico, S.W.A.T., Once Upon a Time and Timeless in the US. In 2019, she directed the TV film Love You to Death starring Oscar-winner Marcia Gay Harden, and in 2015 she directed the film Cleveland Abduction.

Previous to that in the UK, Alex directed the three-part special that formed the final series of Scott & Bailey, as well as The White Princess starring Jodie Comer. She started her drama career directing Hollyoaks, EastEnders and Waterloo Road. She also directed BBC3’s critically-acclaimed hit Becoming Human, which was nominated for a BAFTA Cymru Award in 2012. 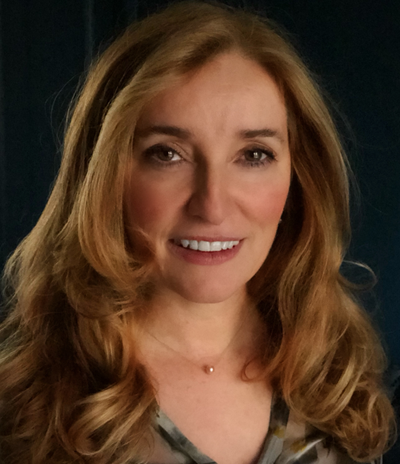 Currently based in Glasgow, Karen Kelly is an RTS award-winning freelance director. She began her career at the BBC after graduating from the Royal College of Art Film School. Her production background includes directing and series producing over 50 hours of network television across factual, long form obs docs series, specialist factual films and high-end drama docs as well as feature documentaries. She is currently showrunning a new series for Netflix with Nutopia. 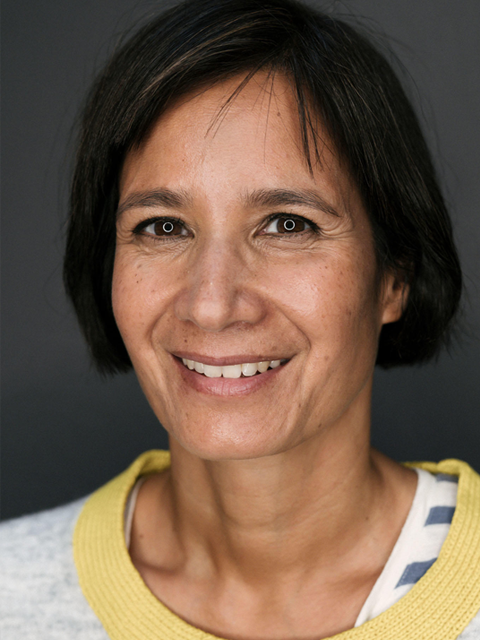 Tinge Krishnan is an award-winning film and TV writer-director, who started her career out as a doctor with posts in Cardiology, Orthopaedics and in the ER, but quickly segued into filmmaking with her first Bafta-winning short film, Shadowscan.

Tinge has gone on to make critically acclaimed feature films, including the Netflix musical Been So Long starring Michaela Coel, and has directed episodes for series including The Exorcist for Fox, The Feed for Amazon, Bafta nominated The Windrush Chronicles for BBC, Industry for HBO, The Mosquito Coast for Apple TV, and most recently Temple for Sky One.  She is currently filming 2 episodes for Apple TV's upcoming series WeCrashed.

In addition to her film work, Tinge currently serves on the board of Childline Thailand and was a trustee of Safe Child Thailand (UK) until Q4 2020 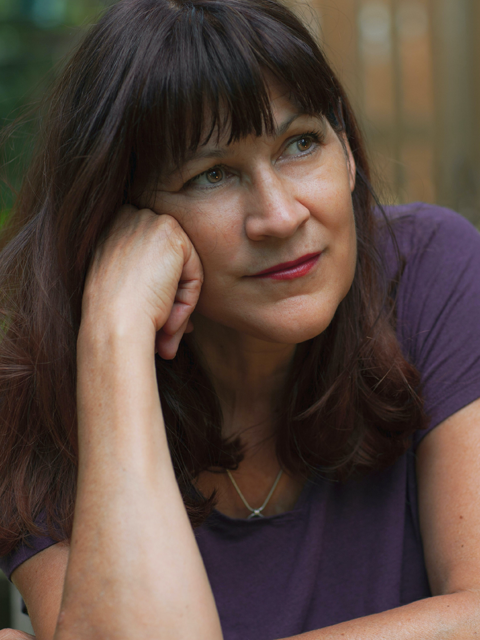 Carolyn Saunders is Canadian but had a nomadic upbringing, traipsing around air force bases all over the world, where her father flew Starfighters. Her grandad was Romany Gypsy, displaced in a British-Canadian child migration scheme that tore him away from his family and culture. Issues around identity and home have therefore shaped her upbringing and informed her storytelling.

As a single mother, Carolyn postponed directing for several years so she could work from home, writing documentaries for TV as a former journalist. Her greatest hits include Amazon’s feminist-skewed Ted Bundy series, Falling for a Killer.

Once her children were grown, Carolyn shot a microbudget horror in the UK and stayed here. Her next feature has recently been a part of Meryl Streep’s The Writers Lab scheme. She shot a proof-of-concept for this project as part of the Directors UK Challenge ALEXA competition in 2020.

Carolyn is stupidly in love with storytelling, her boys, troublemaking, and her black lab, Waggo. 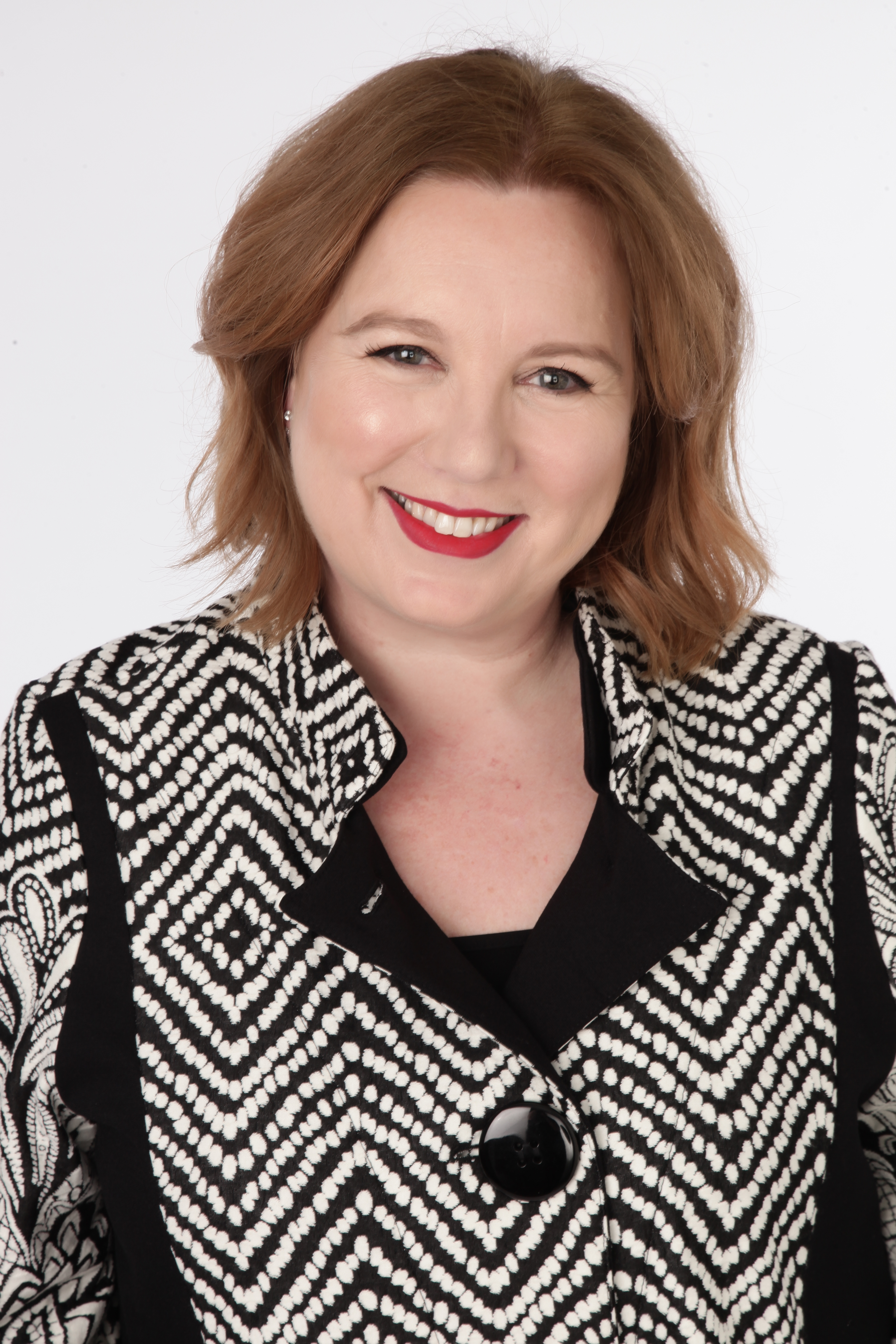 For over 30 years Deborah has worked in the copyright and collective management industries. Originally a solicitor and partner in the Intellectual Property department of law firm, Taylor Joynson Garrett (now Taylor Wessing), she specialised in copyright and  entertainment law. She acted for several collecting societies in the music, visual arts, publishing and audio-visual industries, including, as it was then, the DPRS.

In 1998 she left private practice and took up the position of Head of Legal at the record companies’ UK collecting society PPL/VPL and then moved to the Performing Right Society in 2003. In her position as General Counsel  at PRS until April 2020, Deborah was part of the Executive Leadership Team and had responsibility for the provision of legal services to the company for the policy and public affairs functions. In that regard has been heavily involved in many significant regulatory and legislative developments affecting copyright and the creative industries in Europe and the UK. Tom Toumazis MBE has a portfolio of directorships focused in technology, media and the arts.

He’s a founder investor and Chair of four start-ups from a variety of industries from data analytics, to online art retail, from mobile games to the biggest Expo in the UK for the Hemp, CBD and Medicinal Cannabis.  He’s also Non-Executive Director of the Performing Rights Society for Music.

Tom has held senior roles in the film and entertainment world at ITV, The Walt Disney Company, Eurosport, Endemol Shine and Yahoo! He’s run small and large businesses, from start-ups to businesses employing over 7,500 people.