Published on: 25 January 2016 in Career Development

Last week saw the launch of our new multi-camera training initiative, designed to provide six young directors with the technical knowledge they need to become the next generation of multi-camera directors. After a busy week at The London Studios, a couple of the participants got in touch to tell us how the first week went. 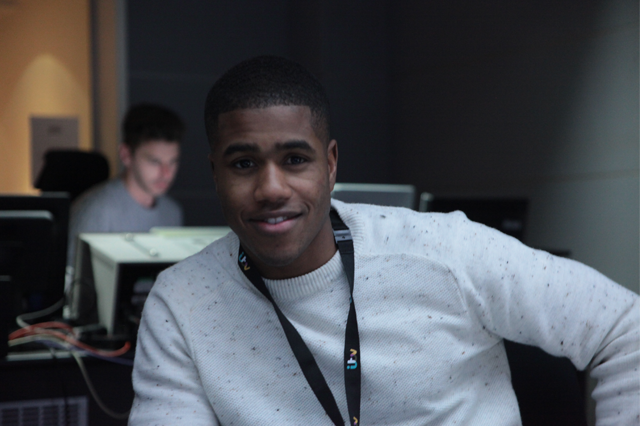 “Week one of this scheme has far surpassed my expectations and I already feel that I am a better director than I was a week ago.

The balance and dynamic of Tony Gregory and Jane Elsdon-Dew’s teaching styles has worked brilliantly. Although both have their own distinct teaching methods, they are both extremely organised with a huge wealth of knowledge and an unbelievable ability to teach using a variety of learning methods. This, coupled with the master classes from top industry directors including Nikki Parsons and Steve Smith and experts in other areas such as Angela Jain and Jonathan Green (set design and digital channels, respectively), has provided a real insight as to what makes a good director.

Having regularly directed news I am accustomed to working in a live environment but before this week had never scripted, directed music or a panel show. The combination of theoretical learning, practical demonstrations and then being thrown in to direct with a full crew using top class facilities at The London Studios has been superb!

Each day has been a different challenge. We have tackled different types of programmes using the skills developed to direct interviews, busk music, panel shows and then on Friday a daytime show in the style of This Morning, which included music, interview and cookery.

Tony or Jane reviewed each show and commented on both the visual output and the audio recorded direction. The chance to get one-to-one feedback on a day-to-day basis from two highly regarded individuals in the industry has been invaluable. Not only has it enabled me to identify my strengths, but more importantly has helped me identify which areas I need to focus on and develop further.

Taking on different roles such as camera operator and vision mixer whilst the other trainees directed has also broadened my mindset into giving more consideration to what information and detail the various roles require.

The enthusiasm and contribution from the crew at The London Studios has been fantastic. They demonstrated real professionalism and skill across all areas creating a real live environment. So a big thank you to all involved.

And now, all roads lead to Pinewood - bring on week two!”

Jan has worked with some of the UK’s top production companies including ITV Studios and Sky across news, sport, reality and observational documentaries.

Jan started as a Technical Operator for Bloomberg, gaining experience in vision mixing, sound and cameras. He completed a short BBC Multi-Camera Directing course and developed as a Studio Director with Bloomberg and Sky Sports News as well as reality directing on Celebrity Big Brother, Love Island and 24 Hours in Police Custody. 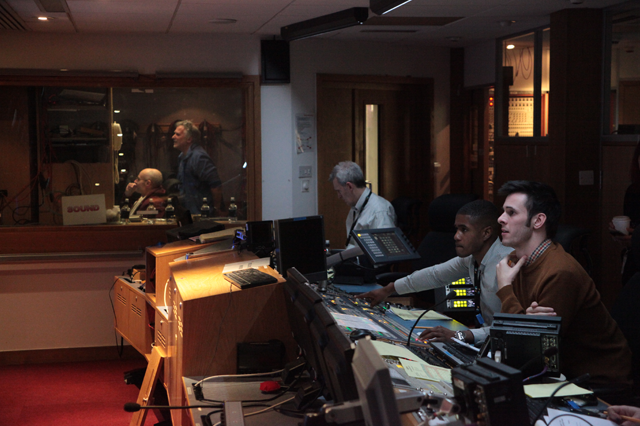 “The course has been absolutely amazing and I feel I’ve learnt so much already. Still got another week to go!

The opportunities so far have been incredible, from workshops with industry professionals including Nikki Parsons and Angela Jain, to directing chat shows, panel shows and even busking music. I’ve always wanted to learn how to script live music. We were lucky enough to observe Steve Smith’s music rehearsal and follow the performance with a camera script. It was incredible to see the camera operators in full swing and seeing the de-brief, where all crew watched the take back. Being a huge fan of live music, I cannot wait till we begin the music scripting side of the course at Pinewood”.

After graduating from the University of Westminster, Lewis started working as an edit assistant, working on case studies, branded content and live-streams. It was the live aspect that grabbed his attention and persuaded him to go and work for London Live.

Starting as a technical runner, he worked his way up into engineering, but soon was asked to direct a live programme. Since then, he has been directing live news on a daily basis, including directing a mix of OBs and studio formats, from live coverage of the Notting Hill Carnival to Goat Race, and studio shows such as Live from London and most recently, Jimmy Bullard Kicks Off.

With a passion for directing live music, Lewis would love to work on live music programmes and entertainment formats. 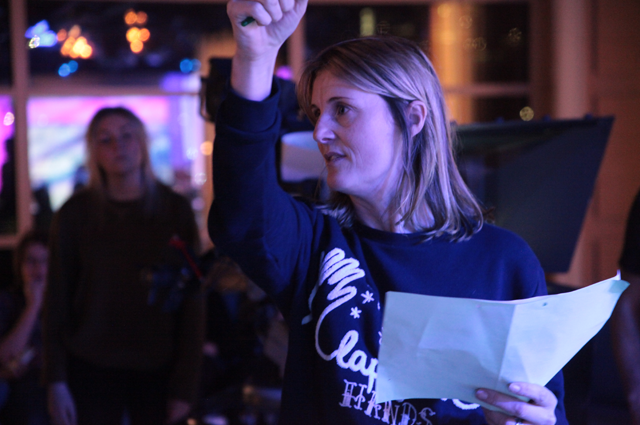 “It’s the end of a fantastic week of intense training.

I have now directed a panel show, busked a music performance and directed a live magazine show with virtually no rehearsal time and a few last minute changes.

I’m extremely grateful to Tony and Jane, our amazing tutors this week. They have taught us so much and by Friday I felt surprisingly confident going into the live show.

The facilities and all the crew at The London Studios have been brilliant as have the bands and presenters.

I feel incredibly lucky to be doing this course and am excited and slightly nervous about what they have planned for us at Pinewood”.

Kelly Sparks has been working as a producer and director for 14 years. In that time she has directed numerous multi-camera shoots including live OBs for shows like Ant and Dec’s Saturday Night Takeaway, hidden camera shoots on shows like Surprise Surprise, and numerous single-camera and multi-camera PSC shoots. Additionally, as a trusted and experienced director, Kelly has often been brought in to set the style on new series and to work with high profile talent. She has worked across genres and for various channels including BBC1, BBC 2, ITV1, ITV2 and Channel 4.

Kelly recently directed a chat show series called Gossip Match for Trace TV, a 3-camera set up with two presenters and various guests. It was a fantastic experience and hopefully the start of her studio directing career.

We’re also thanking our studio partners, without whom this course would not be possible. Today we’d like to thank Pinewood Studios, where our participants will be moving for the second week of the course.

The Pinewood Studios Group is a leading provider of studio and related services to the global film and television industry. Synonymous with world class British and international productions, the impressive heritage of its UK-based Pinewood and Shepperton Studios date back to the early 20th Century and are home to some of the most successful feature films and TV shows ever made.

The facilities comprise the best quality sound stages, a globally unique underwater filming stage, a wealth of specialist production resources including 3D printing and lighting, state of the art TV studios, post production and digital content services. The studios also offer easy access to the world’s most experienced crews as well as the expertise of hundreds of complementary media companies based at its Pinewood, Shepperton and Wales Media Hubs.

Renowned across the globe for excellence in its field, the Pinewood brand has been exported overseas to studios in Toronto, Canada; Atlanta, Georgia, USA; Iskandar, Malaysia and the Dominican Republic, and in the UK, Pinewood recently opened Pinewood Studio Wales, just outside Cardiff.

The Pinewood Group offers equity and debt financing to UK film and television production as part of its growing range of advisory services, representing media funds of both Isle of Man and Welsh Governments.