In 2016, MA production graduate Mara Manzolini read Directors UK’s study, “Cut out of the picture” and was inspired to create a short film that highlights the issue of the under-representation of women in the UK film and TV industry.

How did you find out about our ‘Cut out of the picture’ study?

I came across the Gender Balance report spring 2016 when it was released. Stephen Follows and the MET Film School had shared it with the students to raise awareness.

What was your objective in making this film?

At the time the film was made I was still a student, and although I was just starting off as a producer I myself had come across the issue of the under-representation of women on several projects, which can be difficult on set for the few that are actually there.

When I then read Directors UK’s study “Cut out of the picture” I felt I wanted to contribute to change. Since this film, Shifting Focus, I have actively been looking for women directors to collaborate with and to raise the involvement of women on set (my last short for Screen South has only three men involved in the production, out of 27 people!).

Given that as a producer I am able to have a say in who is hired I am strongly committed to carrying on with this hiring criteria. 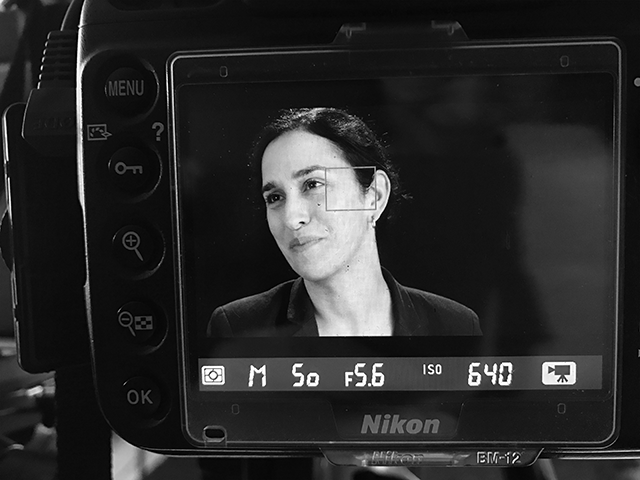 What did you learn while you were making it?

I think that making this video taught not only me but also the crew and the interviewees not to give up, and to fight for what we believe in. And the change has to start with the production companies and the producers. Emma Smithwick (one of the interviewed producers) was not aware of how bad it was until we told her. When I saw her a couple of weeks back she told me she has also changed the way directors and the rest of the crew is hired in her company. I think that’s a great little success already!

What are your next steps?

My next step would be to release the film in the best way and hopefully it will raise awareness online and in the film and TV business. As this cause is very important to me I hope I will be able to contribute more to it in any way I can.

Currently, I am in pre-production of my first feature film — a crime-thriller about washed up detective Michael Baldwin of the Metropolitan Police Force, and his race against time to find a serial child murderer whilst battling his own demons. Additionally, I have a short Random Acts experimental film, Loud Places, produced by Screen South in post-production

Read our report on gender balance, “Cut out of the picture”.