Cut Out of the Picture: A study of gender inequality among directors within the UK film industry

Directors UK today urges the film industry to take decisive action to tackle the issue of gender inequality among film directors in the UK, calling for 50% of publicly funded films in the UK to be directed by women by 2020.

This call comes off the back of a new report commissioned by Directors UK, which shows that the figures for women film directors have not improved in ten years, with women making up just 13.6% of working film directors. The report explores the factors that have led to these figures, such as career progression, budgets, genres, critics, audiences and public funding, and discovered how the industry culture leads to vastly different outcomes for men and women directing film.

Films command a great deal of influence on everyday society and the role of directors as storytellers is fundamental to this. This is why it is incredibly important that film directors reflect the audience they serve. By diversifying the pool of directors we open film up to a greater range of perspectives and stories.

Gender inequality in the film industry has long been acknowledged as a serious problem, but despite high profile discussions and debates progress has yet to be made on the disparity between the number of men and women working as film directors. Directors UK wanted to get behind the numbers and identify the root causes as to why women directors are consistently disadvantaged when trying to become a director and in progressing their careers. This study provides us with new insight and understanding as to what is causing this inequality and has helped us formulate a number of recommendations that would, if implemented, bring about industry-wide change.

There are also a number of important things you can do to help support our campaign. Find out more.

From examining these films, we found that: 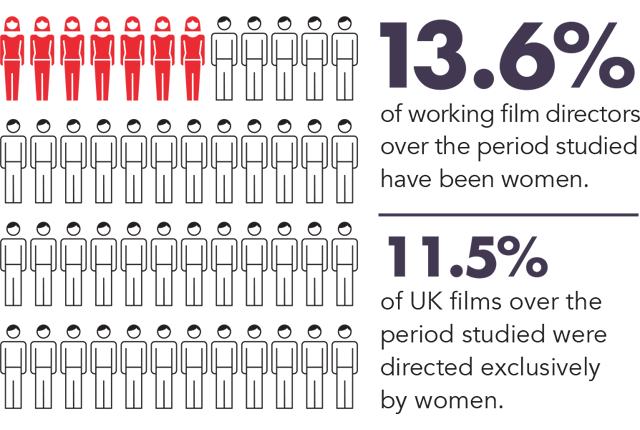 Over the ten-year period studied, the percentage of UK films directed by women increased by only 0.6%.

Women directors are also disproportionately under-represented within certain genres, such as action, crime, horror and sci-fi.

This means that on average:

For more stats and a detailed explanation of these figures and where they came from please DOWNLOAD THE FULL REPORT.

As well as investigating specific film releases, the study also looked at the wider issues affecting women directors throughout their careers. The study concludes that gender inequality is primarily due to unconscious bias caused by systemic issues, which are sustaining and creating these biases and resulting in fewer films being directed by women. It identifies four key systemic isssues: 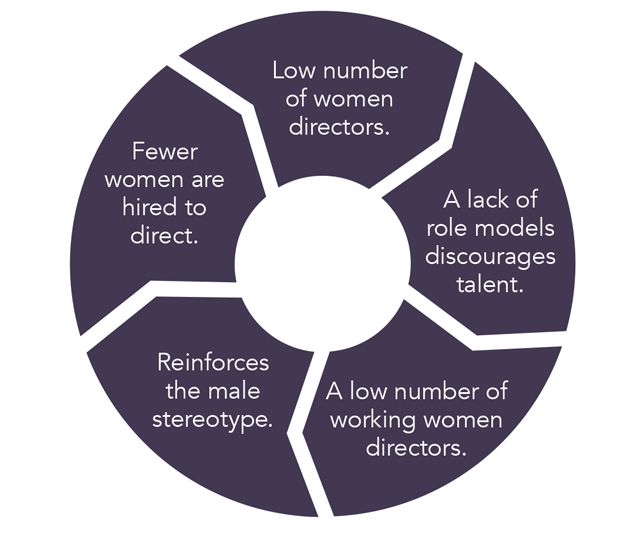 For more information about how the study explored these issues please DOWNLOAD THE FULL REPORT.

Both publicly funded and commercial film sectors have a role to play in ensuring a healthy and diverse range of voices in UK film.

Despite being the best performing area of the industry, public funding support for films directed by women had fallen dramatically in seven years, from 32.9% in 2008 to 17% in 2014. If this decline continues publicly-funded films will soon perform no better than the commercial sector on gender equality.

All these issues have the effect of limiting and inhibiting women directors at every stage in their careers. By looking at film school intakes the study was able to confirm that women entering the industry are there, it’s just that very few of them are getting the opportunity to go on and make films.

And what’s more, as budgets rise fewer and fewer women are hired as directors. 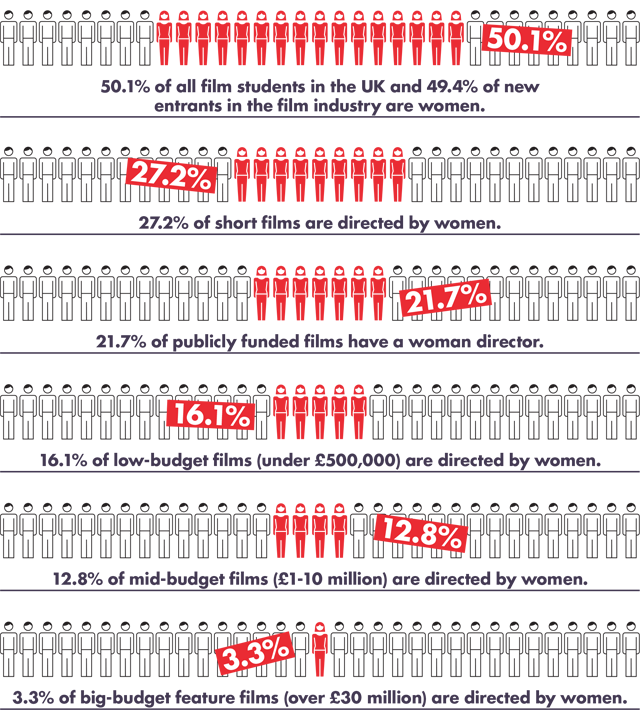 1. 50% of films backed by UK-based public funding bodies to be directed by women by 2020

Public funded film offers one of the most direct opportunities to impact gender inequality in the film industry. Four years is a realistic time-frame to put in place suitable schemes and initiatives to meet this target. In addition, we recommend a requirement for all public funders to monitor and report on gender.

2. Development of the Film Tax Credit Relief system to require all UK films to take account of diversity

This aspect of government support for the UK film industry touches all films produced in the UK, and therefore is the most powerful mechanism for directly influencing industry-wide change. We suggest that in order for any film to qualify for UK tax relief it should be required to fulfil ‘diversity’ criteria, including gender, as part of the test.

Government, industry leaders, agencies, production companies and public organisations all need to take decisive action to tackle gender inequality in UK film, and to work together as one industry to support equal opportunity regardless of gender.

“It cannot be acceptable that in 2016 any industry with this level of inequality continues to go unchecked - not least the film industry that plays such an influential role in our economy, our society and our culture. The first step to tackling this is by understanding why these disparities are happening in the industry. With such comprehensive evidence we can now pinpoint and address the areas that need the most attention and focus on rectifying it. Our suggestion of a 50:50 split in public funding is something that has been achieved in other countries, such as Sweden. Equality of opportunity in UK film making is something we should all be working towards”.

“We are calling for strong action because we don’t believe that the situation will change without it. This report shows that women directors are limited and inhibited at every stage of their career – from making their first short films to working on big budget productions. Gender inequality must be tackled at every level by everyone involved in hiring and funding decisions, including directors themselves. The time for talking about low numbers has passed. Now it’s time for change”.

Directors UK also spoke to a number of other directors, including Sarah Gavron, Susanna White, Oliver Parker, Beeban Kidron, Debbie Isitt and Mat Whitecross. We asked them for their views on the study and the impact of gender inequality within the industry. Read what they had to say in this separate article. 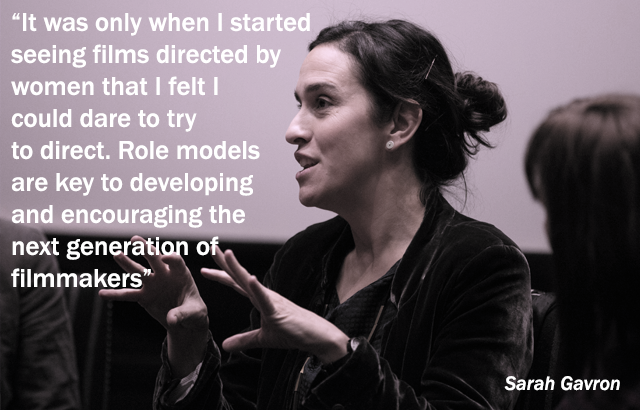 We will continue our campaign calling on all parts of the UK film industry to make clear their commitments to tackling the causes of gender inequality among directors. Recognising our role in supporting women to become directors and progress their careers we commit that:

Our campaign will develop support in the following areas:

BBC
Women make up just 13.6% of film directors in the UK

BBC Radio
The Today Programme (link expires May 31)
0740- In 2005 just over one in ten UK films was directed by a woman. But despite attempts to improve gender equality within the industry in over a decade, hardly anything has changed. Susanna White is film director of Nanny McPhee, Jane Eyre and Bleak House.

Cineuropa
Women filmmakers Cut Out of the Picture

The Guardian
Give half of UK film funding to projects led by women, directors say
Are you a woman working in the film industry? Share your experiences

The Guardian Blogspot
The movies are a boy's club, so break it up, Zoe Margolis

IMDB
Give half of UK film funding to projects led by women, directors say

Stylist
Revealed: the shocking extent of gender inequality in the UK film industry

The Times
Sexist film trade cuts women out of directing

Directors UK, you and the search for non-member directors