Director Michael Lavers recently ran a Kickstarter campaign to achieve funding for his upcoming short film, Joseph’s Reel. He wrote to us and we featured the project on the Directors UK Kickstarter page. Having now finished filming, we asked him to tell us a little bit about the process that went into making it (including filming on 35mm) and setting up a successful crowd-sourced campaign.

“The idea of crowdfunding always made me cringe…”

Joseph’s Reel is a 14 minute short film, about an elderly man who gets the chance to relive one day of his life before passing away.

We knew that we wanted to shoot Joseph’s Reel in the spring if post was going to be finished before the festival season kicked off around August. Our producer Collie McCarthy worked out that we could get the film we wanted shot for about £15,000, which was roughly 70% of the budget. The idea of crowdfunding always made me cringe, as I'm not naturally inclined to go to people with my cap hand, but Collie shook me out of it and I'm glad he did.

We decided on a 30 day campaign, with a pledge target of £10,000. We felt that that was ambitious, but not unobtainable if we worked hard and made a great campaign. We researched other successful crowd funding projects and came up with a list of absolute musts for it to be a success.

The first was strong, watchable promo content that tied in with the concept of Joseph’s Reel, so we could engage people that would want to see the film get made. In February we went out as a 3 man crew to Covent Garden, running with a Canon 60D and asking the public our tagline “if you could relive one day of your life, which day would you choose?”. After a slow start we got some amazing - some hilarious, some weird, some poignant - answers from the public and I edited together a two minute video with a ‘Made in Support of Joseph’s Reel’ tag at the end. We also created a ninety second Sizzle Reel which was well received. Together, these videos became the core of our media push.

We also worked hard on the Kickstarter campaign introduction video/page. We didn’t try and do anything particularly special or cute, instead opting to give it straight - pitch the film, explain what we needed, what we already had, and what we would do with the money raised. We tried to keep it as short but detailed as possible. We also researched what worked and what didn't in terms of reward schemes, making sure there was a donation level for everyone and that the rewards were scaled proportionately to the amount pledged. 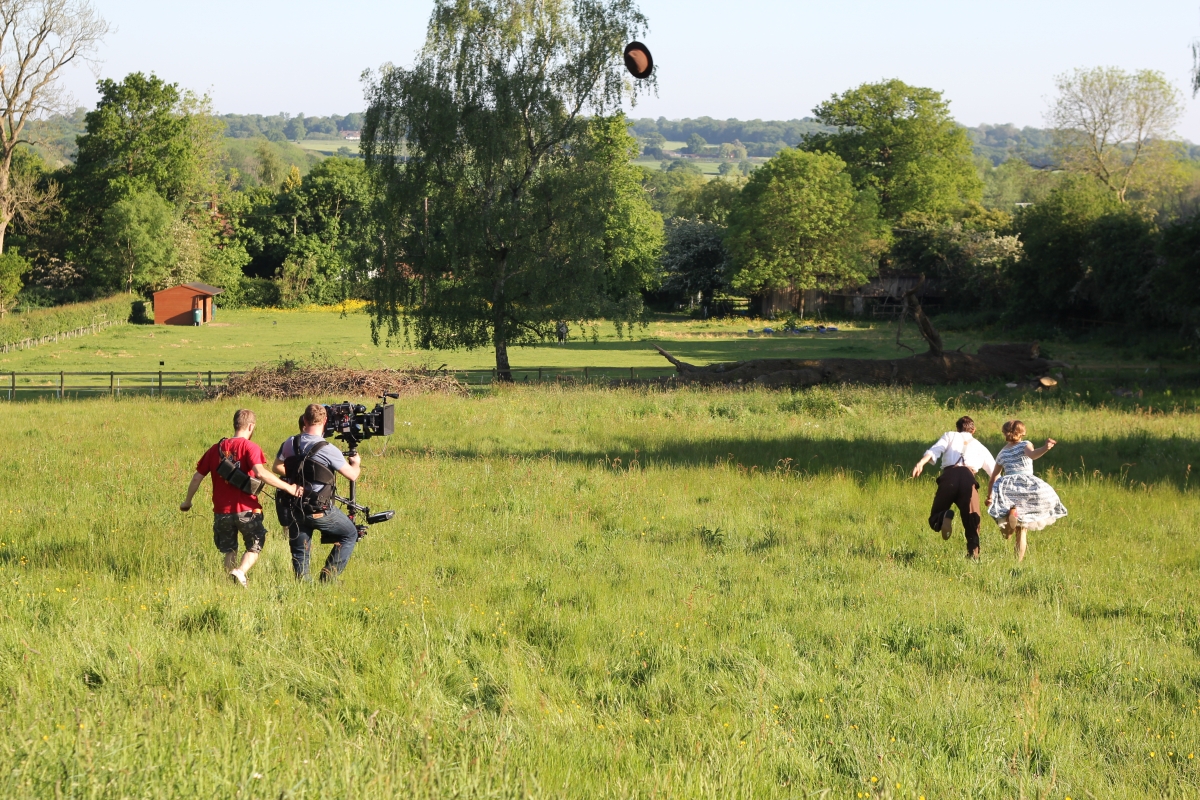 “It's all centred on knowing who your audience is…”

We contacted a few dozen blogs and online resources that we thought might be interested in the project as early as possible, trying to offer something in terms of press or interviews to them rather than just asking for a favour. Directors UK were one of the sites that helped us, and featured our campaign. To be honest we were blown away by the support we got. We found that if people like your story or idea then more often than not they’ll be willing to help you. It's all centered on knowing who your audience is.

The run-up, creation of content, and 30 day campaign itself was a full time, daily job. We had to commit to it, trying not to fatigue potential pledgers but still releasing new content as much as possible. At the beginning I was nervous asking friends and family, but as it went on I sort of lost all shame. We were blessed to be surrounded by incredibly supportive people and managed to raise £5k in our first week! We got some very nice coverage from online blogs, went on a local radio show, and made a final week push and a thank you video. We finished with £11,400. We then approached some private investors for enough to start shooting – and even though we are still today seeking finishing funds, we thankfully secured what was needed to get the cameras rolling. Collie loves to set deadlines that I think are impossible, but he always proves me wrong; we were on principal photography a month after our campaign ended.

The shoot itself went really well. We were excited to be shooting on 35mm film, and working with talent like Robert Hardy, Alice Lowe, and two fantastic young actors Oliver Tilney and Ella Road. On top of the cast we had a talented, hard-working crew, beautiful locations, and we even got lucky with the weather - a 4 day stretch of sun sandwiched between two rain-sodden weekends!

Collie managed to get hold of a mix of Fuji and Kodak day and night stocks for free, and Eben Bolter (see below) and I spent time discussing the look we wanted to achieve. Eben's a great cinematographer; he lets the story dictate the look, but he's also not afraid to go with his instincts. It also helps that he's a really positive force on set. The film is set in two time periods, so we worked out ways to contrast the flashback and present day scenes with different film stocks, lighting, camera movement and anamorphic/spherical lenses. 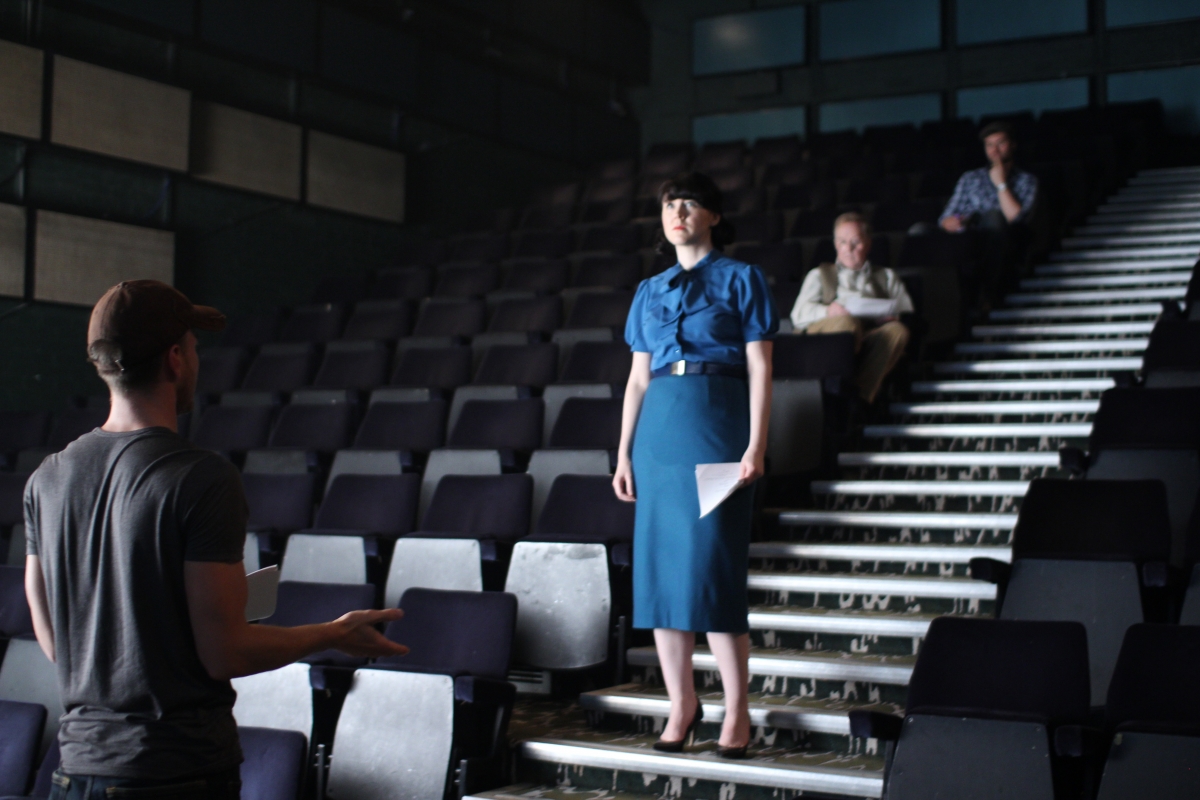 “Every take is a lot more precious…”

This was the first time I'd shot film and it changed the dynamic on set quite a bit. Every take is a lot more precious. That’s partly because of money, but also because we didn’t have a playback monitor. It just makes everything that little bit more pressurised (was the focus ok? did we get the performance?), but it also meant everyone upped their game, which created a great energy.

A lot of filmmakers seem to have some trepidation about shooting on film, and obviously it can be more expensive, but I think it’s been blown out of proportion a little bit. You might need to call in a few favours, and as I said it can make your day that little bit more stressful, but the look you achieve is absolutely worth it. It doesn’t have to become this mythical entity. I’m sure digital will one day be indiscernible – I just don’t think it’s there yet.

The last day was probably the most stressful. We were shooting a cinema scene at Riverside Studios in Hammersmith, and we had issues with rush hour traffic and – as ever – time. We had to really run and gun to get all the shots I wanted. It went right down to the wire but I'm happy with what we got.

We’re deep into the edit now and I'm already excited. We still have investment to chase and there’s work to be done, but I can’t wait to show it to the people that helped make it happen, and then get it out onto the festival circuit.

“Representing this story on anything other than film felt insincere…”

Eben Bolter, the director of photography on Joseph’s Reel, also had a few words to say about the shoot and their use of 35mm film:

From my very first conversations with Michael, it was obvious we had to do everything possible to tell Joseph’s story on celluloid.

Joseph’s story is a sincere and vivid tale of love, life, memory and loss, set in two distinct time periods 50 years apart – with the physical form of celluloid actually featuring as an important plot device. Representing this story on anything other than film therefore felt insincere and would have betrayed the story; we simply had to find a way to make it happen.

Digital cinematography has come so far in recent years and with ever decreasing budgets and therefore time, I understand why film has become somewhat sidelined as almost a taboo subject with producers, however the realities of shooting on film aren’t nearly as bad as some would have you believe.

Out producer Collie found a fantastic deal on some 4-perf Kodak and Fuji stock which was perfect for our different time periods and locations: we shot Kodak 5219 for our modern day exteriors and Fuji 8583 spherical master primes for our modern day interiors, contrasted with 4 perf C series anamorphic Fuji vivid 8547 and 8546 for the 1950s. We received a fantastic deal from ARRI London on a ARRICAM LT with lenses, and another great deal from Cinelab who are just starting out here in the UK but have a fantastic reputation in the US.

There’s no doubt that by shooting on film we increased our bottom line budget for the camera department and post. However, it’s the unquantifiable advantages that come with film that are so important and those don’t show up on budgets. The magic of celluloid on set is more alive than ever and actors and crews alike respond to it. There’s an atmosphere of professionalism, respect and most of all sharpness when shooting film that has been lost in this age of ‘shoot the rehearsal’ digital.

In terms of quality, there’s still nothing like celluloid. The Alexa and Dragon have of course come close and each brought their own advantages in various ways, but in my opinion the way celluloid deals with colour and contrast in such a rich, organic way still hasn’t been surpassed and is worth fighting for.

Working with Michael is always a complete pleasure. He’s a wonderful director who understands story, performance and visual storytelling. He has great ideas but will also encourage collaboration to take those ideas even further. I’m really proud of what we achieved on Joseph’s Reel and I’m certainly going to reference it often on my upcoming shoots.

Tom Hooper and Danny Cohen recently spoke about the director-cinematographer relationship at Directors UK's The Directors' Festival, go here to read the live tweets from the session.