Directors UK member Richard Elson has spent his December directing A Christmas Star for children’s charity Cinemagic. Cinemagic aims to motivate and inspire young people through the magic of film, television and digital technologies. A Christmas Star will be their first feature project, pairing young talent with a whole host of Academy, BAFTA and Tony award-winning professionals, including narrator Liam Neeson. We asked Richard to tell us about the project and what it’s like to direct within the charitable sector:

How did you begin directing within the charitable sector?

A Christmas Star didn’t feel like working in the charitable sector – it’s a feature that just happens to have a charity as its production company. Over the last few years a lot of the directing work I’ve done has been within the charitable sector but so far it has all been for documentary or corporate projects. This is the first I’ve done where a charity has initiated a feature film, in fact it’s the first time I’ve heard of it being done full stop. 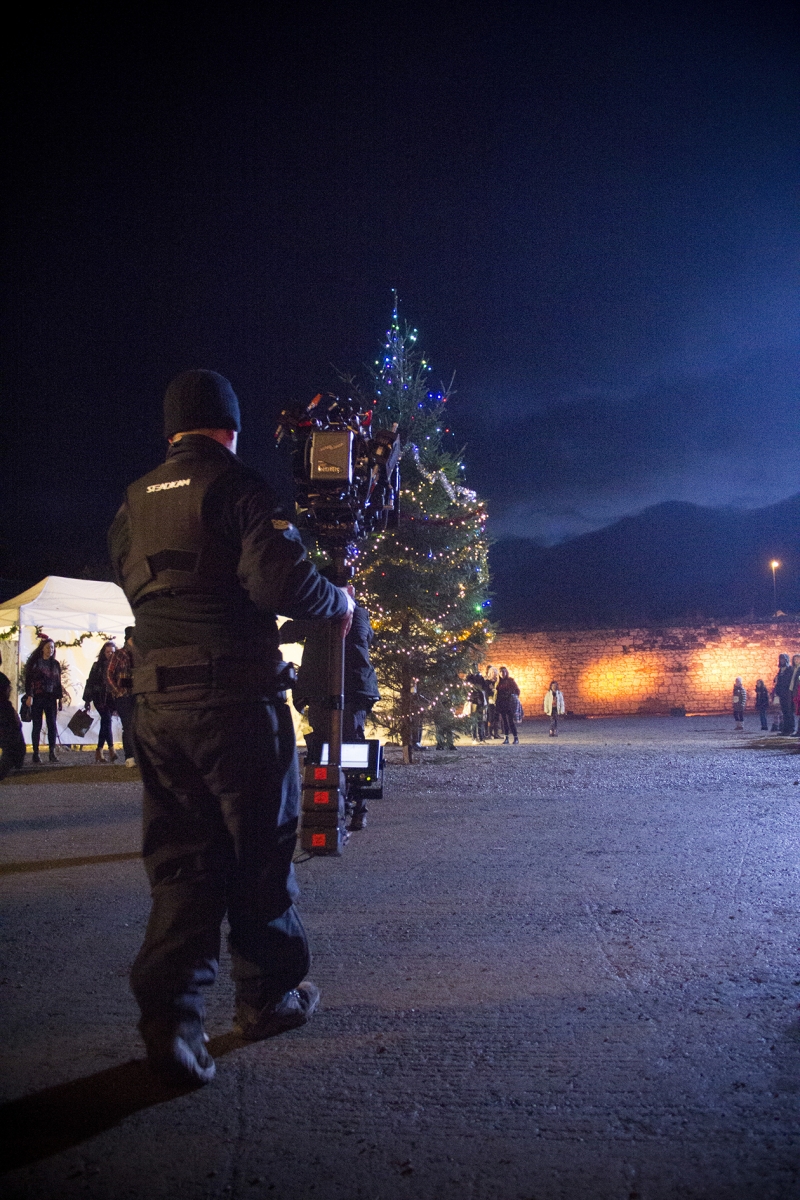 What are the challenges of directing for the charitable sector? Do you feel like you have less control or more?

As far as the filmmaking goes there’s been no difference between this and any other film or broadcast drama I’ve worked on. The production company behind it may be a charity but they’ve hired a cast and crew used to working on everything from the James Bond films to Game of Thrones, so it’s run exactly the same as any feature.

We faced the same challenges anyone has raising the budget and we made it for less than originally planned. I’d say one thing in particular we struggled with was losing a week of pre-production; we went ahead with two weeks prep and as a result we were adjusting a fair amount on the fly. I doubt that’ll show on screen but it meant that everyone had to be on their toes.

What outweighs this is the goodwill given to us in part because there’s a charity backing the project. It’s a very ambitious script for something so low budget, yet somehow we were able to pull off having over 13,000 extras, 36 locations and a cast of 25. 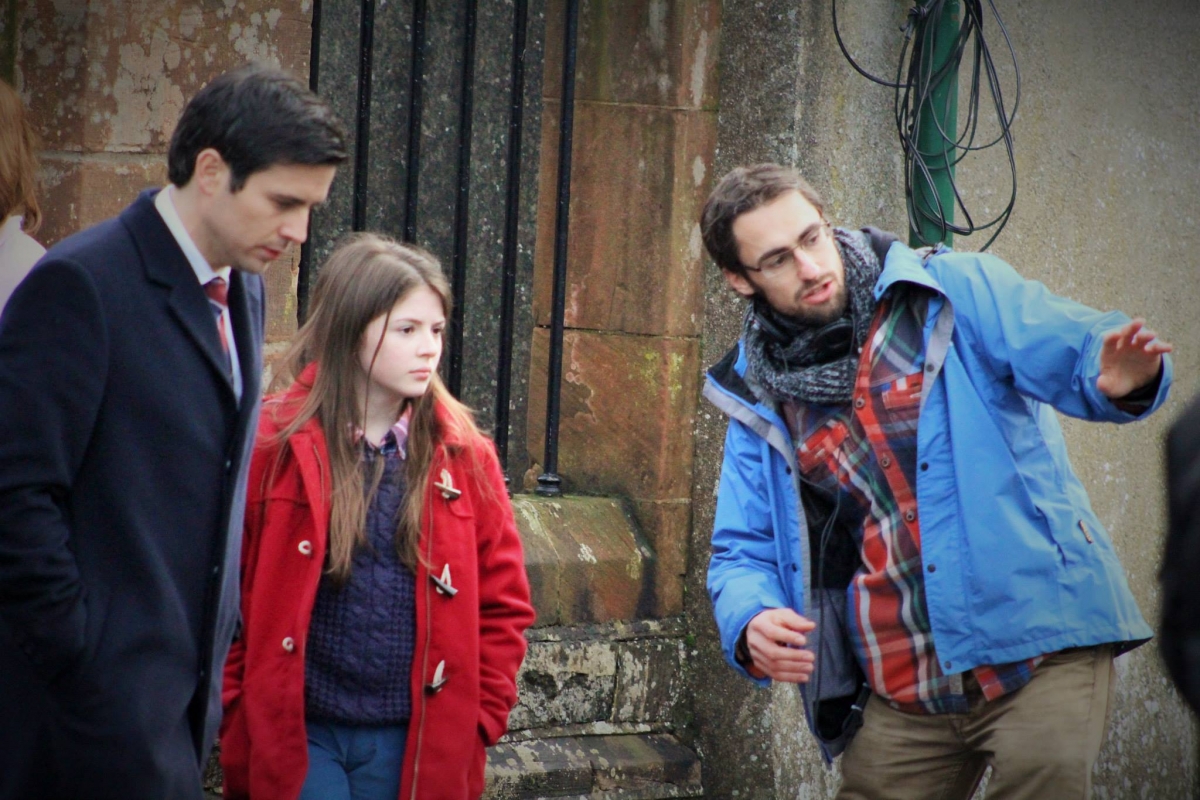 What skills do you bring back to your other work?

If I take anything from this onto other projects it’ll be the sheer belief that anything is possible. When I signed up to A Christmas Star there was a lot of talk about the names who would be in the cast and what we were filming and I took it all with a pinch of salt, but early on I started to realise it wasn’t just talk and this was actually going to happen. That all comes from the producer, Joan Burney Keatings, who has an unwavering positive determination that seems to smash through conventional barriers, and it’s certainly an inspiration for the future.

What did you learn about crowdfunding from the A Christmas Star campaign?

This is the third crowdfunding project I’ve been involved with and I do find them problematic. The first two made their target, but unfortunately this didn’t and I’m not sure why. The most successful one I was involved with was a documentary called Shadow Trade - The Price of Loyalty. It was about the illegal dog meat trade in Thailand and I think the reason it won its crowdfunding target was because there were so many people who wanted to help the dogs who were in a desperate need. A Christmas Star was run by a charity too but maybe because there was a less obvious need it wasn’t so well supported. People were incredibly generous with donating their time, locations and products to us though so there’s still a lot of interest in the cause. Cinemagic was set up to bring together people from different backgrounds (namely Catholic and Protestant) through filmmaking, and you only have to meet some of the people it’s helped to realise what a valuable job it does. 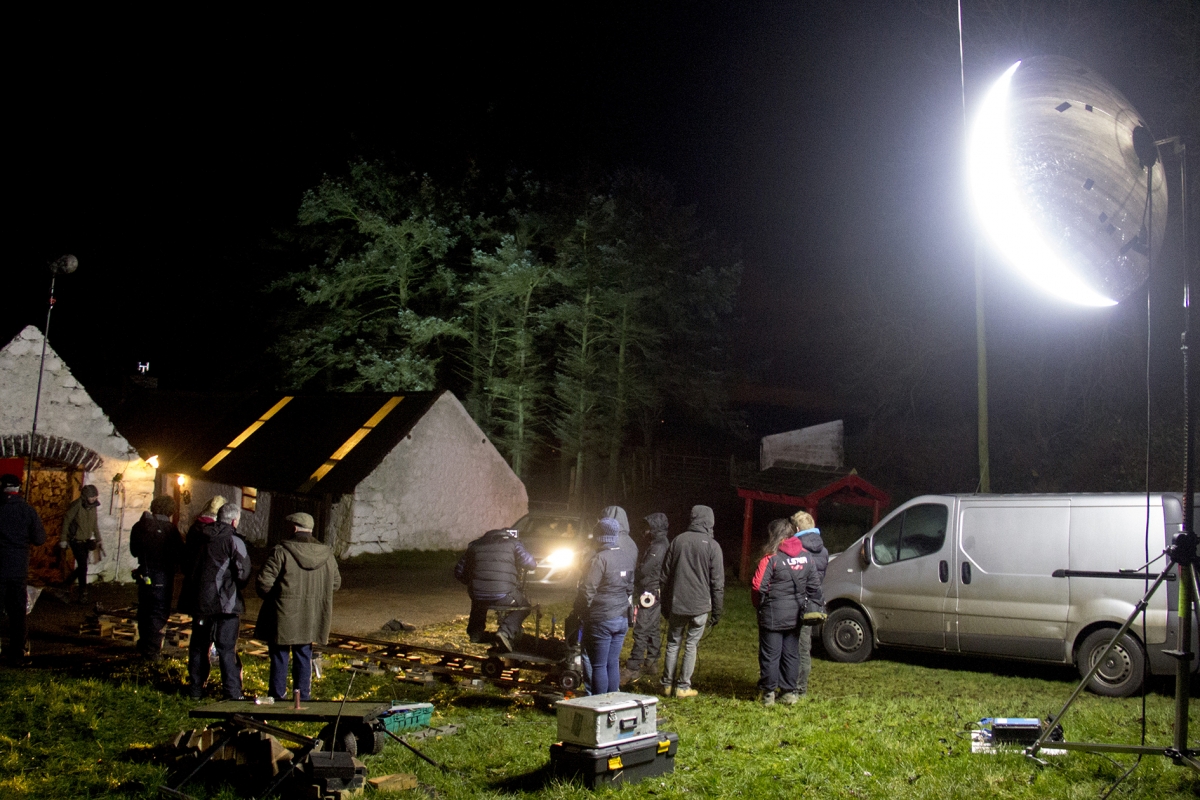 Can you describe a bit about the shoot?

Surreal! It was often hard to stop my head spinning; one day you’d be filming Kylie Minogue and the next you’d be rolling in the mud trying to get a two year old to laugh on cue. The crew was also unusual in that there were forty trainees working alongside the main crew. For the most part you wouldn’t have known the difference and I was able to rely on Ryan Early, my directing trainee, more and more as he was such a quick learner. I wouldn’t have got through the truncated pre-production period without him sharing the workload of floor plans and auditions. However, the one thing you couldn’t get with trainees was the ability to troubleshoot when things went wrong and the initiative to anticipate that. I don’t see how you could have that without experience – you wouldn’t know what to look for if you’ve never been around when last minute changes happen. I think it was hard for the production and AD department in particular as any oversights there had an effect on the whole cast and crew. What got us through was the enthusiasm and understanding from everyone, if ever mistakes were made a workaround was in place quickly and people went out of their way to make it work. 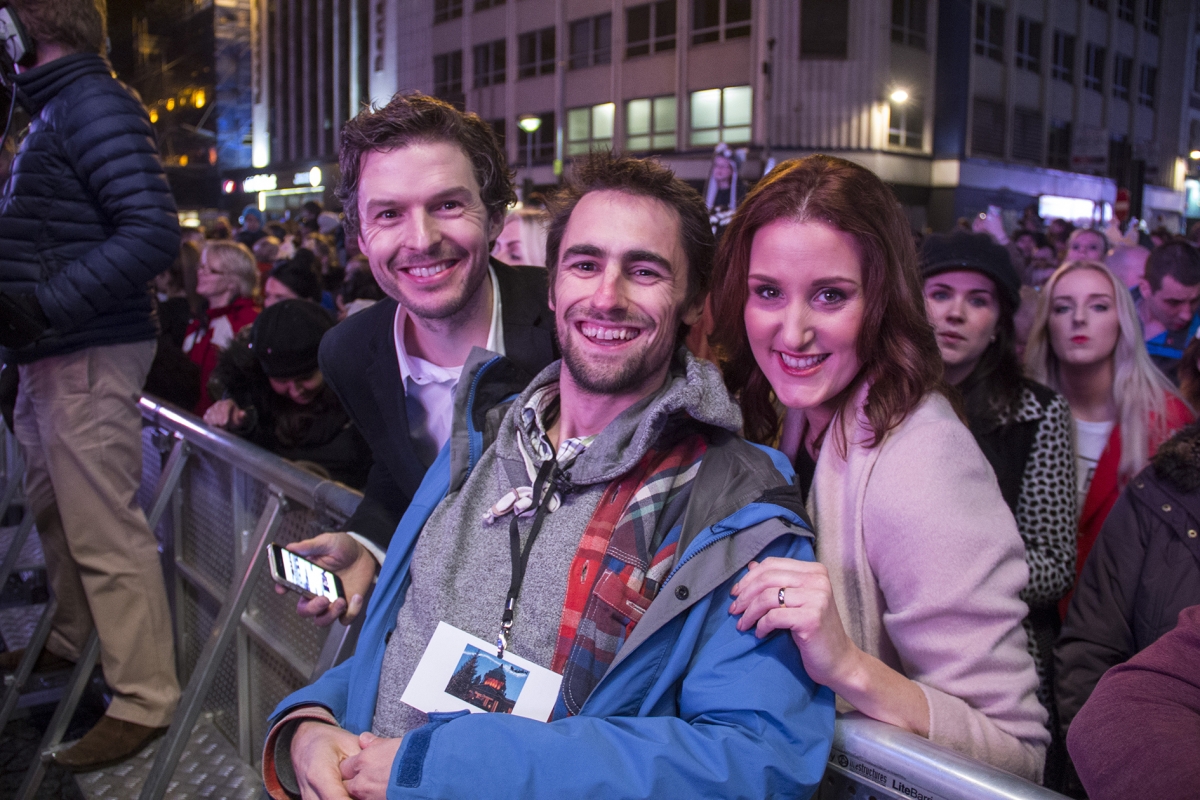 One of the first things I heard about this film was that the shoot would start with a scene involving 12,000 extras in Belfast, and it turned out to be an amazing experience. I was on a stage with the young cast and Terry Bamber, the 1st AD, who did a whole “Hello Belfast!” routine to get them fired up. Everyone kept asking how I was going to cope with such a difficult day but from my point of view it was one of our easiest. It had to be rigorously planned to the last detail as we were working closely with Belfast Council. The action for the cast was simple and the emotions were what they’d feel for real stepping out on that stage. We had six cameras co-ordinated with a very specific shot list, and I had to have a lot of trust in what they were getting as I could only see the picture from one. I wanted to be there close to the children acting on stage, as for some of them it was their first experience on film. That meant I couldn’t be near the video monitors (and only two of the cameras could feed into them anyway). To work round that I looked at each camera beforehand to check the shot, most of them were locked off, and then just stayed near one of the roaming cameras on stage. It was a real buzz and a fairly spectacular start to the shoot.

How will people be able to see the film? When does it come out and how is it being distributed?

This is going to be the first ever dual broadcast between BBC and UTV when it airs next November in Ireland. They’re aiming to break the record for the world’s longest red carpet at the premiere - as with everything else on this film, nothing is done by halves!