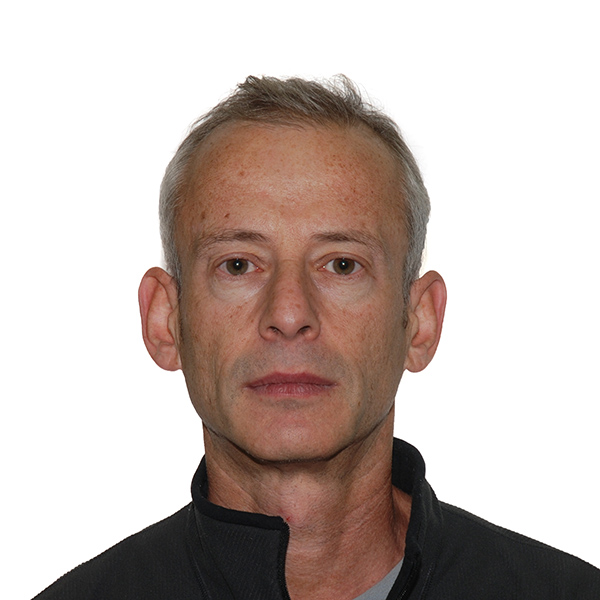 James Kent has had an extraordinary career over the last few years, moving from documentary to television drama to film in rapid succession. We spoke to him about what it’s been like to transition between these very different mediums:

Documentary has always been very special to me and if it hadn't been for the sudden vogue for biopics ten years ago or so I probably would never have had the opportunity or desire to move across to drama. All of a sudden documentary-makers were the hot thing - Kevin Macdonald (The Last King of Scotland), Anand Tucker (Indian Summers), Mary Harron (American Psycho) - were dominating film production. In television producers saw sudden gold in cheaper factual fiction and directors were quick to leap to action. Whether it be Dunkirk or the life of Kenneth Williams, they wanted directors who could fashion true stories quickly and economically. I seemed to be amongst dozens who tried their hand. Some shot upwards and many understandably returned to documentaries. I look back on those few years and whilst I don't think that mass opportunity will come again, gone is the credibility issue for docs directors who want a career in drama.

My first break in 2000 was an utter disaster. Never having any experience in multi-camera filming I got two blocks of EastEnders. Whilst that made me immensely popular on my nephews’ school bus, I was very nearly fired for failing to know anything about drama via the gallery. I just couldn't make the schedule and I badly missed the autonomous, intimate and self-educational world of BBC arts and history. But then I was offered an incredibly low budget biopic about the celebrated cookery writer Elizabeth David for Wall to Wall. Panned in The Times, Elizabeth David got me offers from three agents and it was time to either take the plunge or say goodbye to drama.

And then the hard work began. They call it ‘Air Miles’ (i.e. notching up drama minutage on air in order to convince producers you really are committed to the genre). I did Poirot and some crime procedurals; and then a two-hour single on the fall of Margaret Thatcher. At the same time the early 2000s was when producers were accruing power on a number of key decisions normally left to directors. And that was a tricky cultural shift for a filmmaker used to going off and making decisions single-handedly. I felt hedged in and questioned - and it has taken me a while to realise that the producer is usually on my side.

But despite these constraints I now have the perspective to gauge whether moving to drama was the right decision. And I am certain it was. Why? Because for me I was getting déjà vu from filming yet more talking heads and I felt that I had nowhere to go, already having had a number of feature docs scheduled in prime time (you need to remember that 20 years ago authored documentaries dominated the schedules in a way that they simply don't anymore). Every day felt like a new day. In drama I could witness the amazing emotional instincts that actors have, work in a three-dimensional space (the set) and learn about the most popular mass-medium of our age (film). 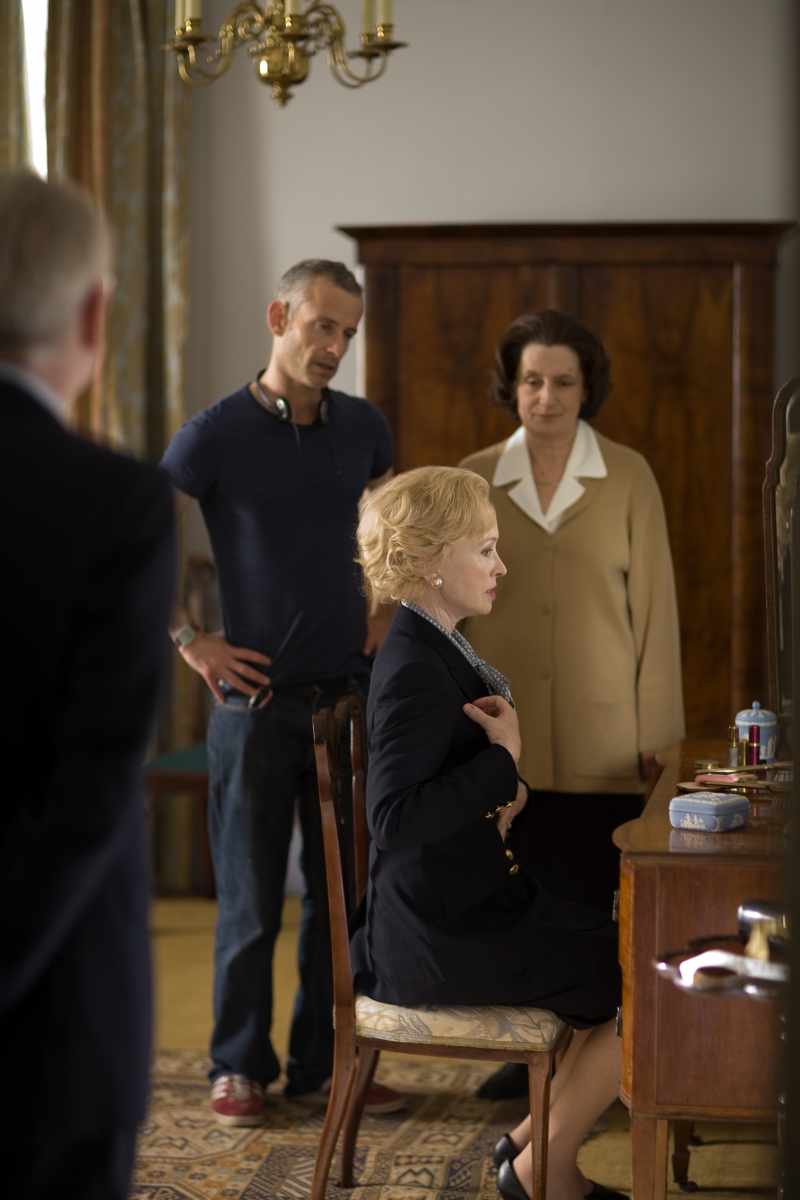 James Kent on the set of Margaret with lead actress Lindsay Duncan.

My next move, into the world of features, came about when I was contacted by producer Rosie Alison with a project to adapt Vera Brittain’s wartime memoir, Testament of Youth. Rosie had watched not only my TV drama but also my documentaries, and she comes from a documentary background herself. In a way you’re just lucky in finding your moment. She understood where I was coming from and my approach married with her and fellow producer David Heyman’s vision for the film. Then it was a case of pitching myself to David, the BFI, BBC Films and various potential financiers.

I had never specifically sought out working in film because it felt such a long shot, and I didn't want to spend my adult life looking beyond all the wonderful things about television on the perilous off chance of snagging a film. But when it came, the experience was terrific and scary. The commercial imperative is so high and consequently your role in ‘delivering the goods’; you need to be ready for that pressure, however there are advantages. In television there are some projects where the director is given a great deal of respect and there’s a recognition that what the material needs is directing elevation. But a lot don't need that, and directors are being pushed hard without recognition and the room to be creative. Although it can get nasty in film, because you’re always going to have to account for the work there’s a real need for the director to take control, especially during filming. Consequently it is deeply creative. You need to be prepared to live with that project for two years, and you also need to know that it’s going to be a long haul to get through the review process, which can be a challenge.

My advice to anyone looking to make the move into directing features? Well, first of all, I have only made one so I feel a bit impertinent offering advice. Secondly, there appear to be any number of ways of getting into feature-directing and each one requires a different focus. Coming out of television I would say it helps to develop your own material by battening onto a great and hungry producer who admires your work. Either that, or try to get some mainstream work that gives you the material to make your work stand out. I’m thinking of what Inside Men allowed me to do, or what Otto Bathurst did with Peaky Blinders (now filming the Luke Evans and David Oyelowo-starring Three Seconds), or Philippa Lowthorpe, who made Five Daughters, Jamaica Inn, established Call the Midwife, and is now making Swallows and Amazons for BBC Films. You need a USP so if you have a vision of the world build on that and sell it. It will marry with someone out there. 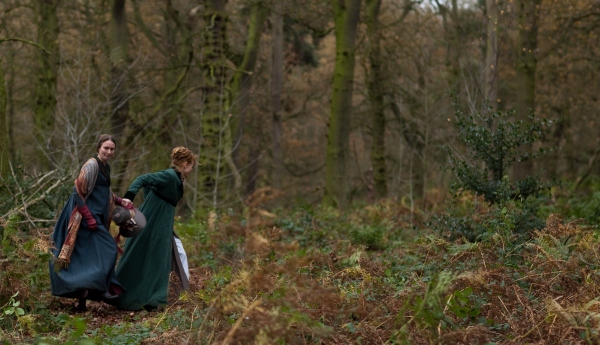 How one medium informs the other

Ok, sometimes I still yearn to make a documentary. So to keep the flame alive I foray off every couple of years to make something for myself. This may be with a four crew in a minivan traveling round Japan or staying in a plush New York apartment for 13 weeks to make a film about 9/11. It's my time: my personal self-education. And frankly it is wise to keep two strings tuned if you can. Employment is ruthless in drama and features. I know because I end up discussing projects with potential Heads of Department all the time and their employment can fall on the spin of a dime.

Documentaries are their own thing. To my mind, unless you’re doing a gritty indie film that borrows the aesthetic of documentary, the overlap is quite small. But documentaries do give you certain skills: in the moment reactive attitude to material, a strong sense of story, and the ability to deliberate carefully in changing circumstances.

Whereas, I felt that there was a good overlap between TV drama and mainstream features: being on set a lot, considering scripts, handling producers, handling actors, scoring, and post production. I had done about 20 hours of TV drama before Testament of Youth so although I was shitting myself on day one, I at least felt familiar with the trucks, the amount of crew and the pace that was necessary to achieve everything I needed to achieve that day.

And I've tried to use every gig to build onto the next. The commercial projects have stood me in good stead and I have loved them whether it be Marchlands for ITV, Inside Men for the BBC, or Testament of Youth for Heydey Films. You always learn a huge amount from the crews and the seasoned producers and about how to carry off a sometimes slightly cheesy subject with style. I feel I've earned the right to do more authored work in film.

And if it is any consolation for other documentary-makers thinking of making the move, I don't get any more of those ‘what the hell am I doing here’ attacks. I am convinced that drama is rich precisely because its directors are drawn from different backgrounds. Theatre directors may have a brilliant understanding of actors and the rehearsal process. Long-term drama directors know their blocking and camera moves. And documentary-makers bring a strong sense of story and often a more naturalistic filming style. In the league of qualities we might score low on elegance and camera tracks, but high on speed, energy and enjoying the intimacy of the low budget.

The documentary-maker never seems far away and one thing we can offer is the confidence of a single vision.