Liz Mermin on directing at CERN 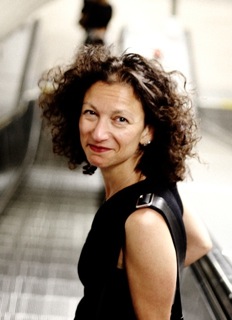 Films of Record recently launched an innovative collaboration with Google to follow the progress at CERN, the home of the Large Hadron Collider. The production company recruited director Liz Mermin, a member of Directors UK, to make a feature-length documentary in Geneva, to detail the goings-on at the world's most famous laboratory.

We spoke to Liz not long after she had completed a recent stint of filming, to discuss what it's like to film at CERN, how she came to be involved, and the challenge of making particle physics comprehensible to the average audience.

Can you tell us a little about the CERN project you have been working on?

It’s a feature documentary and multimedia (short films, blog posts) project following a collection of characters – young physicists of all types, from around the world – through 2012, which promises to be an incredibly exciting year for particle physics – the most important year in a generation. We’re trying to capture the energy and enthusiasm and character of the place and convey what cutting-edge physics feels like, rather than making a science show about symmetry or the Higgs boson. The Google+ page and Youtube channel, called ‘CERN people’, went live 23 Feb 2012, and the film will be out in spring 2013 (we hope). 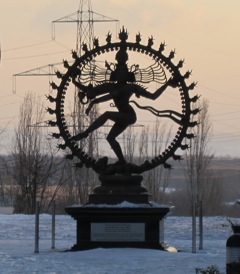 How much access were you given at CERN? Was it easy to come by?

It’s an ongoing negotiation, but they have been very accommodating. That said there are lots of concerns about leaks and mis-information, and every shoot is a renegotiation in terms of access to meetings and discussions. We have been given a green light to return as frequently as we like and we do have cooperation from several big experiments, but we are still building up trust – not unusual at all in a long-form observational documentary (in my experience). Roger received an initial invitation from the director of technology, which opened a lot of doors, but each experiment has to be won over – they are used to doing interviews & guiding beauty shots, but this is different: it’s a collection of extremely busy people and the stakes they're playing for are very high, and they don't want interference. (The fact that my father is a physicist probably helped, some people knew of his work and that seemed, for whatever reason, to reassure them).

Does the project focus solely on the Hadron Collider, or is there more to CERN than that? Can you give us some more information about what other research you documented?

There’s a lot more to CERN than the LHC, but in fairness this really is the LHC’s year, so we’re focusing 2/3 of our attention on that. The rest of our time we’re spending with the anti-matter experiments – teams trying to create, trap, and study atoms of anti-hydrogen, to find out how it might differ from hydrogen and resolve one of the ongoing mysteries of our existence (why matter and antimatter didn’t annihilate one another shortly after the big bang, ending the universe before it really began). They’re great teams, much smaller than the LHC experiments, and making progress no one could have imagined.

Liz Mermin is a director from New York permanently settled in London, with twenty years of directing/producing/editing experience in the US and UK. She has directed seven feature docs, five for BBC's Storyville strand, and many hours and series. Her work is character-driven with a surprising sense of humour. She has directed many genres (drama-doc, current affairs, history, science, arts/culture, politics, sport) in a variety of styles, filming around the world, for Netflix, BBC, CNN, Discovery, PBS, Arte, and many other channels in the US and internationally.  Subjects range from Michelle Obama to Irish racehorses, Afghan hairdressers to Bollywood gangster stars, world-class physicists to world-champion debaters.

She spent three years as Executive Producer / Director of Visual at the Thomson Reuters Foundation, overseeing a small team and making short documentaries telling under-reported humanitarian stories. Mermin is also a writer, and has published articles about topics ranging from the American terrorist behind the 2008 Mumbai attacks to critical essays on films and filmmakers. A background in comparative literature and anthropology and a year spent observing filmmakers in Dakar inform her work.

The Making of The Snare