When I first saw the three Michael Jackson tribute artists dancing together on Fisherman’s Wharf in San Francisco I was thoroughly intrigued. It was clear that the make-up was a little off, the clothes were a bit torn around the edges, but the sweat dripping off them was definitely real. These guys had heart, and heart beats talent every time when I look for a subject. After we spoke it was clear we would go on a journey together. 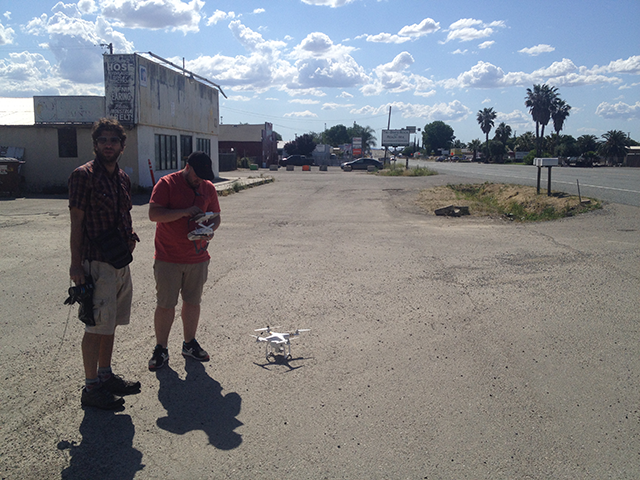 It would take another two years before I eventually joined them on a road trip from San Francisco to LA, where they were looking for a chance for fame and fortune. Not being able to plan ahead that much for the trip, I tried to bring a versatile shooting kit to use. This included a Canon EOS C100, Sony A7s, a Ronin, a Phantom 3 drone, three radio mics and top mic and suction clamp. The crew was me (a self-shooting director) and another cameraman, Tom O’Keefe – let’s call him Tom 2.

I did know that the trip would involve some driving. I prayed the tribute artists would get an old-school RV, with enough space for all and big windows. But alas, they were determined to use a mid-size car that one of them had recently bought. There wouldn’t be room for us all to fit. 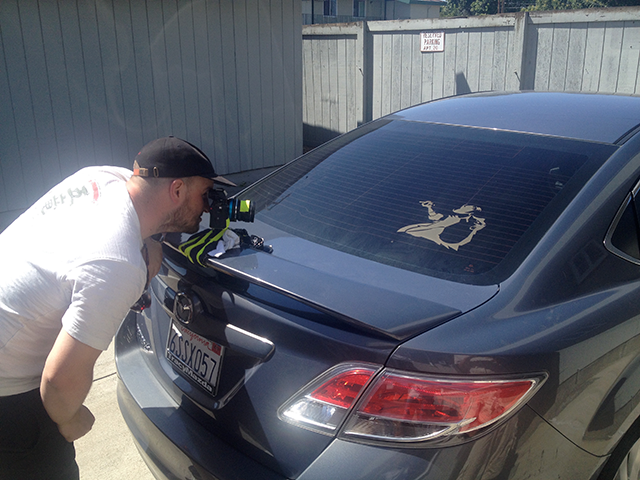 Tom 2 didn’t drive, so that meant I would have to take the wheel in a car following behind them. Luckily I had a suction clamp for the A7s (see photo above) and I placed a Zoom H4 recorder for audio in the middle of their car, with radio mics. I wanted to capture the guys talking frankly with each other, so the set-up ended up working really well. We were even able to listen to them in our car following behind.

Along the way we would shoot some slightly shaky exteriors from our car - but that wasn’t going to give us the great American scenery we wanted. For that we bought along a Phantom 3 drone. This technology seems to have come along so quickly, it’s small, light and very quick to set up. It added an epic-ness to their journey: three guys from small towns out to take on the world. Periodically we would drive ahead and try to film them driving across the landscape, though occasionally I would get them to do a loop to give us another angle or attempt.

After eventually getting to LA, we took a half day’s break to back-up cards, recharge our batteries (the equipment and ourselves). Then we were back out with the guys: they would all sleep in the one car as they didn't have the money spare for a motel. 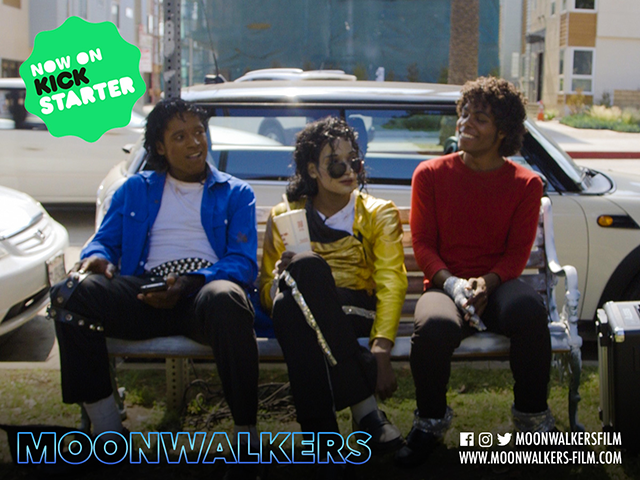 In LA it was more of a verité shoot. The guys would attract a lot of attention on the street and we would have to react to the situation while trying our best to stay out of each other’s shot. I would have loved a dedicated sound person there - I hate bad sound in films. But it would have changed the atmosphere to have a boom pole waving in the air, so we went with radio mics on each artist and I had a small shotgun mic on my camera.

When things calmed down a bit we used a Ronin gimbal. This Steadicam-style footage would give our tribute artists a movie star appearance, which was how they saw themselves. It turned into a crazy week of shooting, one I will never forget, and it would lead them (and me) to meet all sorts of characters, from homeless sleepers on Venice Beach to A-list rappers — but you’ll have to see the film to find out the whole story.

Moonwalkers is currently funding on Kickstarter. Find out more and support the campaign here.