Christine Lalla has recently completed work on her first no-budget feature, The New Boy. Christine writes for Directors UK about the process that went into making the film, from deciding to go down the no-budget route, to casting, to shooting the film itself.

“Generally speaking other filmmakers didn’t laugh in my face when I told them I was writing, producing, directing, lighting and editing a feature film for £6K in 8 days”

When I arrived at the London Film School in 2006 to start a master’s degree in Filmmaking, there were a couple of things a film student could expect in their future career: 1. a feature film budget would likely exceed the cost of the property one was currently living in, and 2. film stock was the only acceptable format – the only question was whether to use Kodak or Fuji.

By the time I graduated as a cinematographer two years later – lighting two films shot on film stock and one on the Canon 5D – things had changed a little. With the exception of one short, every film I have shot since has been shot digitally, and with every passing year the HD cameras have got better, skin tones improved, dynamic range widened and highlights kept in check.

For low/no-budget filmmaking it became a no-brainer: film stock was no longer king. As a cinematographer I have embraced HD, but it is as a self-shooting director that I have truly reaped its rewards. Suddenly I was able to make corporate and promo films with little more than a DSLR, a couple of lights and a sound recorder. I was granted freedom by a benevolent sensor.

But it was the advent of the no-budget feature that really turned my head – suddenly there were features being made for less than £10K! Actor and director Edwards Burns has been doing it for years: a few actors, one or two takes, no wardrobe or hair & make-up, perhaps one light and of course, sound recorders. But it wasn’t until I met Ben Wheatley a few years ago, and he told me how he’d made his debut feature Down Terrace in just 8 days on £6K, that I considered it myself. It all seemed a bit like hard work but I thank him for all the encouragement he gave me that day, as three years later I have just completed my debut feature, The New Boy.

After I’d decided to pursue the no-budget feature route I realised I had to specifically write a script with only a few characters and locations and that could be set in the summer, giving me longer days of available light to film in. As for a subject, I’ve always been interested in the difference between love and obsession but couldn’t come up with a good premise until I stumbled across a scene in Gillian Armstrong’s 1994 version of Little Women. In one shot the character Jo is staring into her young neighbour’s house, wondering what he’s like. From this shot was The New Boy created. 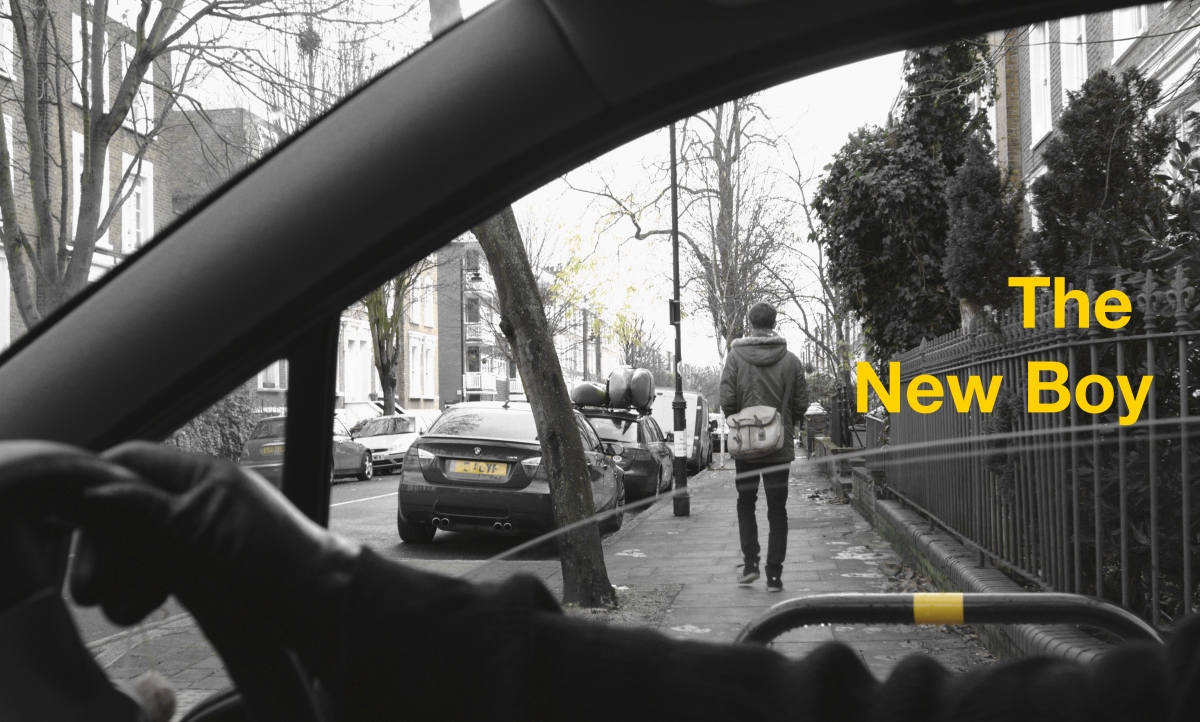 “...this was a very bleak story that really needed cold, grey, light”

In March and April 2013 I finally wrote the screenplay. The main action would take place between two neighbouring houses and would feature a young cast as the leads. There was one problem: on a no-budget project one has to work extremely fast and little or no lighting set up was paramount to getting the film shot in 8 days. But this was a very bleak story that really needed cold, grey, light. Shooting in the summer would give me longer hours of daylight to shoot in, but the extra lighting I’d then need to achieve the necessary “cold” look would incur costs that would be far too prohibitive. So I took the decision to shoot the film in February 2014. We’d have less hours of daylight but it was a compromise that was 100% necessary for the look and feel of the film. I also therefore upgraded from a Canon 5D to a C300 for its superior dynamic range.

My whole pre-production process was designed to eliminate the problems I’d seen plague numerous other projects during my time shooting low budget shorts. Common problems such as actors not knowing their lines, directors having to produce their own films (even when there was a producer attached), rushes sitting on the hard drive of well-meaning editors who had to put films on hold when paid work came in.

Generally speaking other filmmakers didn’t laugh in my face when I told them I was writing, producing, directing, lighting and editing a feature film for £6K in 8 days. 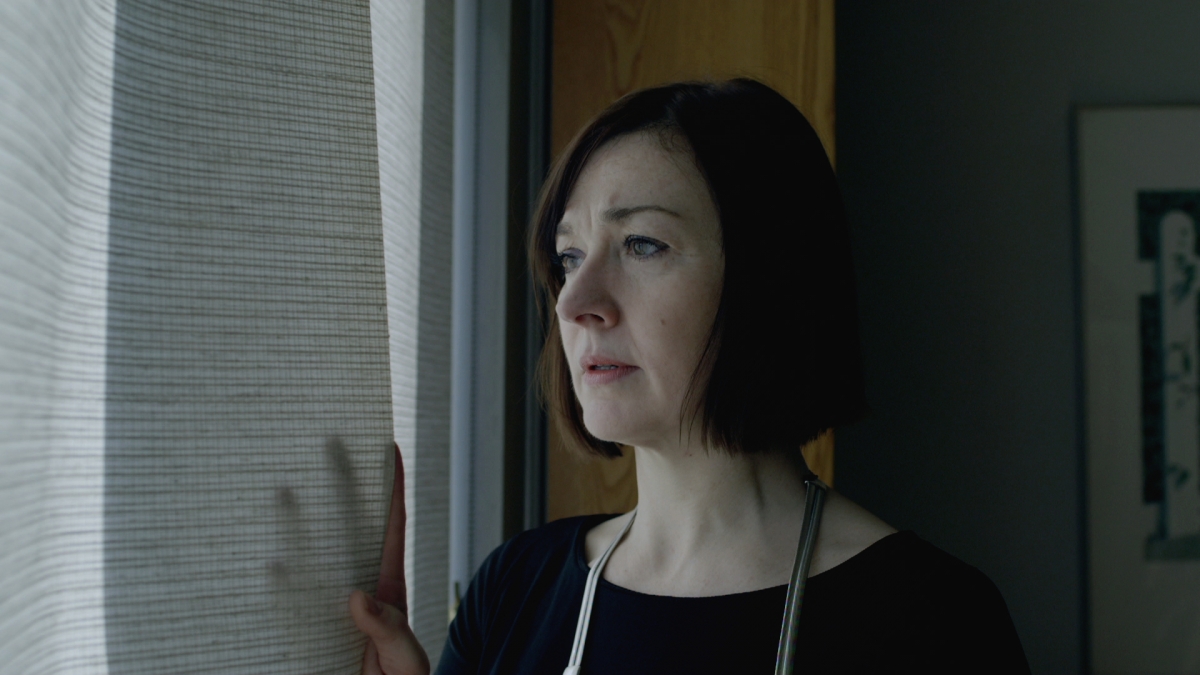 I cast the film in October/November 2013, finding the actors through a mixture of Casting Call Pro, The Young Actors Theatre and word of mouth. I wasn’t just looking for good actors, I needed people who were reliable, could work efficiently and could rehearse in the run up to filming. And I got very lucky.

The film was cast by the end of November. I held the majority of my auditions over two days in the Directors UK boardroom. As a member of Directors UK I was able to use the office spaces for free, which was a huge help.

I really wanted the process to be collaborative, so I met with each cast member to individually discuss what they would bring to their character and to see how that would fit with my vision.

After a table reading in December I spent Christmas and New Year working on polishing the draft and creating the website for the film. We also had a Kickstarter campaign and though we failed to reach our target, enough money thankfully trickled in from other sources. 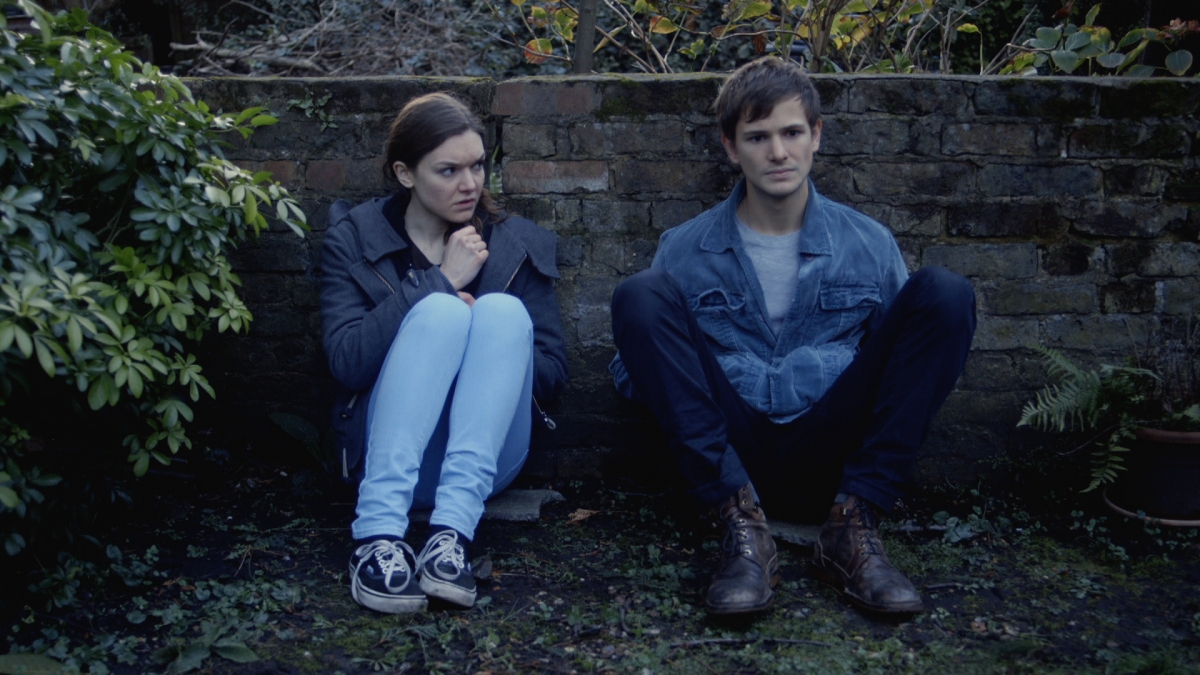 “...anything people don’t like about the film is solely my responsibility. And I’m very happy about that”

We rehearsed from early January until two days before shooting. The most difficult part was dealing with everyone’s schedule but somehow it worked. I spilt up the scenes and our daytime rehearsals took place on the Directors UK 4th floor and the evening ones in the basement studios of The Actors Temple. Both spaces were kindly given freely which helped enormously with the budget.

I generally like to rehearse with actors in advance of filming anyway but in this case it was vital. I wanted each actor to understand their character and their relationship with the other characters as fully as possibly before setting foot on set. This was particularly important as we had so little leeway in the shooting schedule. A by-product of this working method was that a great camaraderie was built up over the weeks, ensuing we had very happy set.

I filmed the locations and sent links to all the actors so they would have an idea of the spaces they would be working in. We then blocked the action in rehearsals.

The last rehearsal took place at The Actors Temple where we ran through the entire film with final notes from me when necessary. This was extremely beneficial as I was able to see the performances come together and also see the film as it would cut as a whole, plus the actors gained confidence in their own abilities to master the rather strange method I was employing.

Principal photography commenced two days later on February 17th 2014 and I’m pleased to say the following 7 days were the most enjoyable time I have spent on any film set. Making The New Boy – from the first idea, through writing the script, location scouting, casting, rehearsing, filming, finding the soundtrack and score, to editing – was a total creative joy, which is a rare feeling in the film world. The rehearsal/blocking preparation really paid off on set as we could adapt quickly to any problems that arose.

After one pick up day in May, we came in on budget and schedule, and the film was completed on June 18th 2014. The experience has changed my attitude to filmmaking: I am currently turning my mid-budget sci-fi treatment into a graphic novel (not a screenplay) and although I have scripts requiring higher budgets, I will be making another film in the no-budget format in 2015.

Being such a low budget project, there was no creative interference from financiers, so anything people don’t like about the film is solely my responsibility. And I’m very happy about that. 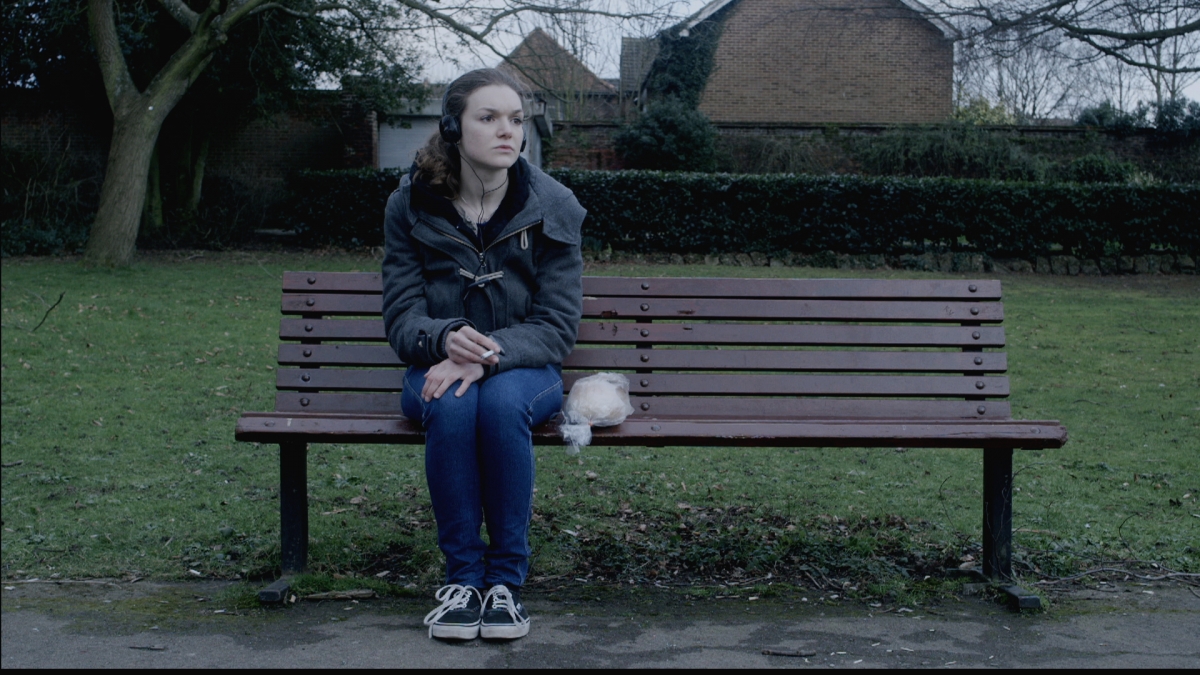 To find out more about The New Boy, go to the official website or check out Christine Lalla's own website here.

I wrote and directed my debut feature film, THE NEW BOY, which premiered at The East End Film Festival (UK) in 2015. My shorts TRAPEZE and SAVE ME have premiered at The National Gallery and Sheffield Doc Fest respectively. My broadcast credits include MIDSOMER MURDERS XXII (ITV), EASTENDERS (BBC), THE 4 O'CLOCK CLUB (CCBC) and HOLLYOAKS (C4).

Previous to my directing career, I lit several award-winning shorts around the world with films premiering at Locarno, Cottbus and Clermont-Ferrand Film Festivals and was nominated for Best Cinematography, for JAMGYR (2010) at Emir Kusturica’s Kustendorf Film Festival in 2012. Since graduation from the London Film School in 2008 I have been mentored by Academy Award nominee, Barry Ackroyd BSC.

As an experienced reportage photographer I have specialised in sports, shooting for editorials including GQ, Esquire and FourFourTwo – with work exhibited in Germany, France and at The Royal College of Art. I am currently shooting a photographic project RIGHT HERE | RIGHT NOW - a series of portraits of under represented directors working in film, TV and theatre.

My TV pilot HAWKEYE was in the top 4% for the 2020 Red Planet Prize, the top 15% of the 2019 BBC Writersroom (drama) and my screenplay CATCHING ROCKS was a quarterfinalist in the 2018 Academy Nicholls Fellowships in Screenwriting.

I’m an Associate Playwright with the Rifco Theatre Company with my first play NO LEFT TURNS (a three act Comedy of Manners) - an extract of which was showcased at The Bush Theatre in 2019.

I am alumna of the Berlinale Talents, a member of ICFC (International Collective of Female Cinematographers) and a core team member of Cinesisters.

I was co-opted to the board of Directors UK from 2020-2021, and vice-chair of the Directors of Colour Committee during this time.

Manifesto analysis: what are the main political parties' plans for the creative industries?