DGA President Taylor Hackford on the fight against piracy

Taylor Hackford, President of the Directors Guild of America, recently wrote to DGA members to inform them of the organisation's ongoing fight against piracy, and the struggles they face in defeating it. Hackford also provided members with opportunities to join the fight, as you can see in the reproduced letter below. 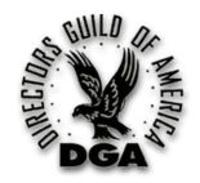 I recently returned from a whirlwind trip to Washington, D.C., together with First Vice President Paris Barclay, National Executive Director Jay D. Roth and Associate Executive Director for Government & International Affairs Kathy Garmezy, to lobby for the passage of essential legislation to fight foreign rogue websites that traffic in stolen content and counterfeit goods. We went to our nation’s capital as part of a concerted effort by the entertainment industry – guilds, unions, studios and networks – to press our case.

And let me tell you, we are in for quite a fight.  Despite substantial bipartisan support in both houses of Congress (very unusual these days), this crucial legislation has been stalled by vociferous opposition from some of the world’s most powerful Internet companies – ‘Super Powers’ like Google, Yahoo and AOL who have significant financial stakes in making sure that these bills never become law. They are utilizing misinformation, disinformation and outright lies to manipulate the large and passionate base of Internet users they’ve developed over the years. Their playbook calls for igniting popular support by raising false concerns about this rogue sites legislation – accusing it of endangering Internet freedom, promoting censorship and violating the First Amendment. Nothing could be further from the truth. Of course, these are important concerns, and if they were at all valid, we would be the first to raise them. Alas, they are not.

What’s most amazing is that the current rogue sites legislation before Congress is already ‘the law of the land’ in the United States.  This year, with the approval of federal judges, the Attorney General has taken down hundreds of U.S. sites selling illegal content, and guess what, the Internet has not broken and free speech has not crumbled. So why are these Internet ‘Super Powers’ so against this legislation? Because they are making huge profits from selling advertising on these foreign rogue sites – sites run by criminals who are selling stolen product – films and TV shows made by our members.

Our request is simple. Foreign sites are currently beyond U.S. jurisdiction, and many U.S.-domiciled sites have moved offshore because the domestic enforcement program has been so successful. We desperately need legislation that will allow us to apply the same laws to foreign-based rogue sites that are already applied to domestic sites. That’s the message we carried in our D.C. meetings with senior officials at the White House including Vice President Joe Biden, Chief of Staff Bill Daley, National Economic Council Director Gene Sperling and Senior Advisor Valerie Jarrett, as well as with numerous Senators and Congressmen.

Mark Twain said, “A lie can travel halfway around the world while the truth is putting on its shoes.” Well, our opponents have been telling plenty of lies and now it’s time to fight back. We need to put our shoes on fast, and mobilize to protect what is ours. Here’s what you can do:

Sign up at www.CreativeAmerica.org: Demonstrate our strength in numbers by adding your name to the thousands of people who have already signed up. While you’re there, write a letter to your legislators – just click on Take Action. Send a video message to Congress: Record a short video on your smart phone, your computer or your video camera and send it to [email protected]. They’ll share your videos with Congress, with the media and on a dedicated YouTube channel to show that there are real people and real jobs at stake. E-mail us at [email protected]: We’ll add you to our email list so you’ll receive information and special opportunities to get involved, and we can answer any questions you may have as well. Support the DGA Political Action Committee: Help us support legislators who believe that the works you create are worthy of being protected. Tell your friends to get involved: The more people who take action, the stronger our collective voice will become.

The bottom line – we support these bills and we won’t stop until effective legislation is passed. No matter what the opposition throws our way, we’re dedicated to seeing this through. It will take commitment and strategy and passion, and most of all, it will take our collective strength as a community. Protect our work – protect our community – support rogue sites legislation.