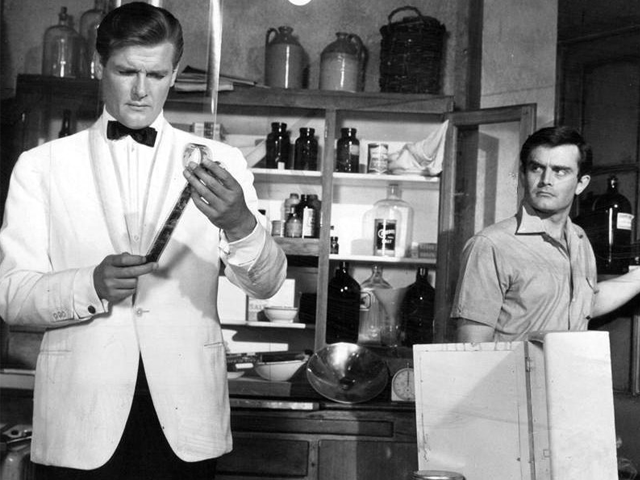 We were deeply saddened to hear of the recent passing of Directors UK member Roger Moore, aged 89. Famous for his role as James Bond, he also directed several episodes of The Saint and The Persuaders!, in which he starred. Here we take a moment to appreciate his life and works.

In 1962, Moore was cast by Lew Grade in The Saint. The programme ran on ITV for 118 episodes, nine of which were directed by Moore. Once the series was completed he starred in two films, Crossplot (1969) and The Man Who Haunted Himself (1970), before starting work on ITV’s  The Persuaders! (1971). Moore’s role in the series made him the highest-paid actor in the world at the time, and he directed two episodes.

In later life, Moore became an ambassador for UNICEF and worked with PETA, and was awarded a CBE for his charity work. He is survived by his wife, Kristina Tholstrup, and his three children.

Directors UK member John Glen has been in touch to share his memories of working with Roger:

I find it difficult to think of Roger without a smile appearing on my face. We had such fun working together on many films. In fact at one time he said “Am I in your contract or are you in mine?” He was a complete professional and yet had a very poor opinion of his own acting abilities. He won friends everywhere he went. He personified the British gentleman, always considerate of other people’s feelings and even when bothered by fans wanting pictures and autographs he never turned them away. He said, “Where would I be without them?” God Bless Him.

John Glen is a film director and editor. He has directed more Bond films than any other director, and worked with Moore on For Your Eyes Only (1981), Octopussy (1983) and A View To A Kill (1985).