This year Directors UK, in partnership with ARRI, ran the third Challenge ALEXA competition. This competition gave five Directors UK members the chance to work with top-end ARRI equipment, and use it to produce an original short. This year’s winners cover a broad range of topics and styles; from a piece looking at the forced marriage of an underage British Indian girl, to a spoof advert for feet.

In this article we talk to each of the directors selected to take part, and find out more about their projects and how they’ve found the experience. 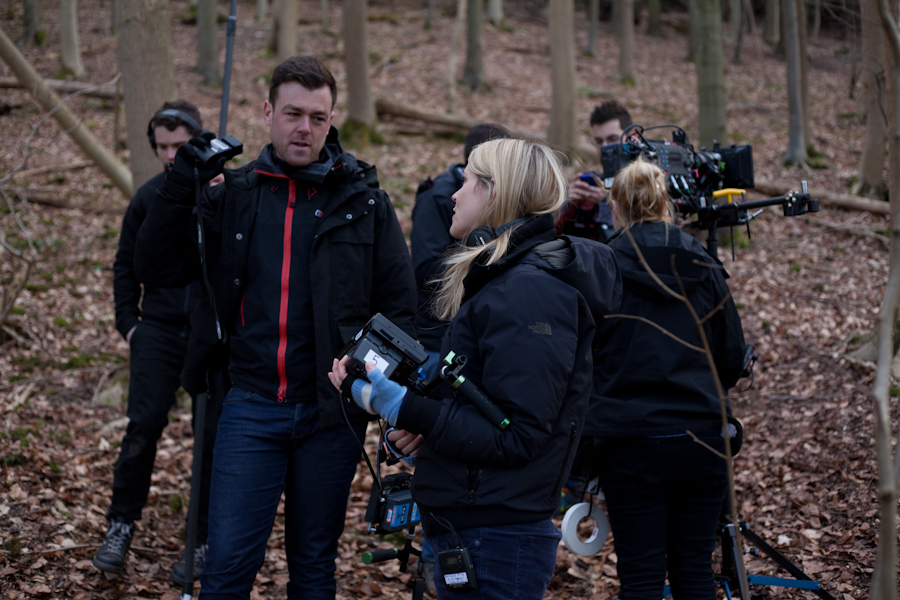 The judging panel for the submissions to the Challenge was made up of Directors UK board members, Philippa Collie Cousins, John Dower and Rebecca Manley. Philippa describes the judging process, "Rebecca, John and I met on a cold, sunless January afternoon to go through 20 final applicants. Abi (Directors UK's Events Officer) had whittled down the numbers from 40. We all read every one of the 20 and made our list of favourites. We sat collectively but in our own worlds, transported from slot machines, to feet, to gorillas, and from Welsh mountain-sides, to science labs, red saris, claustrophobic caravans and TS Eliot poems. There were 7 or 8 that we all agreed were especially promising. We asked Abi if we could commission 7 and she shook her head sadly. Damn! It was a very difficult task to pick the final 5. Being a film maker, you know how much it means to have that chance. I want all the applicants to know we sweated!".

One of this year's chosen directors was Aurora Fearnley, who used the shooting days and equipment she was given to film Murmur, a short about how we perceive events differently based on our past experiences. “The appeal of Challenge ALEXA was the opportunity to create something of exceptional quality in a short time frame". Aurora based her concept on a short play by Simon Cookson: "I love Simon's writing, his dialogue is ambiguous and subtle and always contains double meaning and visual fables. Having wanted to work with Simon for the past 5 years, we were both delighted to finally collaborate”.

In fact all of the participants were quick to praise their collaborators, and it was exactly this sort of opportunity which the Challenge was always intended to make possible. As ARRI London's Milan Krsljanin explains: “We think it’s really important that we are always talking to and collaborating with filmmakers. Historically we have very good relationships with Cinematographers; but Directors are the focal point of all the creative decisions, so this gives us an opportunity to develop relationships with and support those central creative figures. The ALEXA Challenge in particular provides filmmakers with the opportunity to explore ideas and experiment”. 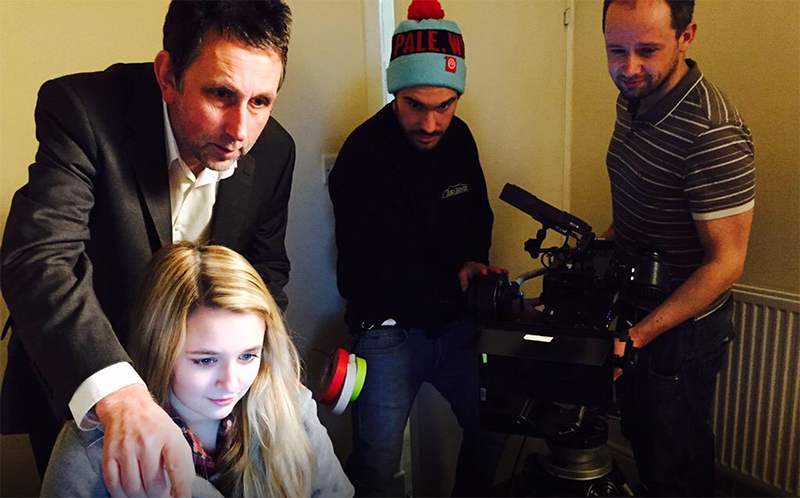 One of the great things about this project is that directors are not restricted to working in any one genre, and this year is a fine example of that: of this year's entries three are drama shorts while the other two are a little different...

Rhys Powys used the Challenge to work on a charity project: “My intention was to produce a minute-long promotional video to raise awareness of Beat the Odds/Curo'r Bwci, an initiative to help people in Wales tackle gambling difficulties. The Living Room Cardiff, a community-based recovery centre that has an 'all addictions approach', are working with other agencies to launch this new service and the promo is to be used as part of a television campaign, in local cinemas, online and in public presentations". Rhys, who primarily works as a drama director, said that, "I feel that my work can sometimes be considered rather frivolous and I saw this project as an opportunity to put my skills to work for a worthwhile cause”.

On the other hand, Emma Sullivan was unashamedly aiming for frivolous with her spot on the Challenge. “My film is a tongue in cheek spoof commercial, in which I try to sell people something they already have: their feet". Emma made Find Your Feet because she wanted something different for her reel, "something short, funny and flashy. And to have a test ad to take round production companies to see if I can get repped for commercials”.

The Challenge placed some restrictions on the filmmakers, the most obvious being that they each had two days to complete their shoot - which proved to be either a luxury or a bit of a challenge depending on the project. Aimee Powell, who explores the trafficking of homeless men in her film Drift, explains how they got through over 61 set-ups in the two-day period: “We shot hand-held with minimum lighting. The low-light capabilities of the ALEXA XT meant that we were able to go very dark, lighting from one main light and practical sources. We were able to light very simply from below which both allowed us to move quickly and gave us a huge amount of freedom in terms of responding to the performances with the camera work”. 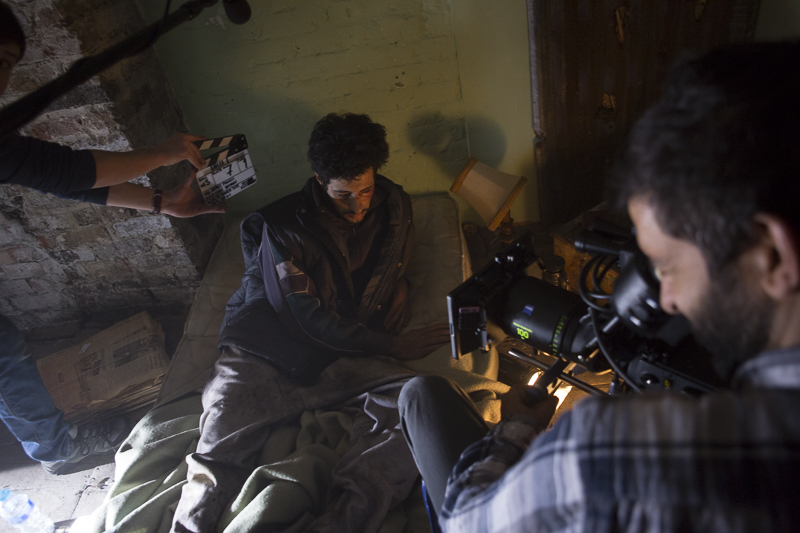 On the set of Aimee Powell's short Drift

Whereas Emma Lindley, director of forced marriage drama Red River, says that the two-day shoot forced her hand on a few creative decisions: “You are always aware on any shoot that you never have enough time but I did cut scenes or relocate them to make the schedule work, and that forces you to think about what’s really essential for your story and what can go”.

But for other directors the shoot provided plenty of time. Emma Sullivan says, “I’ve shot quite a lot of continuing drama for TV, which has a heavy page count. So 2 days for 2 minutes? We had a lovely time! Still, organising a very short shoot takes the same amount of work as a long short, so I was very grateful to have producer Tabitha Jenkins work on it with me”. 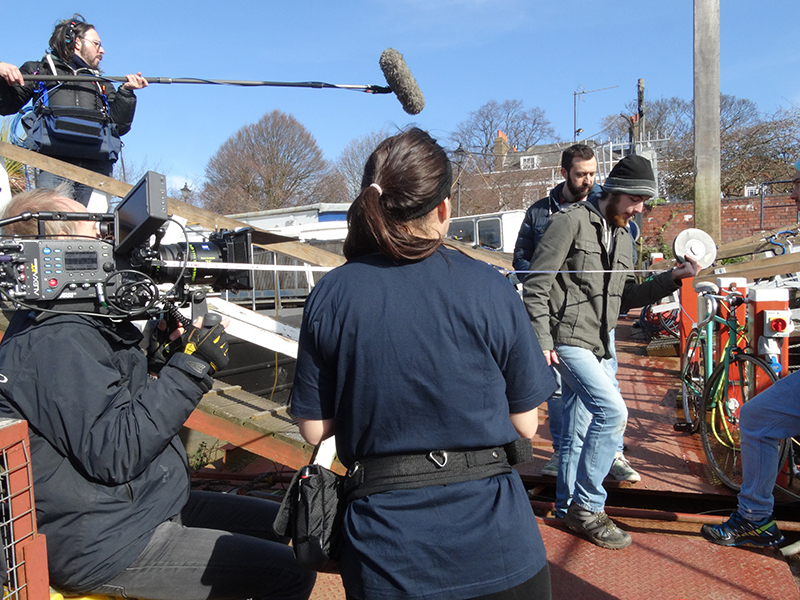 As for the future, all the members involved in the Challenge are moving on to a huge range of other projects. Aimee Powell is writing a feature set in 1930s East Tennessee; Emma Lindley is shepherding a US feature through the development process; Rhys Powys is directing the second series of 35 Diwrnod, a murder mystery drama series for S4C; Emma Sullivan is making the move to directing high-end drama; and Aurora Fearnley is preparing for the US release of a sci-fi short (the making of which you can read about here).

All of the filmmakers were universal in their praise of the ALEXA setup provided by ARRI. Emma Lindley commented that, “the ALEXA XT and the Master Anamorphic lenses ARRI gave us were amazing. The ALEXA offers a lot of latitude and flexibility, while the lenses create a beautiful, almost three-dimensional look in terms of composition and light”. The tech on offer definitely impacted Emma Sullivan's approach: "having a camera on set of that quality is great. Simply seeing the quality of the image with the prime lenses is a pleasure to work with. We shot at different speeds in order to ramp the action which looked fantastic. With a camera like this, you get ambitious very quickly!"

At Directors UK we are always looking to provide chances for our members to explore creative challenges. Events Officer Abi Berry: “Our members embark on short form film making for a variety of reasons: to realise a creative vision outside of broadcast constraints (and that might help further their career in the long term), or to shine a light on a cause they feel passionately about. We want to support our members in projects of this kind by providing access to the kind of top quality cameras and kit that is often beyond the budget of these films; allowing the work to be produced to the highest standard in a supportive, creative environment. Our relationship with ARRI allows us to offer not only the kit and cameras as part of the competition, but also to make available an invaluable network of technical advice and contacts for each filmmaker throughout the filmmaking process”.

The reactions to the films have been hugely positive. Following the screening John Dower commented, "Red River and Beat The Odds looked as I had imagined from the pitch documents.  The other three were very different to how I had envisaged.  I was interested that the three dramas shared the common theme of imprisonment and confinement.  It's inspiring that Directors UK, in association with Arri, are involved in creatively supporting director's careers and ambitions". Rebecca Manley was particularly taken with Drift, "it was so beautifully done and very emotive. I'm sure it will go far on the festival circuit" and Phillipa Collie Cousins was full of praise for all the filmmakers saying, "they are all so articulate as well as talented!"

If you have any questions about the ALEXA Challenge then please contact [email protected] and keep an eye out for submissions opening for next year’s competition, which we expect to take place in early 2016. As Emma Sullivan says to anyone considering submitting a pitch, “Do it. One thing I've learned from making it, is that because one person - Directors UK in this instance - said yes to me and gave me approval, I moved heaven and earth to make it happen. It does make me think that perhaps we should say yes to ourselves more often and do it anyway. Make work: it keeps you sane”.

All five of the Challenge ALEXA films were screened at a special Directors UK event at the Ham Yard Hotel on Wednesday 27 May 2015. 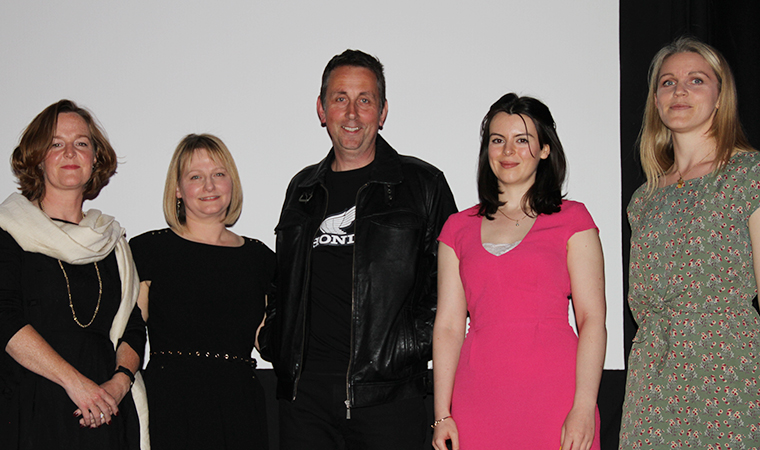