A Sound Understanding: Nick Murphy on DPP Best Practice Guidance at the BBC

I feel profoundly grateful for the diversity in our country; by any serious metric it is proven to enrich us all.

But there are limits. Don’t shout me down but there is one area I wish could be tightened up, where the vast discrepancy between households is producing only conflict and unhappiness: the screens and speaker systems we all use to watch TV drama.

We’ve all seen complaints on Twitter about mumbling, music volume, dark pictures etc. And there are celebrated cases which got more attention than others (though often that was amplified because of a vested corporate interest in attacking the BBC). We’ve even had it back from broadcasters and distributors checking our grades and mixes via compressed, secure streaming platforms on everything from computer monitors to 10 year-old plasma screens, from headphones to flat-screen built-ins.

While we can all push for our elders and betters to check our work on standardised equipment – and by god we must - the technology in people’s homes and hands will never conform to one ideal. Nor of course will their hearing. But I’m interested in how the broadcasters seem to be responding to this.

The current DPP Best Practice guidance, issued by the BBC and aimed at engineers, contains the following advice for mixing music against dialogue. “When the final mix is complete the BBC recommends taking the music down 4dB”. To my mind this is asking engineers, behind the director’s back, after she or he has signed off on the mix, to alter it across the board with one macro adjustment. 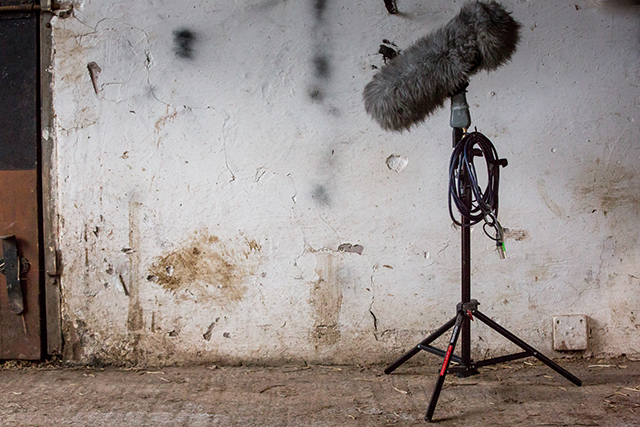 Now broadcasters care about their audiences, their commitment to quality programming, especially the BBC, is uncynical and outstanding. What’s more their sensitivity to criticism is not entirely unjustified. I personally agree there was unclear dialogue in a few high profile cases, and I’m pretty certain none of those cases was down to the engineers involved. Directors and producers sign off on a mix and it is we who should persuade (or coerce?) our cast if ADR is required. The buck stops with us and mistakes have been made.

But does this justify the subterfuge? I infer from the wording, and I’m not alone, that directors cannot be trusted to bear all audiences in mind while mixing. It assumes we don’t understand the common complaint about music volume, the varying hearing abilities among viewers, the differing speaker qualities, the tendency for some actors to mistake mumbling for naturalism etc. And I find it insulting that the DPP is advising to do something regardless of what factors have been considered while mixing.

What I have also found lately is broadcasters putting huge pressure on mixers to reduce the dynamic range of the whole film; lower peaks, higher dips. But again this suggests that drama can and should be mixed like a gardening show (an approach, by the way, that is completely at odds with what US networks are requesting). It cannot; dynamic range in drama is every bit as important as fidelity. Are movies mixed that way before being permitted on TV? Or would they recommend the technicians alter the mix after Marty has left the room?

I may be fretting about something that rarely happens in practice. But it doesn’t bode well. The logical next step is to apply a unilateral process to mixes, and of course picture grades which are subject to similar paranoia, after a show is delivered or even as it is transmitted. I believe it is imperative we are informed if that already happens or if it is planned and, if it is, that we take reasonable steps to prevent it.

I get that there is concern and like I say, some of it is justified but I implore broadcasters not to circumnavigate directors. It has echoes of the problems surrounding the introduction of HD when pointless formatting edicts were laid down without any creative justification. They should engage with us in this challenge, conduct a formal consultation with us, not only so they are more understanding of our objectives, but that we are more understanding of theirs.

Do you agree with Nick? Would you be interested in seeing a formal consultation with broadcasters about this issue, or is there another path you think would be more useful? Let us know at communications@directors.uk.com.