Effective as of 1 October 2014 Directors UK published its official rate card for directors of entertainment and multi-camera shows. Here Directors UK Board Member and Chair of the Multi-Camera and Entertainment Directors Committee, Steve Smith outlines the work they undertook to produce and implement the rate card.

What’s your rate? Negotiating pay as a freelancer is often tricky and as budgets get tighter directors are frequently left feeling squeezed.

Directors seldom work with other directors so the rates we get paid are rarely discussed. I know what I get paid for a job, but until recently I didn’t know if my rate was good, bad or average; but this has all changed. For the first time, Directors UK has published a recommended rate for multi-camera and entertainment directors on its website, and it’s beginning to make a difference for all of us.

Directors UK believe that directors should be among the highest, if not the highest, paid person on set to reflect our role and responsibility. Last year multi-camera and entertainment directors came together to see if we could tackle falling rates of pay for our section of the industry. A gradual erosion of our role - leading to a squeeze on the number of days we work and static rates of pay - made it clear that our pay had fallen substantially in real terms over the past ten years. At a time when we are being more productive (directing more shows for less) many directors are struggling to survive in the industry we love. What was also clear is that our colleagues in lighting, cameras and sound were more successful at negotiating pay rises. The main reason for this success was because they were better at working together over rates of pay.

To establish the facts we did a pay survey and the results were shocking. Rates of pay ranged from £300 a day to over £800 with the majority of multi-camera and entertainment directors earning around £450. We also looked at the rates being paid to senior crew and discovered many people on the crew were routinely paid substantially more, particularly when overtime was taken into consideration - something directors rarely get paid.

Armed with facts we came together as a group to discuss what we thought would be a new fair rate for the highly skilled work we do. We discussed a range of rates and (after a secret ballot) set a new minimum rate of £600 per day excluding holiday pay. This rate was published on the Directors UK website in October allowing all directors to use this information during pay negotiations.

In January the group came together again to discuss what effect this was having and everyone felt it was making a difference. Whilst it isn’t always possible to achieve the new daily rate, simply having a published minimum rate has proved extremely helpful in negotiating pay. Being able to direct employers to a published rate-card is a useful tool in negotiations, giving credibility to the rate. Multi-Camera and Entertainment Directors have found sharing information and openly discussing rates has helped clarify where we all stand as individuals. Working together on pay has proved productive and empowering and is slowly helping increase pay for all.

Whilst more needs to be done in this area it is demonstrating that if we come together we can make a difference. I urge other directors to take inspiration from what we have achieved and start working together to ensure full transparency on pay for all.

If you're interested in the rate card, or would like to speak to us about directors' pay then please contact Ali Bailey, Head of Campaigns: [email protected]. 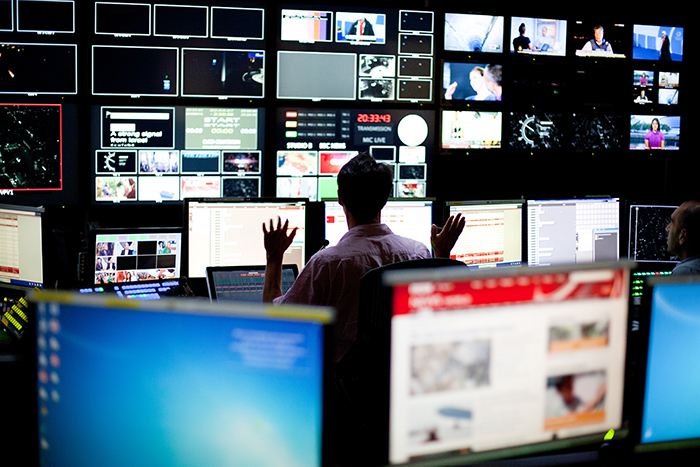 "Where are the women directors?" asks Directors UK Board member Beryl Richards in Broadcast