A group of high profile industry figures — including Sir Lenny Henry and Adrian Lester OBE — are today delivering a letter to No.10 Downing Street, calling for tax breaks to increase the representation of women, BAME and disabled people working behind the camera. Directors UK are pleased to have signed this letter and offer it our full support.

We know there is an urgent issue with representation behind the camera — our recent report Adjusting the Colour Balance found that just 2.31% of TV episodes was made by a BAME director. Meanwhile, our Who’s Calling the Shots report found that the percentage of programmes directed by women between 2013 and 2016 has decreased by 2.98% to just 24.31% of TV episodes directed by women. 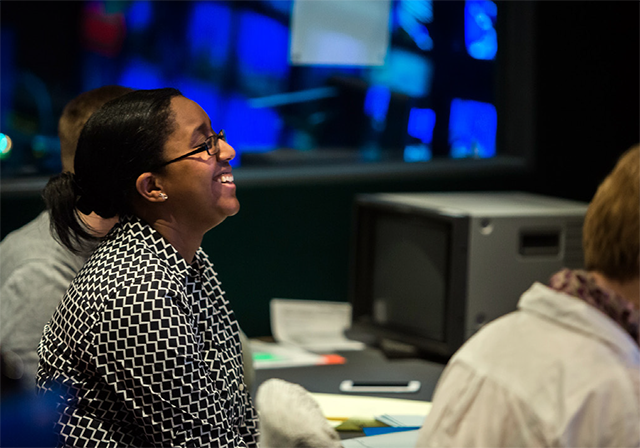 The situation is no less urgent in film, where according to a BFI report BAME employees make up just 3% of the production and post-production workforce, and women made up only 13.6% of working film directors in the UK  despite the fact they make up the majority of film students. Our own Cut Out of the Picture study in 2016 found only 11.5% of films were directed exclusively by women.

That’s not good enough, and real action is now needed — that’s why today’s letter calls for Representation Tax Relief. As the letter states, these tax breaks would be afforded to productions that can meet three of the four criteria below:

Similar tax breaks have already been implemented in California, Illinois and New Jersey for BAME representation, and in France to address gender inequality behind the camera.

Directors UK CEO Andrew Chowns said: “Directors UK supports the proposal for Tax Relief incentives to improve the landscape for under-represented talent. Our own research into the employment of women and BAME directors shows that the industry itself is not achieving change quickly enough, catalysts such as tax incentives and regulatory measures are needed if we want to see real progress.”

The letter is signed by a number of key industry figures, including Directors UK CEO Andrew Chowns, Directors UK Chair Steve Smith, and former Directors UK Board members Delyth Thomas and Gurinder Chadha OBE. A number of organisations have also provided their signature along with Directors UK, including BECTU, The TV Collective and WFTV.

Read the letter in full.