With over 25 years in television drama, Directors UK member Bren Simson has accrued a wealth of directing experience.

In her new book Storytelling for Directors, published this week by The Crowood Press, Bren draws upon that experience to help guide filmmakers through the script-to-screen process, and clarify just what it is a director does.

With a focus on first-time professional directors, Storytelling for Directors highlights the unique tools at a director’s disposal, and how these can be used in a collaborative process to help directors realise their ideas. 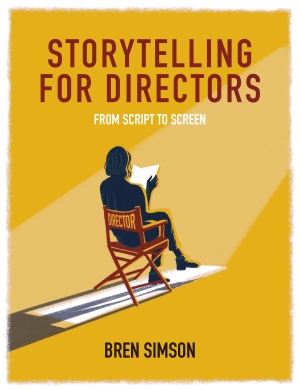 In Britain, the television companies, including the BBC and the independent broadcasters, have the biggest share of the audience, although with the numbers subscribing to streaming services like Netflix and Amazon on the rise, it is declining rapidly. Once, all BBC and ITV drama was made in-house. Now, production has been devolved to independent companies, who take a percentage of the budget to cover the costs of developing and making a project.

The BBC gets its money from the licence fee, which in theory gives it considerable freedom in commissioning programmes. However, despite its programming being free of commercials it is  constrained by its responsibilities as a national broadcaster to make its programming appeal to as wide an audience as possible. The American subscription channels, like HBO and Netflix, operate under no such constraints. They are also prepared to increase the numbers of subscribers to spend more than they receive in income.

This has given the subscription channels the financial freedom to commission innovative drama and documentary programmes, transforming the relationship between the viewer and the product. Previously, television viewing was a casual affair; now, audiences can binge on several episodes of a drama at a time, on a streaming channel or through repeat services like the BBC’s iPlayer, making for a far more intense viewing experience.

Driving this transformation in small-screen drama has been the writer. In high-end drama series, authorship, through the setting up of writers’ rooms, has become a collaborative affair with the originating writer remaining responsible for nurturing the concept. The lead writer is frequently also the senior producer, ensuring that there is ‘one vision’ across the series. As we saw in Hill Street Blues, the writers, Steve Bochco and Michael Kozoll, were also the producers and their production company made the series. The tradition of writers being the producers continues up to the present with another ground-breaking series, The Sopranos (1999–2007), being produced by its originating writer, David Chase.

The American production model for small-screen drama has been imitated with great success in Scandinavian television. The Danish state broadcasting channel, DR, is responsible for a string of internationally acclaimed series, The Killing (2007–12), Borgen (2010–13) and The Legacy (2014–17). Effectively working as an independent company, DR evolved a way of working using fifteen ‘dogmas’ or guidelines. A key dogma stated that every production had to be mindful of its public service remit by including ‘ethical/social themes’ in the form of a dual narrative. This ‘double storytelling’ was to be a notable feature of their success. In Borgen, the story of a woman Prime Minister, the premise was, ‘can you hold on to the power and still hold on to  yourself?’ 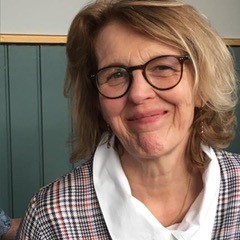 The importance of ‘one vision’ has not undermined the director’s role. Despite national differences in the approach to production, directors are increasingly seen as important collaborators in the relay process of small-screen production, adding to ‘the dynamics of the whole’.

Once the pilot was the only time a director was given an opportunity to shape the visual storytelling. Now, more often, the director is considered instrumental to creating and maintaining consistency in the mood and tone of the drama. Arguably, it has resulted in a more cinematic approach to small-screen fiction.

However, the preparation times bear no comparison with feature films. In the tightly controlled budgets and schedules of small-screen production, director’s preparation is very limited: between seven and ten days of preparation for seven to ten days’ shooting time for an hour-long episode.

For directors, the key to successful working within a production company or within the creative triangle of producer, writer and director is what has been called ‘institutional trust’. So there will be only certain things you get to decide, like the number of extras required for certain scenes, locations that only appear in your episode and any guest casting. Despite the limitations, many feature-film directors are now happily working in television or for small-screen channels like Netflix or HBO or broadcasters like DR.

Increasingly, directors are having to work across many different platforms, embracing the different styles of working. As well as working as directors and writers, some are turning to producing. Martin Scorsese has long produced as well as directed, starting with Boardwalk Empire (2010–14), created by Terence Winter. He directed the pilot and then was one of the executive producers for the following fifty-six episodes for HBO. Jane Campion wrote and produced, then directed, along with collaborators, the series, Top of the Lake (2013), for BBC2. Paul Greengrass chose to premier his film, July 22nd (2018), about the 2011 atrocity in Norway, on Netflix in order to reach the widest possible audience.

It’s not just the well-known names; many directors are working for their own companies, writing and producing along with their chosen collaborators. They are also finding ways of getting their work distributed, either through streaming platforms or in cinemas. Marcus Markou, briefly one of my students, self-distributed his debut feature Papadopoulos & Sons in UK cinemas in 2013 to considerable success.

Working as a writer director or a producer director is never easy. Lynne Ramsay, a successful writer director, who has won numerous prizes with her debut feature, Rat Catcher (1999), and many plaudits since with We Need to Talk About Kevin (2011), including the Best Director prize at the British Independent Film Awards, has experienced creative difficulties with producers and funders. However, despite the setbacks, she has prevailed and her work continues to receive critical acclaim and financial support.

Storytelling for Directors is published by The Crowood Press. Find out more here.