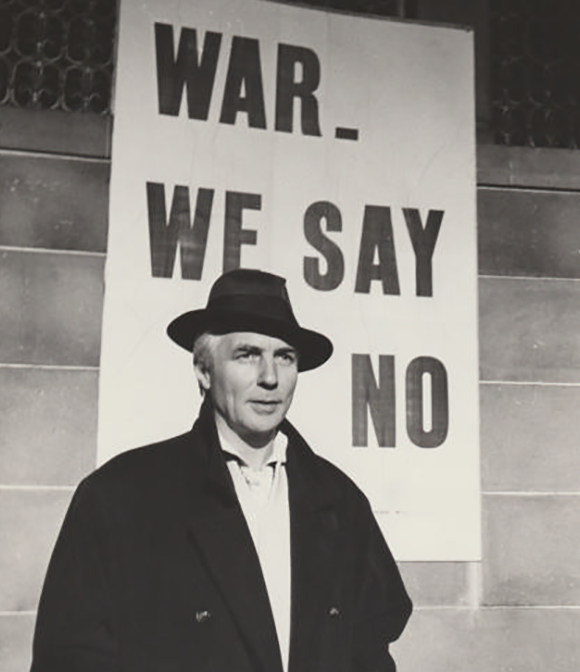 We were saddened to hear of the recent passing of Michael Wearing, a respected television producer responsible for serials and drama at the BBC. Take a moment to read about Michael, and one of our members’ memories of him, here.

Michael Wearing was born in 1939, and studied at Newcastle University. He worked in the world of theatre before joining the BBC in 1976 as a script editor. The eighties saw him move into producing, with The Boys from the Blackstuff (1982), directed by the late Philip Saville, emerging as one of his best-known works.

Michael produced several successes throughout the nineties, a period which is now recognised as critical for BBC Drama. As head of serials for the corporation, Michael executive-produced Middlemarch (1994), which attracted more than 5.5 million viewers. He also produced the iconic Pride and Prejudice (1995). In 1997, he received BAFTA’s Alan Clarke award for outstanding achievement in television.

Michael is survived by Benjamin, Ella, Sadie and his former partner Jean Ramsey. Read a full obituary in the Independent.

Directors UK member Roger Michell has been in touch to share some words about Michael:

Michael Wearing, who died last week of cancer, was one of a handful of those wilful, stubborn and determined producers who rendered so much of the BBC’s output in the eighties and nineties distinctive, hard-edged and glorious. The History Man, The Boys From the Blackstuff, Edge of Darkness, Blind Justice, Die Kinder, The Buddha of Suburbia, Our Friends in the North, Karaoke, Cold Lazarus, Holding On are just some of the highlights of a remarkable career. He was an instantly beguiling figure: the antithesis of the well-groomed, tactically-minded TV exec and initially a chaotic and disarming presence: wreathed in fag smoke, padding around his office at Threshold House, mutterings and expletives emanating from chiselled features. Then, without warning, an utterance: he’d nail it (whatever matter was to hand that required a nail) succinctly and gnomically and more often than not, wisely. He wasn’t articulate, which was refreshing. But he understood instantly what was and what wasn’t valuable in a project or in a person. As a producer he could be tough and grumpy but was always on the side of the story. He simply couldn’t abide the political shenanigans of the post-Birtian BBC and until the end of his time there did his best to protect his projects and himself from the ensuing bureaucratic insanities. BBC Drama as those of my generation knew it appeared to be being dismantled around him. Michael was a really important and much-loved producer who embodied ambition, aspiration and the value in public service broadcasting that it’s hard sometimes now to remember.

Roger Michell is a film director whose works include Hyde Park on Hudson, Notting Hill and Enduring Love. He worked with Michael Wearing on The Buddha of Suburbia. His new film, My Cousin Rachel, stars Rachel Weisz and is forthcoming in June.

“British television is getting a wake-up call”: Andrew Chowns discusses Public Service Broadcasting at the House of Lords