If you find yourself wondering why friends aren’t texting back between 9 and 10pm this week, it’s probably because they’re glued to Cheat, a new psychological thriller on ITV starring Katherine Kelly and Molly Windsor.

We caught up with director Louise Hooper to find out what it was like to work on this tense game of “cat and cat”.

Hi Louise. Can you tell us a bit about yourself, and your directing experience to date?

I started at BBC Arts directing documentaries, which I loved – writing the scripts, pouring over research, the travel to far-flung places and getting to meet my heroes, such as Arthur Miller, David Lynch, Helmut Newton and Björk. I directed documentaries about poetry, photography, architecture, and profiles of such fascinating artists as Wilfred Owen, Salvador Dalí, Ian Fleming and Houdini. My docs were quite heightened and composed so I wanted to take that further by directing drama.

Prior to Cheat, I have had the pleasure of working with Brenda Blethyn on Vera, Jimmy Nesbitt on Cold Feet, and I was the first woman to ever direct on Stan Lee’s Lucky Man, for which it was enormous fun to choreograph all the big action sequences.

I think a documentary background can be a huge asset for a career in drama; you have to work fast on your feet, remain calm under pressure, and, as one of a tiny team, you have to double up as script writer, producer, locations manager, line producer, designer and prop master, all while dealing with budgets, schedules and costumes! It gives you an enormous respect for all the HoDs who work in these various positions and, hopefully, gives you the tools to understand and collaborate with them to get the best results. 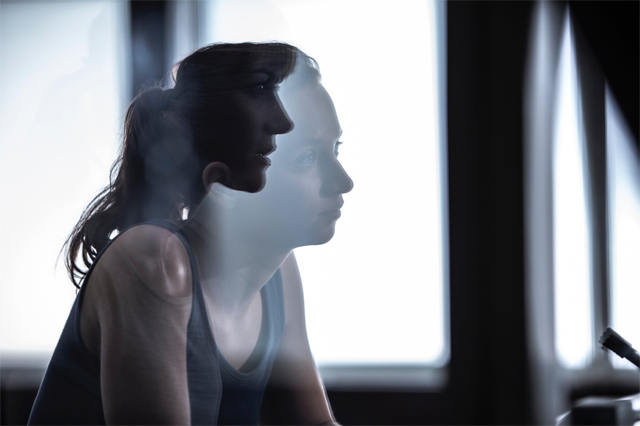 How did you first get involved with Cheat?

I met Lydia Hampson, the producer, who had just made the fabulous Fleabag, and we had a great chat about the ambition for the show and what inspired our vision – which included touchstones such as Notes on a Scandal, The Talented Mr. Ripley and Apple Tree Yard.

Cheat is written by a new writer, Gaby Hull. What stood out to you about the script, and how much input were you able to have as director?

I was drawn to the two intelligent, feisty, strong, intriguing female leads in Cheat, and I liked the way Gaby’s script subverts often-seen thriller tropes. For example, we don’t start with a dead body, a police chase, or a dark world full of menace. It isn’t Nordic/London noir, instead we are drawn into a blistering hot lazy English summer, with bicycles, students and sexual fantasies…

Gaby is brilliant at creating fully fleshed-out characters, not stereotypical cardboard cut outs. Leah (the lecturer) is fiercely capable, strong, sure of herself, but also fragile, vulnerable and insecure. Rose (the student) is young but very self-confident, self-aware and self-reliant, yet this assuredness belies a fragile and insecure interior.

Gaby, to his enormous credit, was always very happy for us to play with the script and to alter the cadences of the language, a word or piece of behaviour here or there. It is brilliant to start off with a fantastic script, beautifully structured and crafted, but for the director and actors to have a tiny bit of latitude to change the odd word here or there on the day, or sometimes even to leave out a line so the action/character’s behaviour can expose what they are feeling without the need for words. 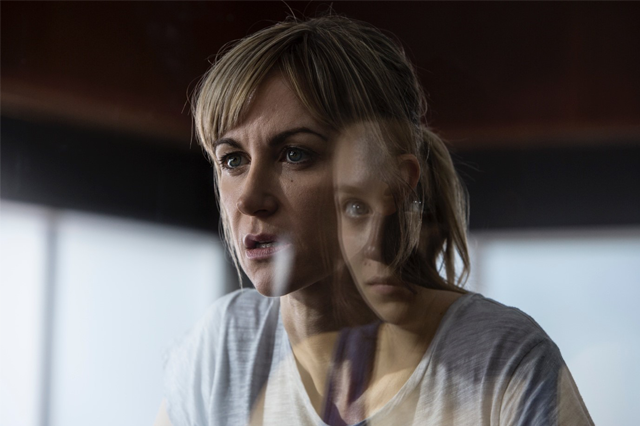 What was it like directing Molly Windsor and Katherine Kelly? How did you help them inhabit their roles?

Amazing actresses! Great cast. It was a blast! Molly, Katherine and I loved working together, discussing the characters, their personalities and behaviour, their virtues and vices, and working out what their tipping points are. My main thing as a director is to have a relaxed atmosphere on set, and have the time to discuss and try out a few ways to approach a scene so that at the end of each day everyone goes home satisfied that we have got the best version/expression of the script.

Molly Windsor has an astonishing hypnotic stillness, a self-confidence and attitude that brings a delicious sense of threat to Rose. Katherine Kelly plays Leah beautifully, she is a brilliant actress, so multifaceted, we can see so much going on in every line and gesture. Katherine is so clever at showing Leah’s strength and pride whilst simultaneously giving clues to the vulnerability and self-doubt that simmers below.

Cheat exposes and unpicks Leah and Rose’s public mask to reveal what lies beneath. And it is this murky underbelly of who they really are that affects their behaviour to devastating effect. Cheat is not a case of cat and mouse, but cat and cat. Two equals pitted against each other – both with a huge amount to prove and to defend. It is the story of what happens when no one is prepared to back down... So we wanted both leads to have equal prominence on screen, like two boxers in a ring. In each scene when Leah and Rose were together we would be careful to discuss who had the upper hand and at what point the power shifted, so that the audience is never quite sure who is the victim and who is the perpetrator – it’s shifting all the time.

What was the high point of directing the series?

The shoot was nine fun weeks over that hot summer last year. High points would have to be filming in Gonville and Caius in Cambridge, a spectacular college where Professor Stephen Hawking studied and worked, so that was quite a thrill. Working with such a great cast and crew is everything for me; Ed Rutherford was the DoP, and his lighting and creativity is superb. Claire Kenny, the designer, was a wonderful creative collaborator and the three of us enjoyed discussing the atmosphere, colours and look of the piece throughout the shoot. 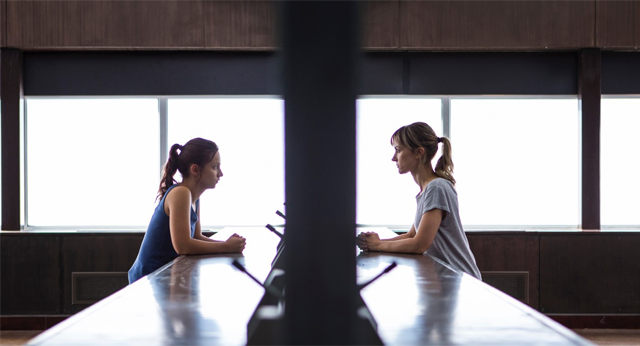 What was the look you wanted to achieve?

We wanted to use very graphic, symmetrical drone shots high above Leah and Rose’s university college. We then lowered them down into the quads/courts below, stealth like, slowly. We wanted this to feel like a pressure cooker, pushing down on the characters, making the world close in on them, to make the atmosphere stifling and claustrophobic.

I wanted to make Cheat as visually stylish and arresting as possible. Cinematic in terms of beautiful lighting and composition of shots – courtesy of our wonderful DoP Ed – but also to have a bulletproof reality at its core. Our aim throughout was to create a real, authentic world but for that reality to be slightly intensified and stylised, to give a sense of unease. I wanted to create a feeling that there are forces at play which the characters can’t fully control. A sense of fate and impending threat…

We wanted this to be a sun drenched, hot, hazy summer thriller, not a cold, monochromatic urban noir. Ed’s lighting is stunning; he magically creates that odd afternoon sunlight that hits a wall but leaves the rest of a room in cool shadow. His lighting creates wonderful mood and atmosphere.

Last year our Cut Out of the Picture report showed that overall the number of TV episodes directed by women between 2013-2016 had gone down. However drama was the one genre to show a slight increase. Cheat has a really strong female presence behind the camera, with a woman director and producer – but what would you like to see change in UK TV to encourage greater gender equality?

There are lots of hugely talented and brilliant female directors out there, but they just don’t get the opportunity to prove themselves as it is so hard to break into drama directing – for people of any sex. The main paths for becoming a drama director seem to be: direct an amazing short film and get noticed, or work your way up from directing on shows like Doctors, Holby and Casualty. After I directed docs, that was my path and it was hugely fun and rewarding, but it’s really up to brave and exciting producers to give women a chance – as once they have directed a great block or two, everything can open up. It’s just about the industry helping people to have their first opportunity to shine, and not taking the lazy option by always asking the same people to direct.

Which other directors’ work are you loving at the moment? 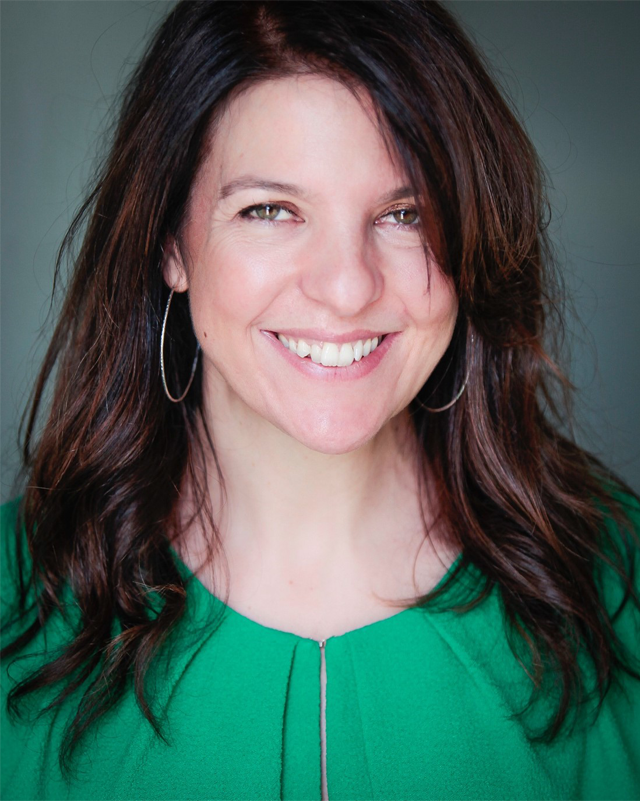 I am a big fan of Jessica Hobbs’s Apple Tree Yard. It is still a bench mark for me in terms of storytelling, composition and casting; a really bravura piece.

Toby Haynes is always directing something fabulous. I loved with a passion his Jonathan Strange & Mr Norrell, it was gloriously inventive, unique, bold and beautiful. Similarly, Brexit: The Uncivil War was another tour de force. A compelling, shocking, cleverly-directed piece that distilled the emotion of what it is to take a side and push on to win, no matter what the consequences are…

I am very excited to be starting a new project in a few weeks: a fantastically-written four-part thriller by Sarah Williams (who wrote The Long Song), called Flesh and Blood. Produced by Letitia Knight, it will be showing on ITV next year.

We look forward to seeing it!

But first, we’ve got Cheat to enjoy. Watch on ITV at 9pm, Monday to Thursday this week.

Directing under lockdown: how we made Old, Alone and Stuck at Home and Grayson’s Art Club

Manifesto analysis: what are the main political parties' plans for the creative industries?