Directors UK member Zoe McCarthy has recently launched a Kickstarter campaign for her film, Sunset Rose - a film noir to be shot on 16mm in an original 1940s diner. Zoe writes for us about the process of setting up the campaign, the thinking behind the project and conducting their test shoot.

Noir is a stylish, suspenseful and sexy genre that has influenced so many films, both old and new, since its rise in the 1940s. We wanted to share this genre through our film with as many people as possible, both die-hard fans of classic noir and those who have never seen a noir before.

Sunset Rose is a high tension tale of deception and murder in 1940s America. Len Bailey, a straight talking, enigmatic detective with an unsolved case retreats to his usual secluded haunt: a beat up, isolated diner by the docks in the dead of night. This time there is someone there waiting for him. Elusive and charming, Mary appears no more than a curious stranger, until one reveal shows their flirtatious rapport descend into a much darker, dangerous game.

Both myself, the writer Jack Westerman and the DOP Suzanne Smith, knew from the off that we wanted to make a film that not only celebrates the noir genre but celebrates film, its craft and discipline so often forgotten in the digital world we now live in. Our generation has grown up amidst huge developments in film technology – these days anyone can make a film on their phone. Whilst this makes filmmaking hugely accessible, we feel that something has been lost – not just cinematically, but in the process itself. 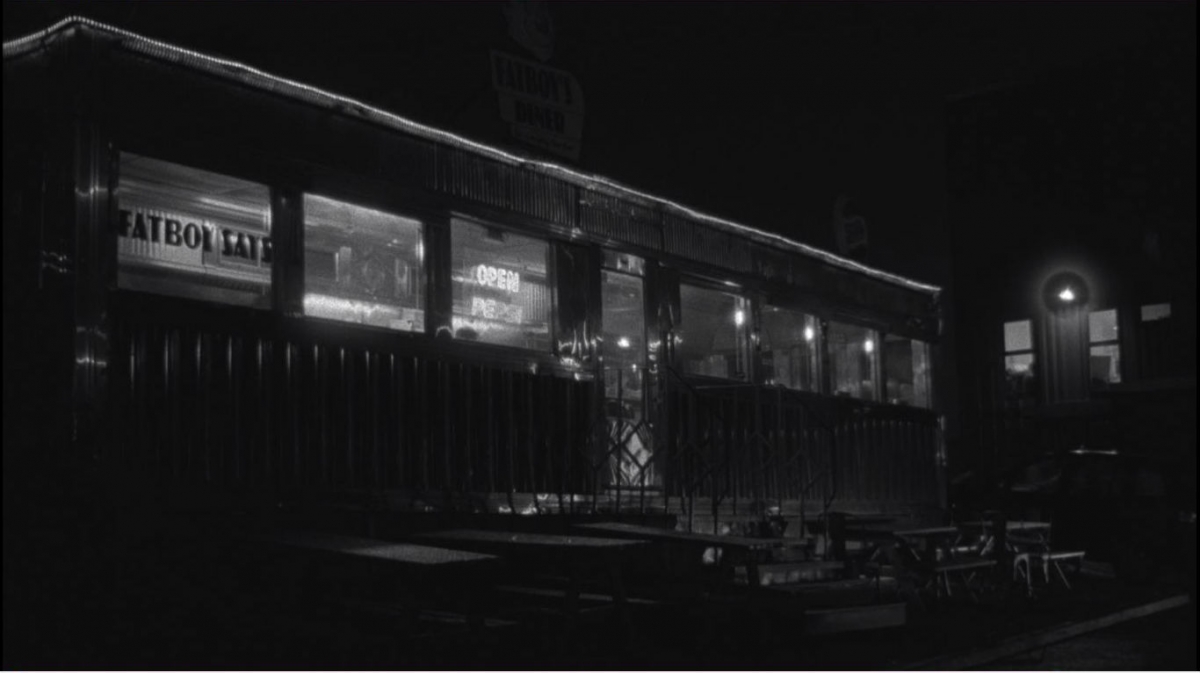 The film will be made by a female-led group of award winning independent filmmakers. Victoria Ijeh, Suzanne Smith and I lead the core crew as producer, DOP and director respectively. Despite our young age, between us we’ve had short films screened at the BFI, Cannes Short Film Corner, Limelight Festival, Pinewood Studios, on BBC2 and at a variety of international film festivals. We’ve also worked in a filmmaking capacity with organisations including the V&A, Roundhouse, National Geographic, BBC Current Affairs, Leeds Festival, City Showcase and Latimer Creative Media.

We’ve all been making no-budget films and shown what we can do with the resources to hand. But now we’re looking to step up our game in order to realise this stylish, distinctive genre and capture it in the form it deserves. We felt that it was only through Kickstarter and the funding and support of others that we'd be able to do that.

The team and I have received a phenomenal amount of support from industry professionals. Crew attached to the project have over 40 years of experience in film and television and have donated their time to be a part of the project. We’ve been very fortunate to have such experienced, talented professionals helping us out with the project, from advising on scheduling to lending their expertise in the camera department. ARRI, Cinelab and Kodak have also been unbelievably helpful and supportive during the early stages of this film. 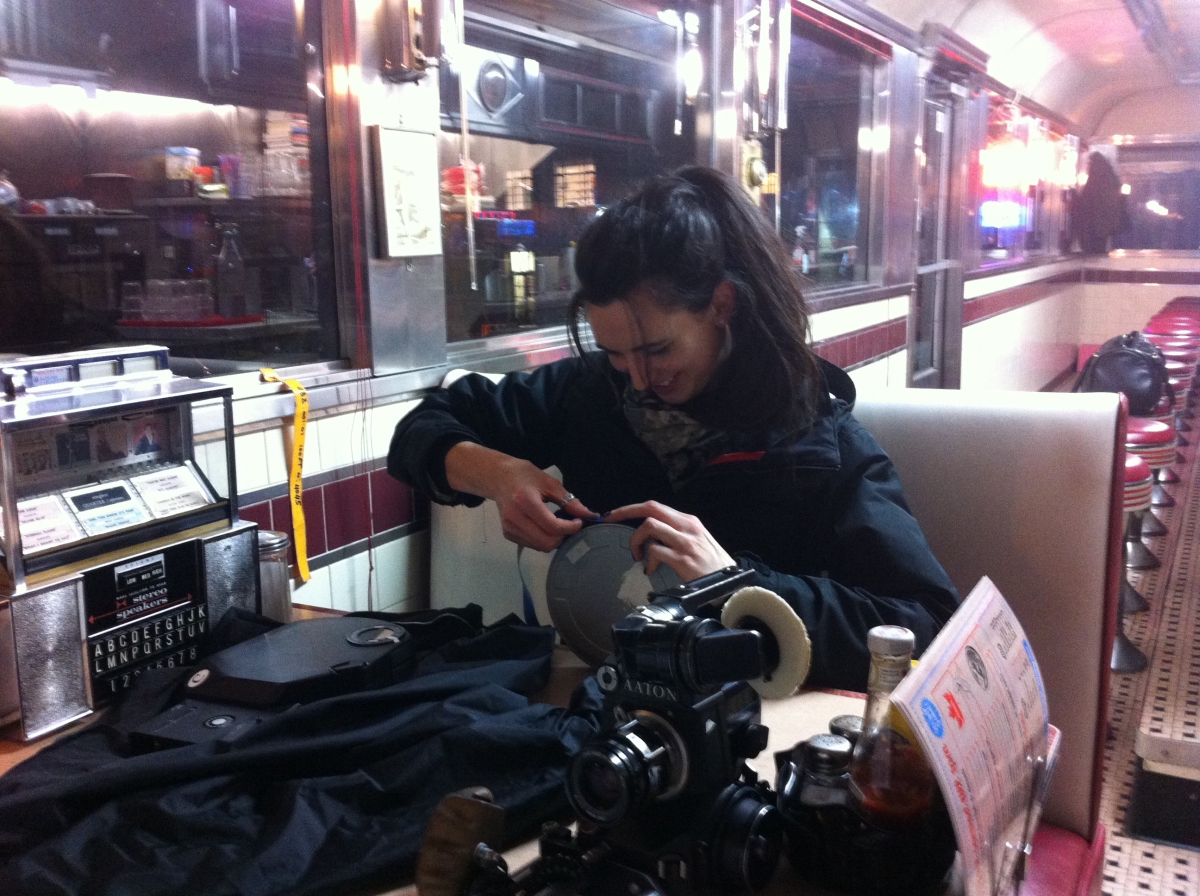 Shooting on film brings a whole set of new challenges for the camera department. Camera tests are absolutely essential as we need to know exactly what exposure the stock is going to give. It’s entirely changed our approach to shooting: we know we’ve got to be as prepared as possible before we get on set. To that end we’ve visited our location many times and had lots of discussions about our set ups and camera movements. We’ve also undertaken a test shoot to be one step ahead of any technical problems that could arise.

The process will be very different for Suz and I because we won’t have any monitoring system to rely on, instead sharing the eyepiece and staying close to the actors. What’s more, we’ll be housing film cans in our fridges for the foreseeable future!

This different approach has had the added benefit of teaching us to shoot economically and being thoughtful with our storytelling. We hope to inspire other filmmakers to make a creative choice about using film in future. 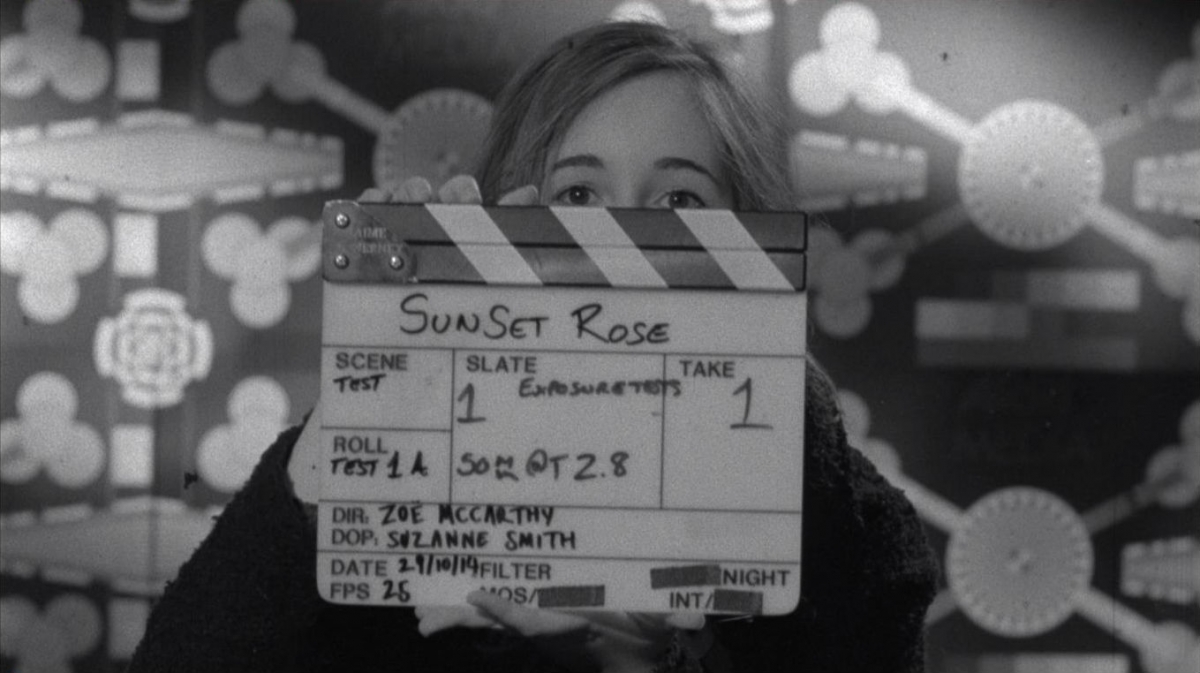 Given that we would be shooting on film, undertaking a test shoot for this project was essential. Suzanne Smith, Jaime McInerney (the focus puller) and I went to ARRI for a full MOT on the camera and lenses, and got a test room for the day. The purpose of this was that it allowed us to check how the film exposes and to iron out any problems in the process early on. One of ARRI’s engineers looked at it for us to check the focus would be in (given the thinner, black and white celluloid) before we started.

We ran two basic exposure tests using a couple of different lamps, positioning them so that I could check the exposure at varying stops to the background. We then filmed a grey card and macbeth chart, which shows us how different colours photograph in black and white, and undertook quick tests with each lens to check that they focused.

It wasn’t without its teething problems, but that’s what a test shoot is all about. Poor Jaime had to unwind the 100ft reel in a blacked out film tent because it was on a different shaped core to the one for our camera – then wind it all the way back onto a new core to shoot!

Hearing the camera whirring for the first time was an incredibly exciting moment. Suz and I both looked at each other with joy (and relief that it had actually worked!) and realised that our journey had now begun. It’s little nuances like these that feel absent from digital filmmaking.

We couldn’t resist popping down to our location to use up the remaining few seconds of the reel, and I’m so glad we did: seeing it on film for the first time reaffirmed our faith in using 16mm for our shoot. The location we’re using is a real hidden gem called Fat Boys Diner, an original 1940s railroad car diner shipped over from America and now situated in East London. It’s completely one of a kind, and its unusual position by the East India Docks creates a twist on the classic noir, giving it a strange, other-worldly setting, whilst allowing us to be true to the era. 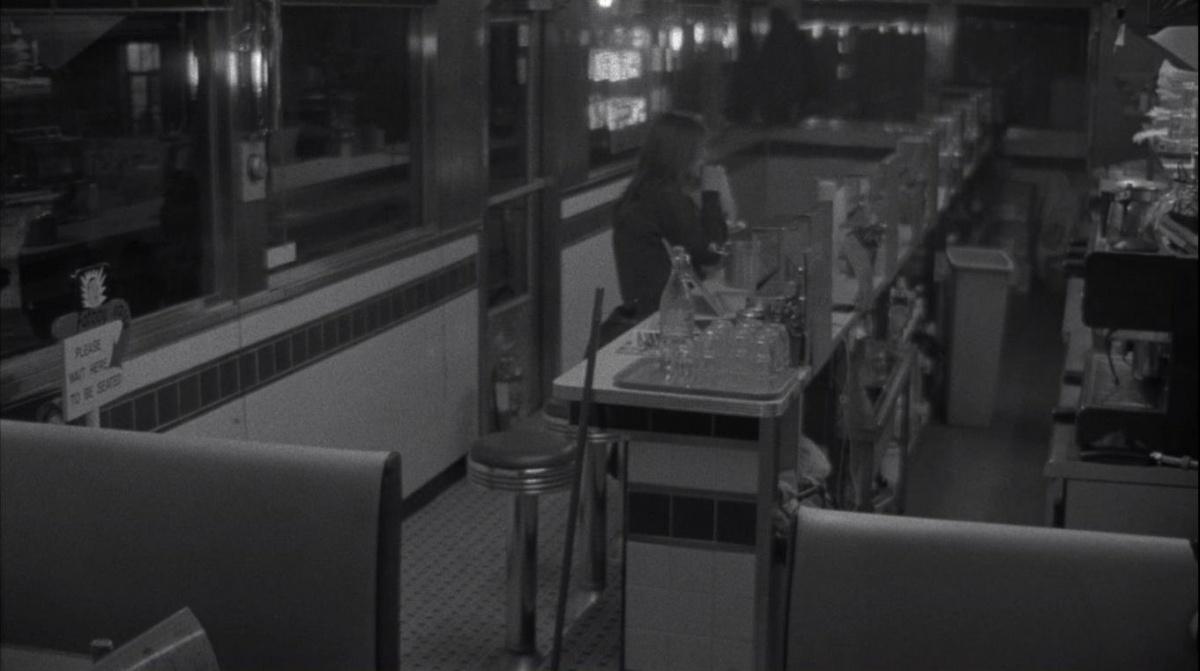 The diner is covered in LEDs and there’s a lot of light pollution from modern day surrounding like the Emirates cable cars, so Suz wanted to check if when filming we’d be able to see anything that would give away the time period and find out how to work around that ready for the actual shoot.

Once we’d finished filming we dropped the reel off at Cinelab, who very speedily developed the test shoot and had it back to us within a couple of days. We were delighted with the result and shared it with our Kickstarter backers as soon as possible.

We’ve been delighted with the support we’ve received so far, but as is the way with Kickstarter, if we don’t reach our target we get nothing. Our next steps are honing in on production design, costume and focusing our energies on the last days of our Kickstarter campaign!

You can find out more about Sunset Rose on their Kickstarter page, their Facebook page or by following them on Twitter or Tumblr.