It is surely every director's dream to have their film chosen to open or close a world-renowned film festival, so when John McKay's Not Another Happy Ending was selected for the closing gala at this year's Edinburgh International Film Festival, we wanted to know what it was like. Happily, John told us, in the form on the article below. 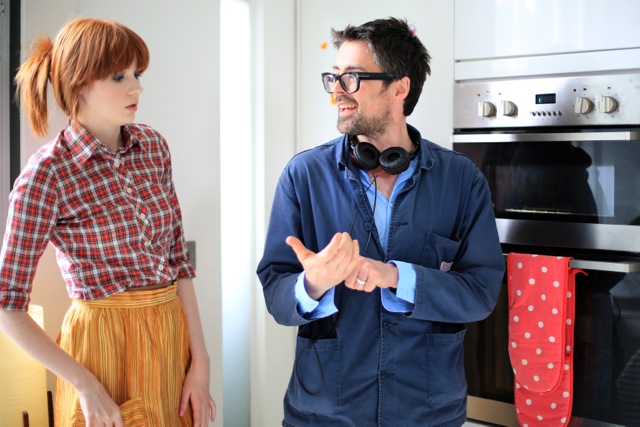 Karen Gillan and John McKay on set of Not Another Happy Ending.

I got the news in May. My movie, indie romcom Not Another Happy Ending starring Karen Gillan was going to get its world premiere as the closing gala of the Edinburgh International Festival this year.

Second reaction: mild panic. You can’t avoid it - it's an opening night just like an opening night in the theatre, but without the advantage of going round at half time and telling the cast to give it some extra welly. It’s all done - it’s all up there - it’s NOW.

There would be a red carpet. There would be be many, many photographs. I’m not particularly keen on being photographed - the back of my head is wrong and my eyes always look like I’m asleep - but in order to facilitate this I had been given the freedom of a Harris Tweed shop in Victoria Street, the curviest street in Edinburgh. I had visions of a deerstalker and cape, until - after two days of being locked in a hotel room with avid film bloggers - I got into the shop and saw that the young guys serving looked a bit like Mormon rock stars. They watched patiently while I threw half the shop around - I treated it like a costume fitting for an ugly minor character - until eventually I emerged in a light grey herringbone suit. I figure that in a sea of man-at-C&A dj’s, the film director is one the person allowed - expected even - to look different. Otherwise he’d be the studio exec, right? 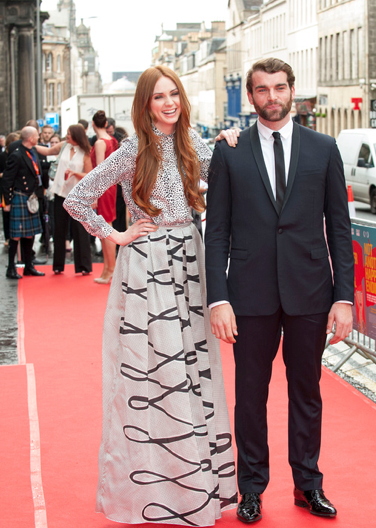 Ahem. It was of course also an important occasion for the movie. We’re a classic indie - all willpower and sticking plaster, very little budget - so the showcase of closing the EIFF was an incredible opportunity for the film. Not least to prove that people were interested - and that we could make the papers. Specifically, the front pages. Hello distributors....

As it happened, Karen Gillan turned up in a black and silver-white Holly Fulton dress and heels that made her already pretty celestial six foot look a positively Olympian nine foot four. It was like she’d stepped out of a silver coach from a Tim-Burton-themed Cinderella set in Stunning Giant Land. She was walking event. The wall of photographers outside the theatre went crazy. We would make the front pages.

The only person who could possibly look good next to her - he is, improbably, two inches taller - is Stanley Weber, her bad-boy French co-star; and they looked so good together the papers instantly invented a relationship for them in order to decide they had “broken up”. The rest of the cast - Gary Lewis, Freya Mavor, Kate Dickie - didn’t look so bad either, and treated it like a family reunion.

It was a kind of dream. I got to stand on the red carpet with my children, who thought it was all pretty normal. I believe I may have made a speech. And then we were really, actually, after four years of willing it into existence (eight for its producer Claire Mundell and ten for its writer David Solomons) watching it up there, fifty feet wide and glowing, in the amazing Festival Theatre with 2,000 real people. Incredible!