Published on: 22 July 2019 in Career Development

The mentoring partnership would take Abdullai to Birmingham and to behind the scenes both on set and on location. Abdullai kept a two-day diary of his time with Doctors below.

For the last 20 years I’ve been directing mainly factual television programmes. From serious current affairs documentaries to flagship factual entertainment series with people like the Hairy Bikers and Kirstie and Phil, to blue chip BBC formats like ‘DIY SOS’ — but I’ve always wanted to direct drama. So when an opportunity came along to be mentored by Steve Kelly, a successful British filmmaker with three movies to his name (the latest being The Bromley Boys), I jumped at the opportunity. I have known Steve for almost 20 years but we only recently reconnected after bumping into each other at last year’s Directors UK screening of BlacKkKlansman. When we first met back in 1999 Steve was a successful factual television director and I was learning the trade within a multi-skilled production unit at London Weekend Television called The Lab. When we got reacquainted I was desperate to find out what the secret was to his successful move from factual to feature films, so I asked him about mentoring me through the Directors UK Inspire scheme, and he said yes — and within a week had organised for me to shadow him on the set of the BBC’s flagship daytime soap Doctors. I would be joining him on set in Birmingham for a couple of days. 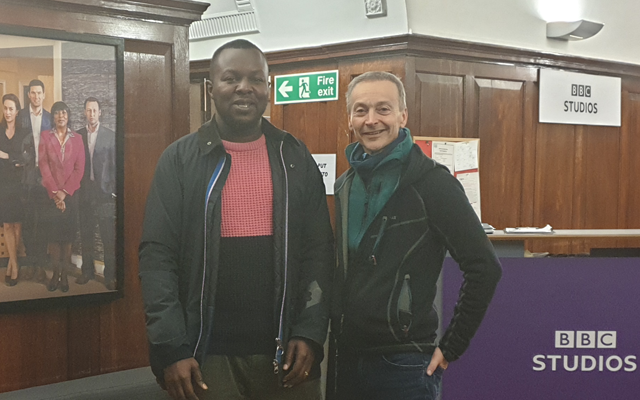 What has always struck me about Steve is his patience, positivity and creative ability. He is someone who despite working in the indstry for almost 30 years hasn’t become cynical, he’s maintained a “can do” attitude, which is something I’d like to emulate. And when I contacted him a few days before travelling up to Birmingham, any fears I’d harboured that I’d be spending my time hanging around his set like a spare part were allayed. Steve insisted we get the train up together the night before, so he could give me a detailed briefing on the schedule for the next couple of days. Those early insights in to how I could get the best out of the experience proved invaluable.

The day started at BBC Drama Village at Selly Oak, where we’d be filming. Steve insisted that we get there half an hour early to meet everyone — which was a master stroke. For him it meant that everyone would be ready to hit the ground running when the cameras started rolling and for me it meant that everyone would know who I was, so I wouldn’t feel like a gooseberry all day. I did the rounds introducing myself to absolutely everybody in the Make Up, Camera, Art, Sound and Lighting departments, the 1st AD (naturally!), DOP, Continuity, Runners. All of them answered to Steve.

Now I’m used to directing large crews on location and working with talent to tight deadlines, but it felt like Steve had far more to contend with. Take the schedule. The plan was to start filming at 8.00am and wrap at 6.30pm — in that time he’d have to have 14 scenes in the can and shot 18 ½ pages of script. That’s pretty tight bearing in mind you’re unlikely to nail a scene on the first take. Cameras need to reposition for alternative takes, people have to break for lunch, actors like to rehearse their scenes, etc. It doesn’t leave a lot of wriggle room should anything go wrong…which it didn’t. 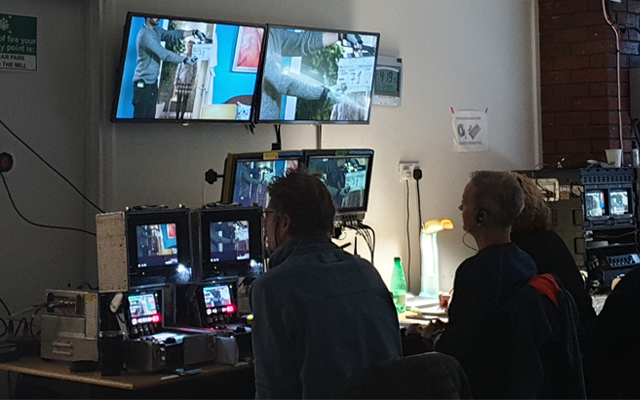 We spent that first day on the set of the The Mill Health Centre. It was great to see everything come together and the level of professionalism on display across every single department. With everyone taking such pride in their work and combining to get scenes filmed within time. Also the amount of confidence and conviction Steve demonstrated to commit to shots knowing that calling it wrong would have far reaching implications for the schedule. Also the authority, and patience, you need when discussing scenes with actors who know their characters inside out…and those that don’t. It was a privilege to see all those actors at work up close, and it was amazing how quickly they can turn it on when the 1st AD called “Action”. As a director myself, it was also a joy to see everyone supporting one another and the chemistry between the director, cameramen, actors and the 1st AD. It really was a supreme team effort overall.

Towards the end of the day Steve gave me the opportunity to block out the last scene which was a good gesture particularly as time was against him. It was nice to get a feel for the pressure he’s constantly under, with people waiting for your next call whilst you’re “getting creative”.

All in all, it was a great day but when we’d wrapped I wasn’t done Steve took me for a quick debrief over a curry (when in Birmingham and all that). Then an early night in preparation for more of the same...but it was completely different the following day. 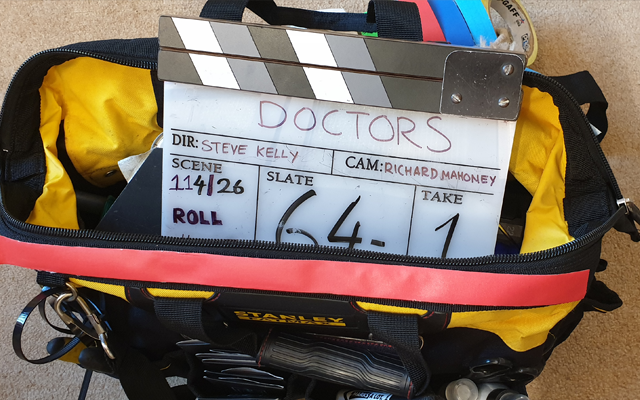 The following day we filmed on location a few miles away from Selly Oak in a family home. It was a large residence so the plan was to knock off a few different scenes in different places throughout. It was an eye-opener seeing how the crew coped with relocating so much kit and so many people in to what was essentially someone’s house and not a purpose-built set.

I’m in and out of people’s houses all the time when making factual telly but generally don’t have 30 crew in tow — plus large lighting kit and actors. Filming in a place you’ve never been before and trying to maintain a sophisticated look is a challenge, but Steve took it all in his stride.

They say if you can direct a block on Doctors that you can direct anything because it’s a tough schedule with a tight turnaround, you’re often working with a variety of seasoned pros and less experienced people both in front and behind the camera and you’ve got high production values to preserve. 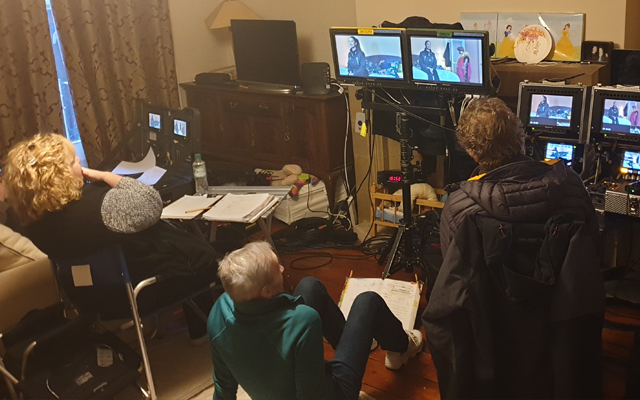 There are always a few hiccups on the way which eat into your schedule but Steve taught me a valuable lesson about shooting for the edit. If all else fails, make sure you have sufficient footage for your editor to tell the story of that scene. You may not always be able to indulge yourself with signature flourishes or that ‘essential’ crane shot, but as long what you’ve shot can be constructed into a plausible narrative then usually you’ll be ok.

Another bonus from my final day was taking the chance to have really constructive conversations with cameramen Anthony Green and Damien Hyde, DoP Richard Mahoney, 1st AD Jonathan Hunter (who is probably still celebrating Wales’ Grand Slam win!) and producer Gail Evans. Also the executive producer Mike Hobson even took time out of his busy schedule for a chat which I wasn’t expecting. So a big thank you to everyone at Doctors for making me feel so welcome.

It was a wonderful experience that’s given me a far better understanding of what it takes to direct drama and inspired me to give it a go myself…so watch this space.

Directors UK Inspire: Mentoring on the set of Hollyoaks