Directors UK member Francis Annan has recently completed filming on his latest project, The Longest Drive. Shot on super 35mm, the dialogue-free short uses visuals and editing to tell its story. Francis thought an account of his experience might be of interest to his fellow directors as it shows that it shouldn’t be assumed that 35mm is out of your price range or comfort zone:

I had the idea of shooting a short film without dialogue, something that had a picture-book feel and relied purely on the images, cuts and reactions to move the story forward. Darren Boyd (BAFTA winning actor for Spy) liked the script and came on board so all we had to do was cobble together the film and kit so we could actually go out and do it! 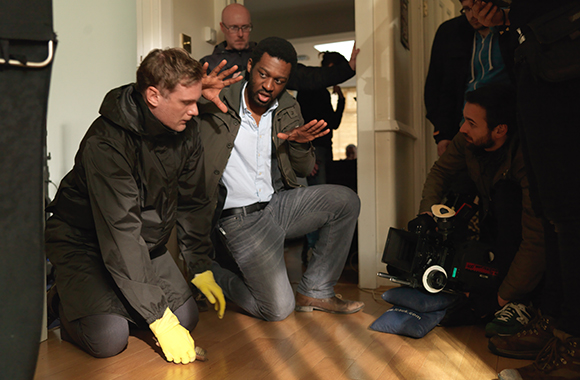 Film seemed like the natural option for shooting this project, in terms of both the authentic, non-digital look I wanted to achieve and the way that one works with film on set. I chatted to Sebastian Cort, the DOP, and he went out and found the film. When you're making a short film – whatever the budget – you're often asking for favours, discounts and freebies anyway so I thought 'why not do that with the film as well?'. People seemed very willing to help simply because we were shooting on 35mm, which was a good thing given that we had… let's just say less that £10,000 to work with. iDailies were incredibly helpful and gave us a deal we couldn't really refuse. For developing the negative and transferring the high resolution scans it was less than £800 for 4,000ft.

Sam Clark (our contact at Kodak) rooted around and found out that amazingly Brad Pitt's Fury had just wrapped and had a few thousand feet of leftover stock sat in Kodak's fridges they were happy for us to take. Sebastian managed to get the lights and some grip equipment from the NFTS, because he'd just graduated from there. Panavision did a great deal on the car bonnet rig which we used to get some fantastic shots. We got the camera (the same Penelope Aaton camera used to shoot Captain Philips), lenses, etc. from Ice Films and they gave us a whole raft of other goodies for less than £400 for 4 days. And no, my Dad doesn't own the company! It was just a case of people seeing what we were trying to do, realising we were serious about it, and then really making an effort to help. It was their collaboration and willingness to help that allowed us to make the film. 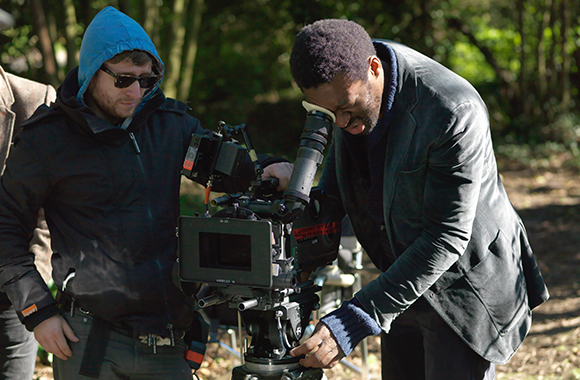 Francis Annan on the set of The Longest Drive

It’s not very common to shoot short films on 35mm these days but in fact I think it’s perfectly suited to the medium. For one thing, the picture quality is amazing – the film stock is so rich and colourful that it just instantly lifts the production value and aesthetic without having to do all that much extra work! Secondly, the limited amount of stock and time forces you to think in terms of what images are absolutely necessary to tell the story most directly. Throughout, the director has to hold the entire film in their mind, which brings a focus and linearity. I had to be frugal and conservative with what I needed to tell the story. I really enjoyed these constraints as they helped me to make focused, clean decisions. I didn't find working with a limited amount of stock to be a negative thing but rather a liberating one; you know the pages, you know what you've got to do and how much stock you've got to do it in: off you go! I love that. Christopher Nolan, the Coen brothers, Ben Stiller and Steve McQueen have all said very similar things and if that's good enough for them, it'll do me too.

I also felt braver using 35mm. Most of the shots were captured in one take, and the most we did was three takes for a more complicated action scene. This is what happens when you know that you're carrying this gold in your hands, and everybody else understands that and they're happy to take the director’s lead. Producer Christian Gill was particularly helpful here. We shot just under 3,000ft for a 10mins film and we probably could've shot even tighter than that.

We had one cable going from the camera, a BNC into a clamshell tape recorder operated by the script supervisor. I'd look through the viewfinder for a rehearsal, give one or two notes, then perhaps watch another rehearsal on the clamshell or just go ahead and film. I’d record the rehearsal on the clamshell for a handful of complicated shots. It's a continuous feed from the viewfinder, so if you just hit record on the clamshell, you can 'record' as many takes as you like and play them back to everyone, before you go and shoot the final thing: simple, yet beneficial. Everyone on set got the idea fast: if it looks right, we're going to be shooting next, get it in one take and move on. You definitely have to rehearse when shooting 35mm but I didn't want endless rehearsals purely for the sake of it. So in some ways I actually think I moved faster on film than on digital. 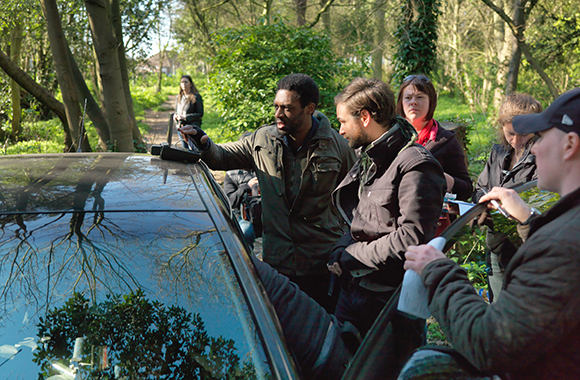 Francis Annan on the set of The Longest Drive

I think if you’re not directing an effects-heavy film then you should seriously look into using 35mm (and even if you are; just look at The Amazing Spiderman 2 or Mission Impossible: Ghost Protocol). As long as you have a shot-list and think wisely about what you need, then it doesn’t have to be daunting or budget-busting, and you’ll still have enough film to let the actor do a few more takes because you won't be getting 'safeties' and additional shots that you just don't need.

Directors shouldn’t be intimidated by shooting on film or allow themselves to get drowned in HD technology. Film is still widely used in a whole range of genres and mediums. If you like shooting fast, thinking fast and thinking in terms of images and cuts, I'd recommend shooting a short, a feature-length production, a TV episode or series (as shown by Breaking Bad, The Wire or True Detective, and possible now thanks to Directors UK's triumph in allowing directors to continue using super 16mm for UK TV drama) in 16 or super 35mm. I really think that film is a friendly companion on set and in post-production, as much for its beauty, richness and visual distinction from digital as for the logistical and creative focus that working with it engenders”.