Directors UK speaks out for fair incentives for British filmmakers 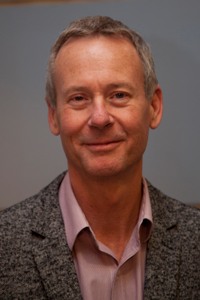 Directors UK CEO Andrew Chowns spoke today about the need for fair incentives for filmmakers in order to stem the loss of British talent overseas and to help create a sustainable UK film industry.

He was speaking as part of a panel at today’s Westminster Media Forum Keynote Seminar on the UK Film Industry.

Addressing the issues of ‘Talent, training and the “brain drain” ’, Andrew spoke on behalf of directors revealing that in a recent survey 70% of British film directors said they had to accept the deferral of part of their fees for directing a film, risking huge proportions of their pay with little prospect of seeing any return. The result is that many directors leave the country to seek work overseas where the incentives are greater and the rewards are fairer. Others leave the industry altogether.

He went on to emphasis that implementing key proposals in Lord Smith’s recent Film Policy Report would help to transform the industry and the careers of those in it. In particular the recommendations that writers, directors and producers should receive a proportion of the revenues accruing to BFI-funded British films at the same time as other parties; and that a percentage of a film’s revenues should be accessible to filmmakers for reinvestment in new projects.

Directors UK, Pact and the Writers Guild of Great Britain are now working together to develop the detail of these proposals in order to realise the objectives of the film policy review.

To read the full press release, please click the link below.