Published on: 23 September 2019 in Career Development

Directors UK Inspire: shadowing on the set of Outlander

By striking up a mentoring partnership, directors can gain vital experience and support in their careers. Below, director Philippa Armsby-Ward writes about her experience on the scheme, where she shadowed director Jamie Payne on the set of Outlander. 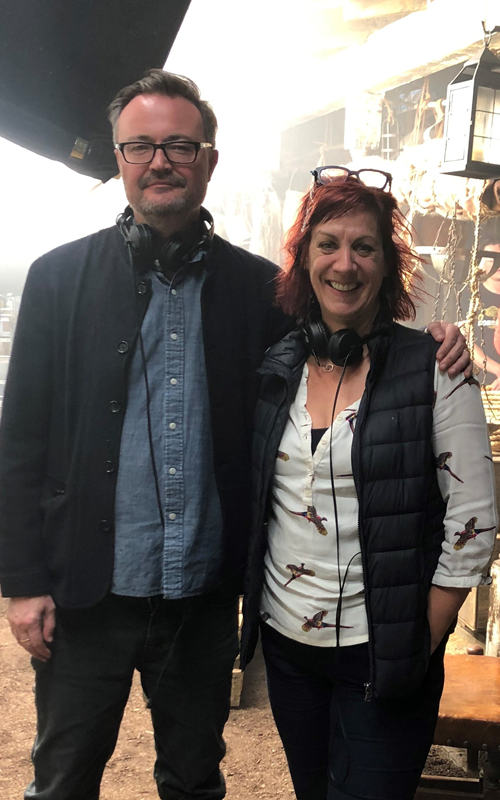 I’ve been producing and directing short-form content in the television industry for decades, and last year I was approached to direct a feature. Initially I was flattered, but then I was slightly taken aback by the daunting task ahead. Never one to shy away from a new challenge I read the script (which I loved) and then went about finding ways to better myself and understand what I needed to learn to become a great drama director. Directors UK Inspire gave me that opportunity.

Directors UK has been amazing in many ways, from networking events to other kinds of assistance. When I applied for the Inspire programme I had to attach myself to a director, and after thinking about who could help me on my journey I approached Jamie Payne and he agreed. That’s how our mentoring partnership got started.

After a few long calls and emails Jamie invited me to shadow him on the set of Outlander series five, where he was directing his block of two episodes. This was my first experience of being on a large studio set with multiple stages and over a hundred crew, and I was surprised at the level of calmness throughout. Watching Jamie, the crew and actors in action on this high-end drama — with everyone working at the top of their game — was pure joy.

Jamie introduced me to all the heads of department and actors, which allowed me to ask some insider questions. My biggest take away was the relationship between the director and the actors and how that works in drama. The director’s role on drama is colossal, they are communicating with everybody, and they have to have clear vision and really know what they want. Jamie’s prep every morning and evening, which involves digesting the script and reviewing the rushes, is paramount to getting what he wanted in his day ahead. This is in addition to the five weeks prep he’d already done.

I don’t think you ever stop learning and the Directors UK Inspire programme has enabled me to connect with the right people and discover so much. Never be afraid to ask for help, and if you get asked to direct a feature jump at the opportunity.

The deadline for applications to Directors UK Inspire is Friday 4 October. Find out more and apply today.