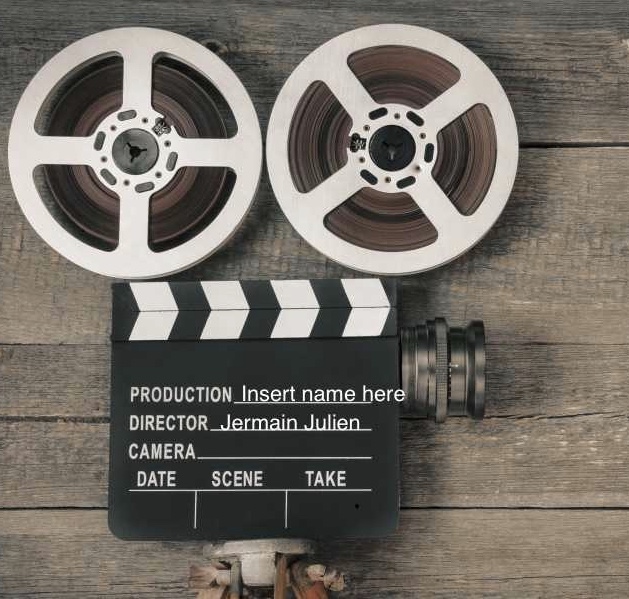 The creativity in continuing drama and children’s TV is sometimes overlooked, but anyone with a background in those arenas will be more than aware of the blood, sweat and inspiration that goes into delivering quality cinematic storytelling.

This hit home for me when I was a 2nd A.D, aspiring to become a director. I remember S.J. Clarkson breaking down what on paper looked like an everyday scene for an episode of Casualty. There was so much depth to how she constructed the scene, I remember thinking that it’s a shame some of the audience won’t notice the layers of creativity. I’ve picked up many lessons over the years from directors like Alrick Riley, Matthew Evans, Jill Robertson, Rob Evans and Illy, to name a few. From the levels of prep to positioning/movement of the camera, evolving performances, placing music and knowing how to deliver my creative thumbprint without overshadowing a show’s house style — they all took the time to let me stand over their shoulder and school me in one way or another.

But how do you get people to appreciate this unsung work? I go back to one of the things I love most about the DVD/Blu Ray era…the director’s commentary.

I’ve recently been posting clips on Twitter in a director’s commentary style. In this day and age, I feel it’s important for directors to maintain an online presence, and with these clips I’m hoping to share some of my creative processes with audiences — and possibly inform those looking to break into the industry.

Read on below for links to some of the clips — ranging from my work in children’s TV to continuing drama and drama series — with a little extended commentary on the side.

Death in Paradise: Stumped in Murder

This #DeathInPaeadise sequence is the biggest scene I’ve shot.
I had to meticulously storyboard this, so I could ask my stunt coordinator, if it would be possible to safely film without stunt doubles? Which we did and the guys did an amazing job.#DirectorsCommentary 🎥🖤🎬 pic.twitter.com/mkUPKerROG

This Death in Paradise plane scene is a sequence of two halves. The interior of the plane had to be done pre-shoot, two weeks into my prep, due to Sally Bretton’s availability — so that was shot against a green screen. At this time the script was in an early draft, so this scene wasn’t locked at the point of filming. I was sat next to Sally throughout the shoot, giving her direction as to when to look out the window and what her emotional state was.

The actual stunt, with the moving plane and bike, nearly didn’t happen because of the cost implications of closing an airfield for a day. At one point it was suggested it would be cheaper to have the bike chase up to a marina and to see a boat leaving with Sally’s character. But I had already shot the interior of the plane, and didn’t want to shoot a homage to Speed 2. I’d also spent a considerable amount of time blocking and storyboarding the sequence, so I could send it to my Stunt Co-ord, Julian Spencer, to see if it would be possible to shoot the sequence safely and without stunt doubles. Danny John-Jules is very experienced on bikes and Kris Marshall is physically fit. Julian is adept at empowering artists in action sequences and he’s an experienced pilot, so when he said the sequence was a go, we were in safe hands.

On the stunt day, I was informed that I had to lose two hours of shooting, to give the cast and crew travel time to the base side of Guadeloupe. This was a blow, but I knew I could adapt my shots and power on. Then I was told that my pilot wasn’t with us, even though his plane was on the tarmac. He sent a ‘pilot friend’ to stand in until he could arrive…but his ‘pilot friend’ refused to pilot the plane once the action was explained to him. I set up to shoot all the plane material, while our real pilot made his way to us. We managed to bridge the time gap so that when my pilot arrived, we got on with the main stunt.

As we got to the end of the day, I had ten minutes to get two setups to complete: the final emotional shot of the episode and the POV of the plane’s undercarriage pulling away from Chris and Danny. My 1st AD, Chris Dando, said I had to choose which set up to go for as there was no wiggle room for time. I called both shots. I instructed the drone team to lead the guys on the bike and delivered the plane’s POV, then they had to fly as far away as they could so that the main camera could get the final shot of Chris getting off the bike for his last line with no sound issues. It was one of my most rewarding shoot days.

This Wolfblood sequence was originally scripted as a parkour chase in a car park. Cars cost a lot to place on screen, so we came up with this. @JacquiBoats shot every frame of the wire work, despite having a stunt double ♥️ #DirectorsCommentary 🎥🖤🎬 pic.twitter.com/jlhpVMVyEM

This Wolfblood sequence was originally meant to happen in an underground car park and was going to be a sort of parkour chase around (and over) cars. As any drama director knows, cars are possibly the most expensive prop to have on screen, let alone when you’re planning to have people running and jumping across their roofs. Having recced the car park and walked the sequence through with the crew, I was in the middle of filming when this scene had to be reworked for cost reasons.

The purpose of the scene was to drip-feed a conspiracy theory and reveal how formidable the character of Victoria, played beautifully by Jacqueline Boatswain, is. I used a gentle Aliens homage to signal that Victoria should be feared.

Prior to this scene, Victoria had always been still and menacing. It was great to reveal her physicality. On the day we had a stunt double, Marvin Campbell, coach Jacqueline through her body positioning and perform any of the wire work she wasn’t comfortable with. When we completed the sequence Jacqueline had shot every single frame, despite a fear of heights. This really delivered a visual punch, being able to see her face as she moved through the air.

Death in Paradise: Beyond the Shining Sea — Part One

This was originally scripted as 3 separate scenes. I wanted to connect them to fully show the optimism and joy of the local people, before tragedy struck. The boom op has to walk through shot to get the sound in the long steadi-cam takes. 👀 #DeathInParadise #DirectorsCommentary pic.twitter.com/KwBbjV1x2U

This Death in Paradise opening was originally scripted as three separate scenes. I wanted to connect them all so I could thread the positive, optimistic energy that moves through this small fishing community. This was done with two steadicam set ups, operated by John Piggott. One was following the children into the main dialogue and the other leading the children, and this was a tricky shot to pull off for numerous reasons, such as conveying to the local crowd — who aren’t professional supporting artists — that they had perform the same action over and over again. There were also some sound issues, so if you look very closely, you will see our Boom Op Mark Eldon walk through frame to get all the dialogue and be in position for the end section of the scene.

Death in Paradise: Beyond the Shining Sea — Part Two

I wanted to convey the remoteness of the location & stay connected to the emotion of the team’s arrival.
One of our drone team wasn’t able to attend on the day, so I stepped in and caught the drone. Had no monitor to see the image. #DeathInParadise #DirectorsCommentary 🎥🖤🎬 pic.twitter.com/OoEHeC1Qgh

I use drones quite a lot in my work, but have never been a big fan of just a basic areal shot. In this Death in Paradise scene, what I wanted to deliver was the remoteness of the location and connect it to the team’s energy as they arrive looking for an injured colleague. So, a drone catch would work perfectly for that.

One of the drone team wasn’t available to us on the day of the shoot, so after discussing with the pilot I planned to catch the drone myself. We did some practice runs first, before the unit came down. This was for me to get a feeling for catching the drone and work out when it was safe for me to move, once the blade had stopped. It took six or seven takes to get something I was totally happy with, as I was operating the drone without a monitor when it was in my hands. As a bonus, we didn’t have to spend any money on post-production stabilisation of the shot.

Holby City: In the Right Place

The mission for this @BBCHolbyCity scene was to push the tension, so the audience would go full #Gogglebox! It’s beautifully written and I had two AMAZING actors to work with, so kept it simple. I didn’t want to cut once the tension really got pushed #DirectorsCommentary 🎥🖤🎬 pic.twitter.com/7H2fk2V7ro

There was a clear and simple mission for this Holby City scene: get the audiences on the edge of their seats, shouting at the screen like they were on Gogglebox. It’s beautifully written, and I wanted every word to be heard and to resonate. I have a strong working relationship with David Ames and Marc Elliott, having shot big emotional scenes with them before, so there was a shorthand in conveying what I was pushing for. I kept my blocking and cutting to a minimum, allowing the performance and the subtle camera movement to amplify the tension. While prepping and filming this, I kept asking myself, what would Russell T Davies like? I’ve been reliably informed he did like it!

In S:3 of #Wolfblood, @shaundooley was playing master manipulator, Kincaid. For Shaun’s performance, I asked to have a wolf chess set made, so when his plans are falling into place, he’d move a piece off the board. In S:4, there’s a nod to his outcome. #DirectorsCommentary 🎥🖤🎬 pic.twitter.com/B73WZZygwD

I enjoy getting into the psychology of a character, especially when I get to introduce a new one. In this Wolfblood scene, Shaun Dooley was playing the apparently philanthropic Kincaid — but he was actually the master manipulator. While it wasn’t in the script, I asked for a wolf chess set to be made for him, to assist with the internal monologue. So, when he manipulates a character to unwittingly do his bidding, he’d move a piece on the board. In the following series (for which I was the lead director) I had the chess set brought back as a nod to Kincaid’s comeuppance.

"TV will never be a director's medium" - directors respond