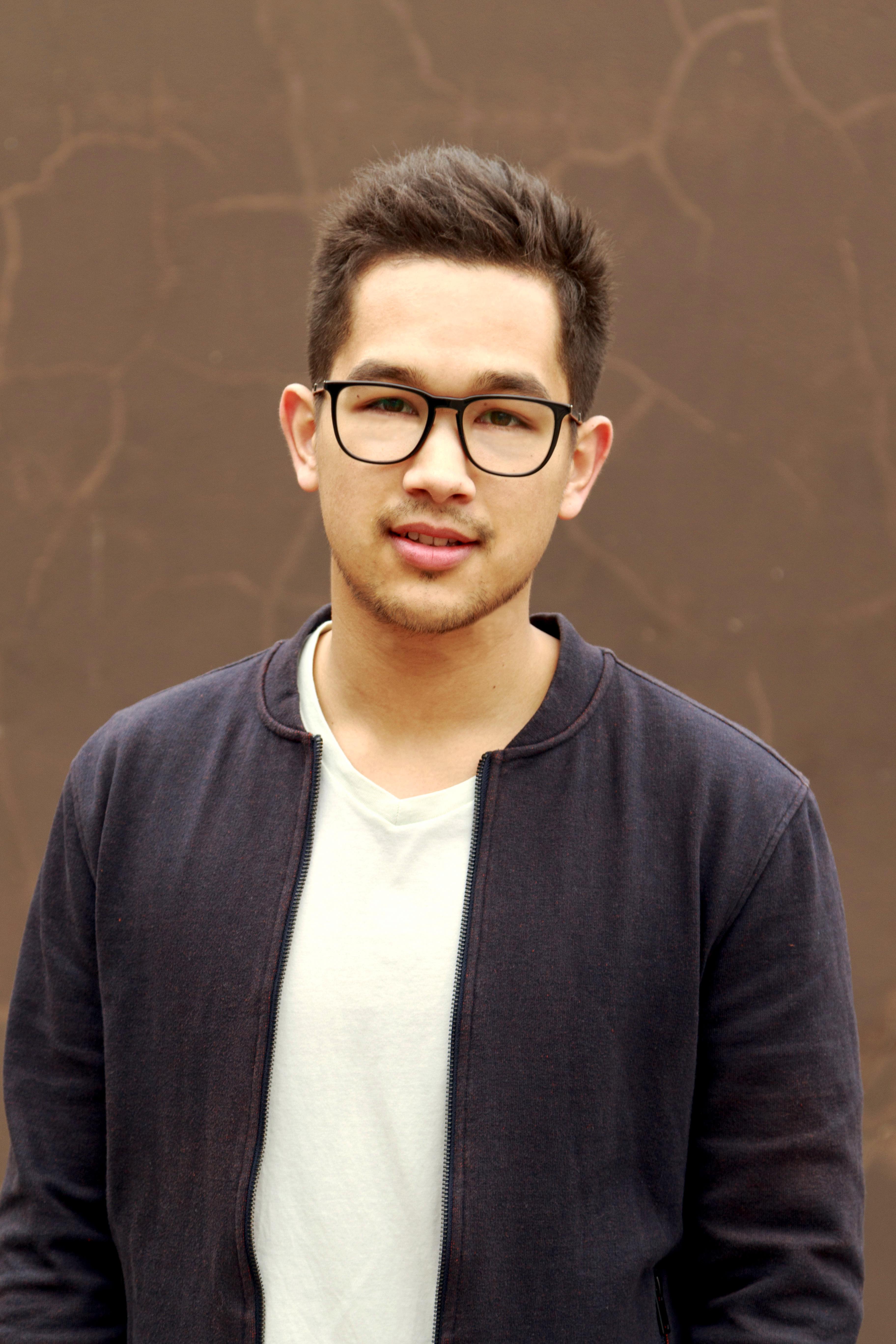 Directors UK member Chris Chung has recently completed work on a comedy pilot called Wok. Ahead of Wok’s VOD premiere and a special screening at Picturehouse Central, we asked Chris to tell us a little bit about the project.

Over the last two years my partner in crime Bruce Chong and I have been developing an independent pilot for a sitcom titled Wok.

Long story short: the opportunity to collaborate came shortly after the festival run of my Virgin Media Shorts 2013 finalist film Handuken, where myself and Bruce first met and worked together. Bruce approached me with a developing concept for the show, at that time under a different name and format yet with the same vivid and rich characters. The story culturally resonated with me and I jumped at the opportunity to bring it to life. We emptied whatever resources we had into the production, begged a bunch of my regular collaborators, and went all in. 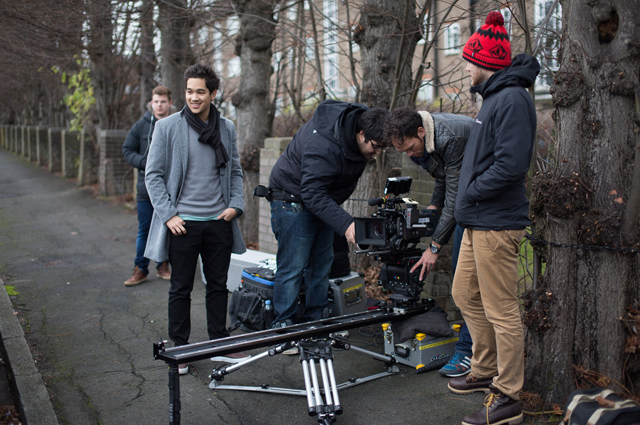 We shot the pilot on location in Bruce’s family takeaway. Having scouted locations for a few days I couldn’t think of a better home for our story to take place. Bruce’s family were very accommodating and always made sure none of the team went home hungry.

Shooting over six days was an interesting challenge as this was the first time I’d shot over so many consecutive days – I’m more accustomed to bagging a short or a piece of content over a day or two. But my previous experience helped me a great deal on this project, allowing me to make decisions about moving on or staying with a particular scene. I quickly understood that Wok would be more of a marathon than a race, and that I needed to have an overarching vision of how the scenes would link up in the final episode. 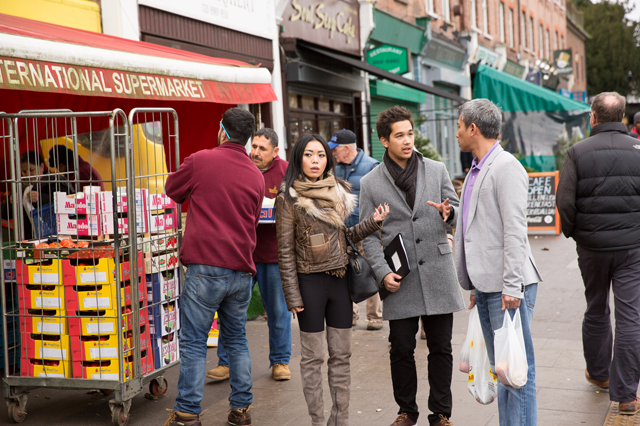 With the support of Pixipixel and Cinelease we were able to match the production equipment and quality of a televised drama (this was where I fell in love with the Arri Amira). My director of photography, Anthony Dias, and I spent a long time discussing our shot list beforehand so that we could shoot single camera and still work with the number of days we had. I tend to use shot lists over storyboards as we usually have very limited control over what else happens in the frame, from décor and props that often have to be shot around, to the odd immovable obstacle or two. I can’t thank the team enough for their dedication and drive to complete the project, especially given we were shooting so close to Christmas!

After a challenging six days we wrapped the shoot with 30 or so pages in the bag – only to find that the material we shot took up a mere 18 minutes of screen time! One thing I quickly learned during post with my editor Greg Hayes is just how different it is to cut a film and a TV show; with film you can work your pace and hold on a particular moment, but with our pilot we had to maintain a pace in order to keep the story progressively flowing. I guess now I know why I can chew through so many sitcom episodes in one sitting. 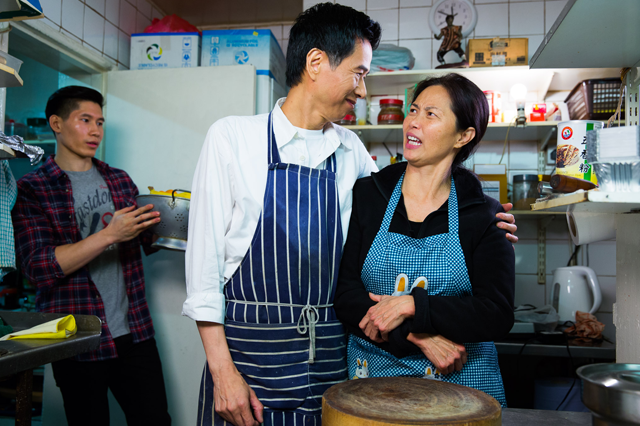 After a few more favours in the summer of 2015 we were able to shoot the rest of our pickups to finish the story.

When the trailer went online we received a great response from family and friends, as well as many more people we didn’t know. Comments came from all over the world, including the US, Australia, France and Asia. We were also featured in an article by the American Asian network YOMYOMF, founded by Fast & Furious director Justin Lin, who described the show as the “UK’s answer to Fresh Off The Boat”.

We plan on developing the project further for either VOD or TV. We’re still deciding which platform would best suit the style of the show. For now we’re launching the pilot on Vimeo On Demand from 1 June 2016, with a gala screening this Thursday (26 May) at the Picturehouse Central in hopes of finding further collaborators and support. 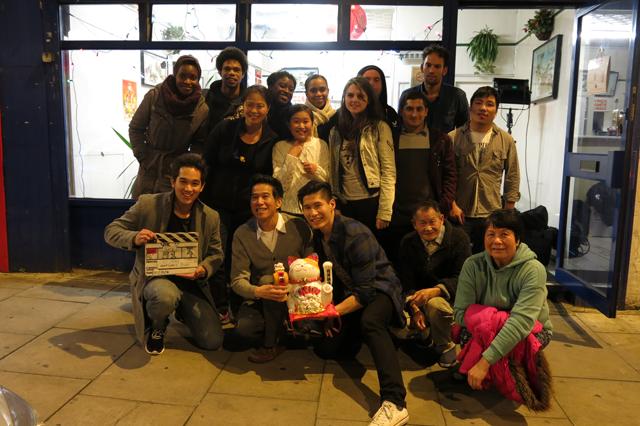 The shoot itself championed a diverse range of actors and talent behind the screen; this wasn’t something we actively pushed for, it just naturally happened. I am very fortunate that I have been able to meet and continue to work with so many dedicated and hardworking collaborators thus far. As an audience member I feel it is important for a project like this to exist here in the UK, and I believe we are long overdue a British East Asian show.

If you would like to attend the screening please reach out to me on [email protected] – we have a few seats left and I’d greatly appreciate the attendance of my fellow directors.

hris is a filmmaker working across film, tv and advertising.


Since reproducing his favourite action sequences with his mates in his parents back garden at the age of 14 it was always clear that Chris was going to be a filmmaker. Thankfully Chris has moved on from the back garden.


He has gone onto partake on various schemes with Creative England and Directors UK in developing his voice as a writer and director. Over the last eight years, Chris has built and led a strong collaborative team where their projects have have premiered at the BFI IMAX and garnered international awards.


Liking to keep on his toes, Chris works in advertising for agencies such as Grey, Saatchi & Saatchi and AMV BBDO where he creates content for the worlds largest brands.


Alongside his shorts and work in advertising, Chris currently has an action-comedy television show in development with Hartswood Films.

As children increasingly turn to online video and streaming services, what does this mean for directors?