Published on: 28 June 2016 in Career Development

Back in 2015, Directors UK, supported by Creative Skillset and BBC Drama, launched a training initiative for new TV directors. The scheme was developed by BBC Writersroom and represented an opportunity for early-career directors to gain practical experience working on continuing drama with the full support of a mentor and production team.

Writersroom caught up with Ruth Carney, one of the initiative’s first directors, to find out how it worked and what she learnt. Their interview has been reproduced below, with permission.

BBC Writersroom: Can you start by telling us a little bit about the scheme?

Ruth Carney: The aim of the scheme was to bring in a set of new directors to some core BBC shows. So, four directors were taken on Doctors, four on EastEnders, two on Holby [City] and two on Casualty. And for Doctors, certainly, it was a case of bringing in directors that hadn’t worked in television before. 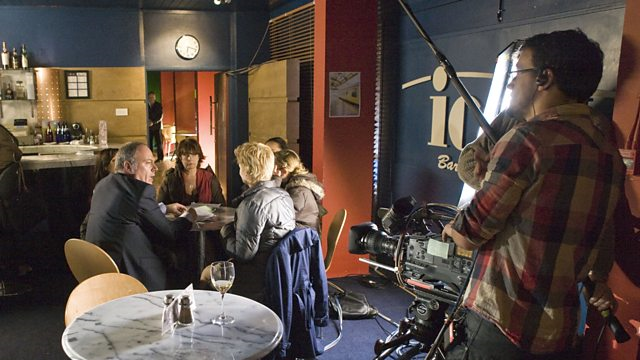 BBC WR: Was it your first telly work?

RC: Yes, it was my first time working in television. I shot one episode [of Doctors] – that was my first, and I was mentored through that. And now I’ve just finished shooting my first block of three episodes.

BBC WR: What did you learn from working on Doctors?

RC: I’ve learnt a huge amount because prior to this I’d only worked in theatre. I’ve not directed any short films or anything like that, so for me, I’ve learnt absolutely everything there is about directing a TV show and all the other roles, and all about the team, through this scheme. 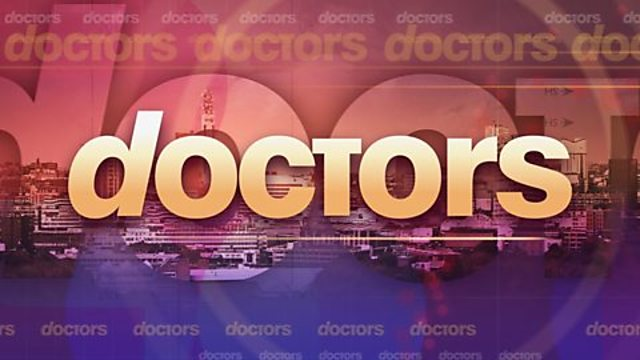 BBC WR: And specifically… What’s the golden rule that you’ve learnt that you can now pass on to rookie directors?

BBC WR: Were the Doctors team welcoming or were they like, ‘What the hell is going on?’

RC: I have to say - and I know people will say I’m just saying it - but they were so welcoming and I felt completely supported every step of the way. I had two fantastic DoPs with me, brilliant script supervisors, great 1st ADs and everybody in the office was brilliant. If I had any questions there was always someone willing to point me in the right direction and to guide me.

BBC WR: You’ve shadowed directors on Corrie and Hollyoaks… Now, having directed Doctors, can you tell us what’s different and unique about Doctors?

RC: Doctors has got its own unique feel. The thing that appealed to me about it was the guest storylines. Shows like EastEnders, Corrie and Emmerdale don’t have those at their heart but Doctors does. I think that’s exciting and it makes it very different to other shows. 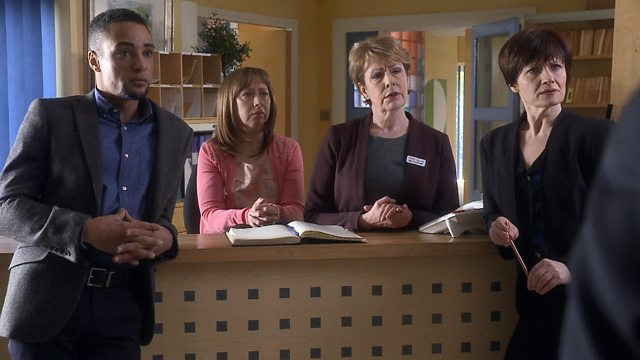 BBC WR: It seems that a theatre director and a television director are two very different jobs. Did you find that?

What’s so different, of course, is that it’s all being recorded. In theatre it’s immediate! It’s live! And theatre is a kind of 3D experience whereas television generally isn’t. Also cutting and editing and realising you can get around things you can’t get round in a theatre performance because it’s there in front of you.

BBC WR: What’s the best thing about your job? What keeps you going?

RC: The reason I do what I do is because I like telling stories. And I like working with actors. Those are my two main reasons.

BBC WR: And on the downside, what makes you angry about the industry?

RC: [Laughs] Where do I start?

BBC WR: Don’t worry! It’s just between you, me and the entire Writersroom audience… [and now Directors UK’s too!]

RC: Well, it is being addressed through the Directors UK report, but it’s the role and the place of women within this industry. It’s the same issue in theatre as it is in television and it does need to be seriously addressed. On top of that there’s the diversity issue which also needs to be addressed.

BBC WR: What would you like to do next?

RC: I would like to do gritty northern drama. Happy Valley is sensational, for example, so if Sally Wainwright is reading this… [laughs] To be honest, this is such a learning curve for me and everybody is helping me learn, so this is the right place for me at the moment.

A big thank you to BBC Writersroom for allowing us to cross-post this interview. Read what Writersroom’s Simon Nelson had to say about the scheme.