Published on: 22 February 2018 in Career Development

In 2017, directors Becky Wild and Nickie Lister formed a mentoring partnership as part of our Directors UK Inspire mentoring programme.

The programme, which runs year-round for Full and Associate members across all regions and nations of the UK, encourages directors across genres to support each other and advance their career opportunities. Becky Wild approached Coronation Street director Nickie Lister as part of her application for Directors UK Inspire, and successfully shadowed her on the set of Coronation Street for six weeks.

Find out how both directors got on below.

Over the last ten years, I have worked as a freelance producer/director, with the majority of my roles requiring me to be out on location. After the birth of my baby at the start of 2016, being away from home became something that I no longer wanted to do. In late 2017 I returned to work, but now working predominantly as an edit producer. I loved the creative aspect of this role and got to work with some very talented video editors, but I missed directing people, whether as contributors or presenters, and using this skill to tell a story. 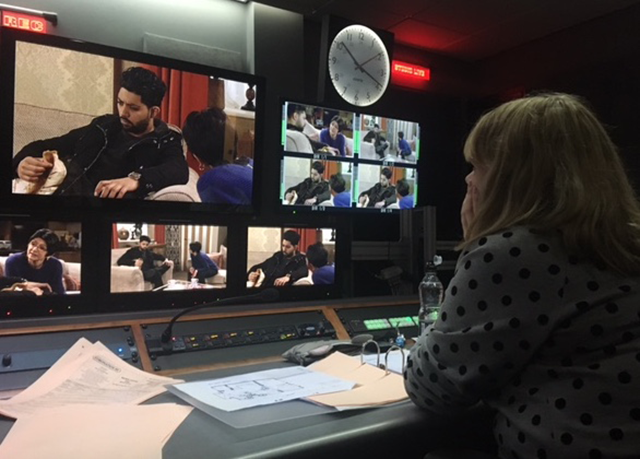 Becky in the edit suite.

When I saw that the Directors UK Inspire scheme was open for application, I thought it sounded very exciting. I asked Nickie Lister, a freelance drama director, to be my mentor. I’ve known Nickie for many years, working on many programmes with her in factual television. I caught up with her at a talk which had been put on by the Women in TV group about multi-camera directing. She told me how she really wanted to help train a new female director, and she agreed to be my mentor if my application was successful

I was thrilled to be accepted onto the Directors UK Inspire scheme. I remember the first conversation I had with Nickie, when she said I could shadow her on an upcoming block of Coronation Street over the following six weeks. It was an amazing offer; one that I could not turn down. I started on the 30th of October, with a meeting of the producers, production managers and script supervisors. I was immensely impressed by the talent of the team and their ability to understand such a vast array of characters and develop the storylines months in advance of their broadcast. Nickie explained to me that while the show needs to look great, the most important thing is to tell the story. Story is always key. 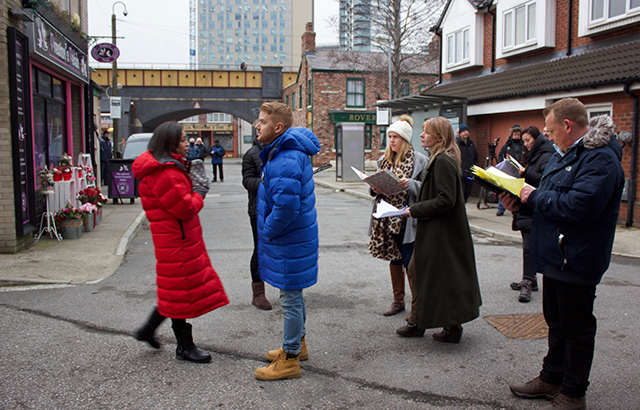 Nickie and Becky on the set of Coronation Street.

The next stage was scripting the cameras. Nickie gave me some scenes to do, and then we’d go through them step by step, trying to translate our ideas on to a plan of the set. It was a great lesson, and helped to show me when it’s best to go for the great looking, but time-consuming shots and when to keep it simple and stick to the schedule. Nickie took me onto the set, and we acted out the scenes according to my plans. This was when I could foresee any issues that might crop up, but also, I could really visualise what I wanted to achieve. It was a lot of fun.

The week before filming Nickie said she wanted me to concentrate on six scenes, with the chance to direct them. I’ll admit I felt more than a little nervous, but knowing that Nickie had faith in me, and was willing to let me direct scenes, gave me a massive confidence boost. This was such a wonderful opportunity. 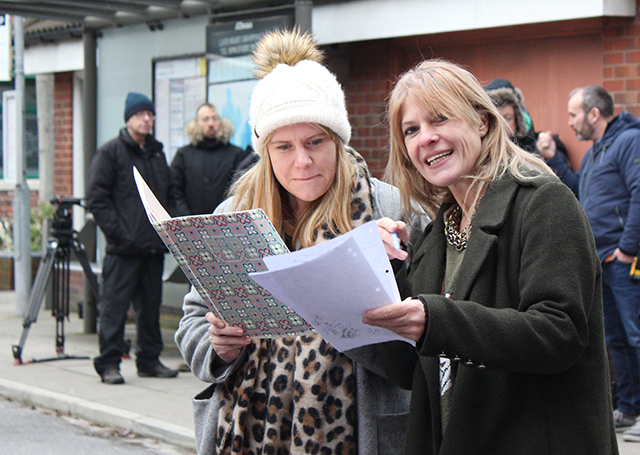 Directing the scenes was both terrifying and exhilarating. Nickie explained that everybody gets nervous, but I needed to remember that the whole team is there to support me. This was certainly true when it came to multi-camera directing. The script supervisor and vision mixers were amazing and really did hold my hand through the experience. The moment I announced the scenes were complete was a fantastic feeling. From that point on I can honestly say I got the drama directing bug and I did not want the experience to end.

Nickie not only taught me the technical skills to direct multi-camera drama, but also how important it is to have good relationships with the entire cast and crew.

Seeing my finished scenes within the completed episode was one of my proudest moments. I am so grateful to Directors UK and Coronation Street for the opportunity, and I am eternally grateful to Nickie for everything she taught me. The experience has given me a taste of what a career in drama directing entails - and the confidence to say it’s something I want to pursue. 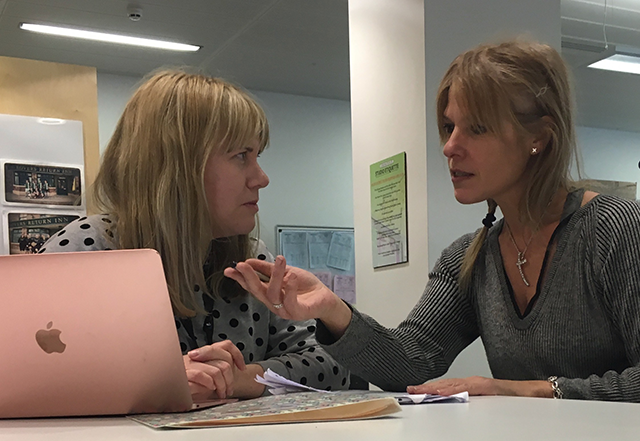 Although my own transition from directing single-camera for docs to multi-camera for drama was many years ago now, I still remember vividly the shock of how different the two disciplines are. It feels like a strange new world at first with a whole new set of skills to absorb and alien vocabulary to learn…and a big studio floor with a crew of 30 waiting to see if you’re going to cross the line! But you soon learn it’s a rather wonderful new world, if you’re made of the right stuff then the new skills are just about learning and practicing…and the crew of 30 have all got your back.

Many single-camera directors find the transition to multi-camera difficult but I can honestly say that even with a background in docs, Becky picked up the scripting process almost instantaneously. She also displayed a natural feel for the story – identifying the arc for each scene and picking up quite obscure beats and nuances within them, both for character story and comedy! After just a week shadowing in studio she directed her own story strand with a mixture of studio scenes and scenes on the lot with aplomb.

But equally as all the above, she developed a relaxed and respectful relationship with the family of crew on the block. And, I think, had fun! Which is it as it should be.

Find out more about Directors UK Inspire and how to apply. Our current deadline is Thursday 1 March.