Published on: 12 June 2019 in Career Development

As part of the programme, Claire directed second unit on the new ITV drama Wild Bill — starring Rob Lowe. Working alongside directors John Hardwick and Annie Griffin, Claire had access to all levels of production.

Read on to find out more about Claire’s experiences working with an amazing cast, shooting major stunts and exploring the distinctive Lincolnshire setting. 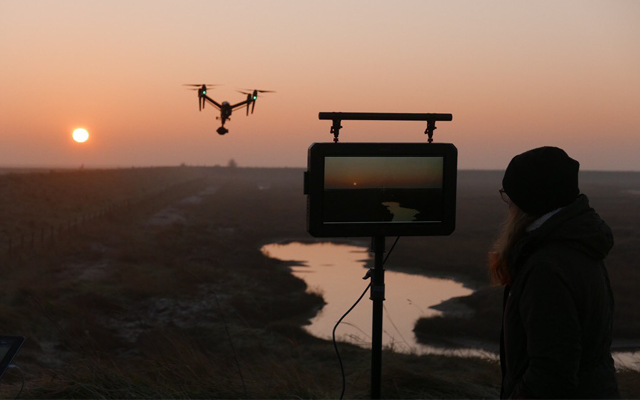 I had to hit the ground running. My schedule meant that when I joined the team, Wild Bill was already on shoot Day 2 of Block 2 with director John Hardwick, so my first day was on set. Pre-production shadowing came later when I worked with Block 3’s director Annie Griffin. By that point I had a really strong grasp of the show and so felt able to support Annie’s prep. I sat in on auditions with incredibly talented actors, watching how Annie worked in the auditions was fascinating. Giving clear notes, allowing actors to absorb and adjust. You could see Annie’s experience working with actors in theatre and comedy.

Meanwhile I had my own prep to do. Block 2 was coming to an end and my 2nd Unit list was ramping up. I was juggling all three blocks’ 2nd unit needs including car stunts and a week shoot up in Boston, Lincolnshire. When I wasn’t on main unit directing their 2nd Unit, I was able to prep scenes coming up. So pre-production was a juggle with production but a very fun one at that. I loved the challenge. My Exec Eleanor Moran was very supportive in aiding me to bounce between block 3 prep meetings and block 1 and2 production at my request so I could see the whole process unfold for different directors. 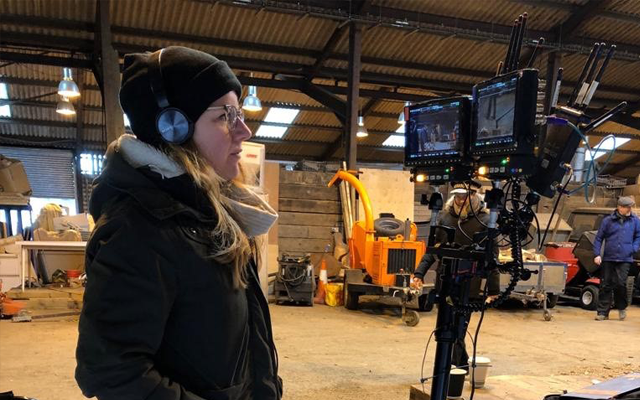 I arrived to meet John who was very busy yet incredibly generous with his time, introducing me to cast and crew, explaining his day ahead, letting me nosey in on his camera plans, ask questions about his prep. It was a location day in the police set so was nicely contained where I could observe various departments. Watching John work with the camera team especially was a privilege. Baz Irvine was the Block 2 DoP and Ben Chads was B camera operator, both who I was to work with on 2nd Unit at various points in the coming months. John, Baz and Ben had a strong collaborative, yet focussed, way of camera blocking. They bounced ideas off of each other, but made decisions quickly so the day raced through at a great pace. They knew what style they wanted and made bold choices. This clarity right from day one was really helpful for me as a 2nd Unit director because it meant when it came to directing my shots or scenes I already had a clear handle on the look and feel of Wild Bill. I could then predict what John, Annie or 1st block director Charles Martin may want from the shots or scenes I directed for them. 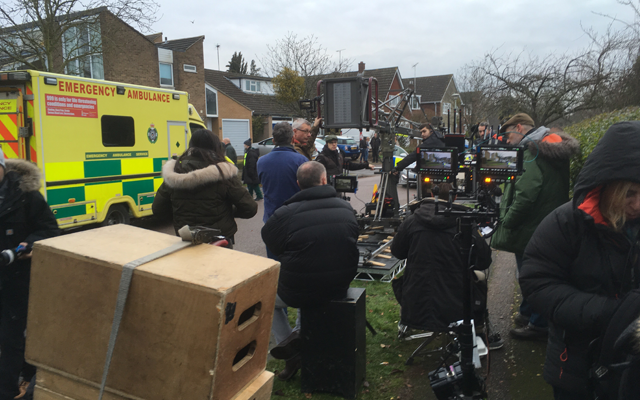 Wild Bill has a great ensemble cast, including Rachael Stirling, Tony Pitts, Angela Griffin and of course Rob Lowe. Did you feel you learned anything new about working with actors from the scheme?

Wild Bill has got an incredible cast across the board, from episodic players to main cast. Every actor is different and what one type of note may do for an actor, may not work for another. Actors at that level and experience are able to quickly understand the premise of a note and experiment. Having worked with fantastic actors throughout my career this wasn’t necessarily new but listening to the language John and Annie used was very useful. Direct, to the point. The discussions were also never clouded in a veil away from technical issues for camera. If blocking wasn’t working for camera or vice versa, the discussion was honest and direct which didn’t affect emotional performance.

I got to direct Rob Lowe, Anthony Flanagan, Bronwyn James, Divian Ladwa, Patrick Bergin, Lisa Palfrey and too many amazing others to list. Directing them was a joy because they brought ideas to the table, they knew their characters and what journey they wanted to create with their arc. It’s a unique position to be in, directing 2nd Unit. You have to balance your own tastes with pre-established choices the cast have worked through with main block directors. It meant that I experimented more with direction (if there was time!) - get a safe one and then push it on another take. Get a range of tone so that in the edit, the main director had options.

Wild Bill is notable for its distinctive Lincolnshire setting. What was it like filming in that location?

I had never been to Lincolnshire let alone Boston before. It was an eye opener. The place is so cinematic with flatlands stretching out as far as the eye can see. It reminded me a lot of shooting in the USA. Vast space that just plays beautifully on wide angle lenses. It’s a character in its own right in Wild Bill. Showrunners Dudi Appleton and Jim Keeble reflected the tone of the landscape in the scripts and in the plot so that when I went there, I felt like I knew it already. 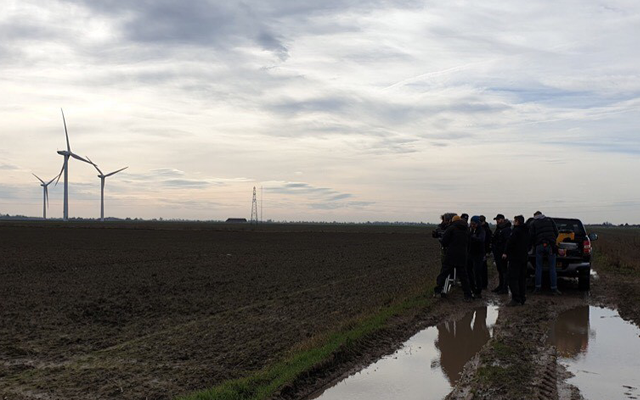 Going to Lincolnshire with fresh eyes was really useful too in terms of my camera plans. It meant that I could cherry pick locations to really create a tone for the show. After going up on location scouts in January, I then went up with my own crew for a week in February, shooting everything from establishers to drones to emergency vehicle up-and-pasts with DoP Baz Irvine. We wanted to create a symmetry, an eerie bleakness, a feeling that people go there to escape. When I was there on prep it was pounding with rain so I was prepared for the worst weather. But we lucked out. The sunrises and sunsets were magnificent. The fog cleared so we could capture the stretching landscape. It was a packed shoot week as I had to know all six scripts thoroughly. We’d have to jump from an establisher that was meant to cut to a pre-shot main unit scene in block one to a fast up-and-past for episode 6 whose main scene had not yet been shot. Communication with main block directors back in London was essential to make sure I was getting what they needed. We weren’t coming back. It was mad and fun and I had a blast with my 2nd unit crew.

My biggest challenge was to get in the heads of the main directors so that the scenes or shots I directed seamlessly fit into what they were creating. That was a unique experience for me as I’ve only ever worked as a main director before. As 2nd Unit you have to go with your gut instincts but also caveat that with a voice in your head asking “will that work for Charles/John/Annie?”. It’s a lot of pressure as the schedule is so tight. You only have one chance to pick up the scene for them and you’re racing against the clock. If you’re working with B camera rather than as a 2nd Unit it’s even more pressure because main unit will need B camera back asap for their scenes. You have to be very clear and concise in your direction, take only the essential time that you need and most of all prioritise. It was pressurised, but having directed documentaries where there is no second chance to get that real life ‘scene’, I loved it. 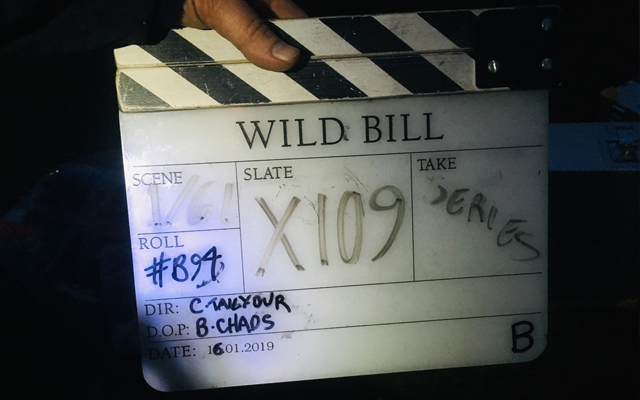 That’s a really tough question. There were a million moments that were incredibly satisfying. Directors, producers and cast giving praise about how much they loved the 2nd Unit scenes you’d directed was one. Directing scenes or shots on instinct that were then used in the final cuts was rewarding. I felt a buzz if I got something above and beyond that really uniquely enhanced episodes.

Most of all though, the opportunity to direct my first big stunts was the most satisfying I would say. I’ve directed stunts for Hollyoaks before but nothing on this scale. Being able to work with co-ordinators and drivers to safely achieve a stunt that looked incredibly dangerous was so satisfying. Then watching your stuff in the edit, when you know it’s safe but the staging and camera work defy belief in the edit, it’s an incredible feeling. Especially as a female director, where this is still an unconscious bias around hiring for stunt-heavy shows, it was refreshing to direct an action crew on this scale.

Next up I’m directing an episode of a Jimmy McGovern drama in July. I’m incredibly excited to work with the team on an ambitious show with a great cast. We’re still in prep so that’s about all I can reveal at the moment. After that wraps, I’ve written a script that will be my first feature to direct next year. It’s called Mpho and is a thriller about a pregnant South African Tswana woman on the run from a monster, set in the 1980s at the height of apartheid. Meanwhile we’ve submitted Belittled, a Directors UK and ARRI supported short that I wrote and directed, for festivals. It was an incredibly VFX-heavy passion project so we’ve only just finished the final cut a year later. To top that off, I’m expecting a much more human project to appear in September – a baby. I’m looking forward to juggling motherhood and directing in this ever-progressive industry. I’ve had incredible advice from directors with children who have made a success of both. Role models like them are incredibly important to have, which brings me back to this scheme — supportive programs like this High End Drama scheme are essential in giving a hand up that slippery ladder.

Wild Bill starts on ITV at 9pm on Wednesday 12 June.