Directors UK hosted a panel at the Cannes International Film Festival on Saturday 14 May. Directing the Future of Film saw a panel of industry representatives discuss our recent gender equality campaign and our recommendation that women should direct 50% of films backed by UK-based public funding bodies by 2020. 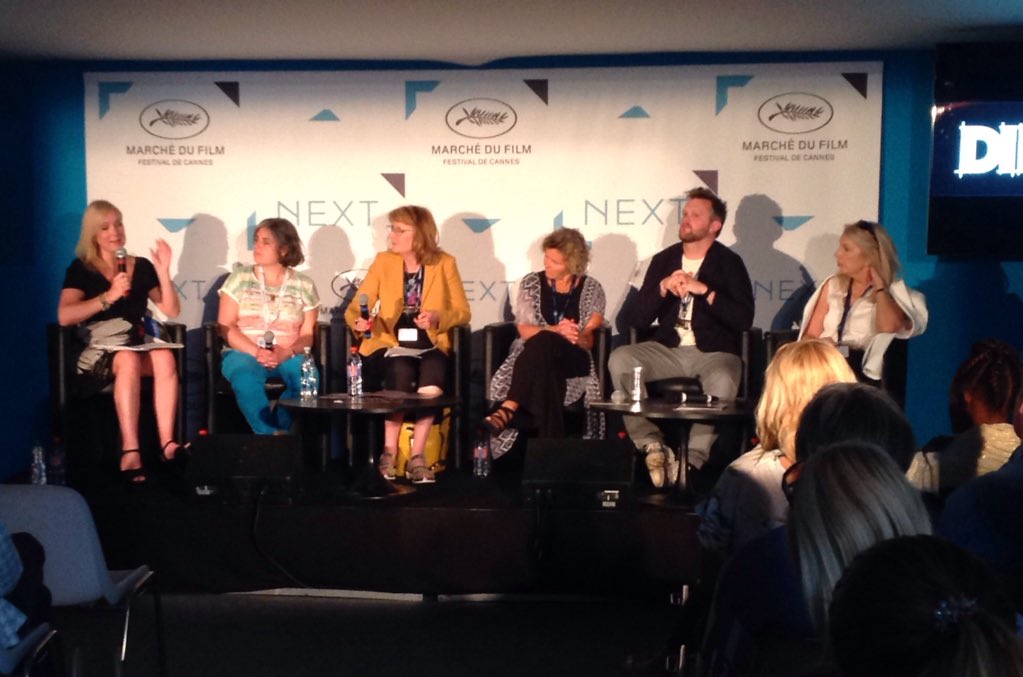 “You know when you have reached true equality when women are allowed to make bad films” Ben Roberts, BFI

Taking place at the NEXT pavilion, at the Marché de Film at Cannes, the panel included Francine Raveney, Head of PR at the European Women’s Audiovisual Network, Celine Haddad, Senior Film Executive, Talent Development at Creative England, Ben Roberts, Director of the BFI Film Fund, Amanda Nevill, CEO of the BFI, and Anna Serner, CEO of the Swedish Film Institute. Moderator and Directors UK Chair, Beryl Richards asked the panel what decisive action should be taken to create a film industry where gender does not determine success.

As part of the publication of our commissioned study, Cut Out of the Picture - a study of gender inequality among directors in the UK film industry, Directors UK is calling for 50% of publicly-funded films in the UK to be directed by women by 2020. Following the BFI’s announcement earlier in the week, alongside Creative England’s public support for 50:50 funding, the panel discussed the factors that have caused gender disparity and how unconscious bias has contributed to this. The discussion explored issues such as the importance of distinguishing between quotas and targets, focusing on the talent and quality in storytelling, the practical steps to be taken to improve equality and champion future women directors, and how to measure the success of these endeavours.

The BFI’s Ben Roberts acknowledged the role that publicly-funded films play in providing a safe environment in which to make films, and the industry’s need to recognise that women directors should be given the same opportunities and to be allowed to fail in the same way as their male counterparts, adding “you know when you have reached true equality when women are allowed to make bad films”. He also highlighted the impact festivals and awards, such as BAFTA, have in advancing gender equality in film and raising the profile of women directors. Celine Haddad from Creative England added that critics also have a role to play in reviewing more films directed by women.

Beryl Richards said of the discussion: “Bringing together the people who can make change happen and focusing on how we can deliver these targets is a positive step. It was inspiring to hear from Anna Serner about how the quality of films made by the Swedish Film Institute was only strengthened by looking at the applications from a different perspective and has resulted in many more festival awards after their women directors hit above 50% in Sweden. This is something that should also be achievable in the UK”.

For the full report and details of our recommendations on how to create an equal industry for all directors, visit our campaign page. Hard copies of our campaign brochure were also distributed to industry experts that attended this event.