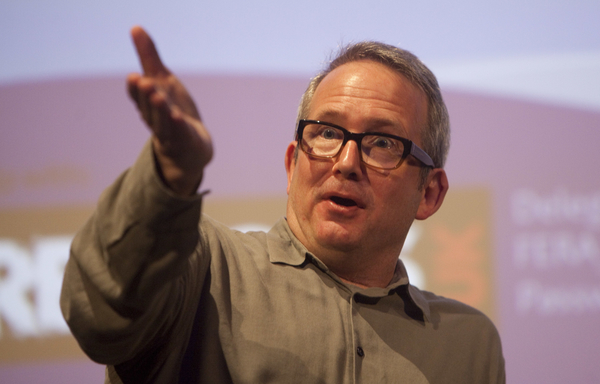 The 2013 FERA General Assembly (Federation for European Directors) kicked off at the BFI Southbank last Friday, the first time in its history the event has been held on British soil.

As is customary for the conference, the formal 'business' meetings that spanned the weekend was preceded by a number of stimulating sessions and discussions, beginning with the keynote address from influential US producer Ted Hope.

Entitled "Now we can return to the business of art!", Ted's forthright delivery was critical of the increasingly risk-averse Hollywood studio system, and its pre-occupation with tentpoles and brand. He also sounded a cautionary note to creatives continuing to operate in ignorance of the shifting industry landscape, imploring those present to take ownership of their content through the numerous new channels and technology now available to them.

Below is a 'Storified' version of Ted's speech composed of tweets sent by audience members as it happened. There are also handouts available to download which outline in greater detail Ted's opinions and proposals.