Directors UK member Zoe McCarthy previously wrote for us about the crowdfunding campaign for her short film, Sunset Rose. The campaign went on to successfully reach its funding goal and is now in post-production. So we caught up with Zoe to ask about her experiences shooting the film, working on 16mm for the first time, and the value of rehearsal time: 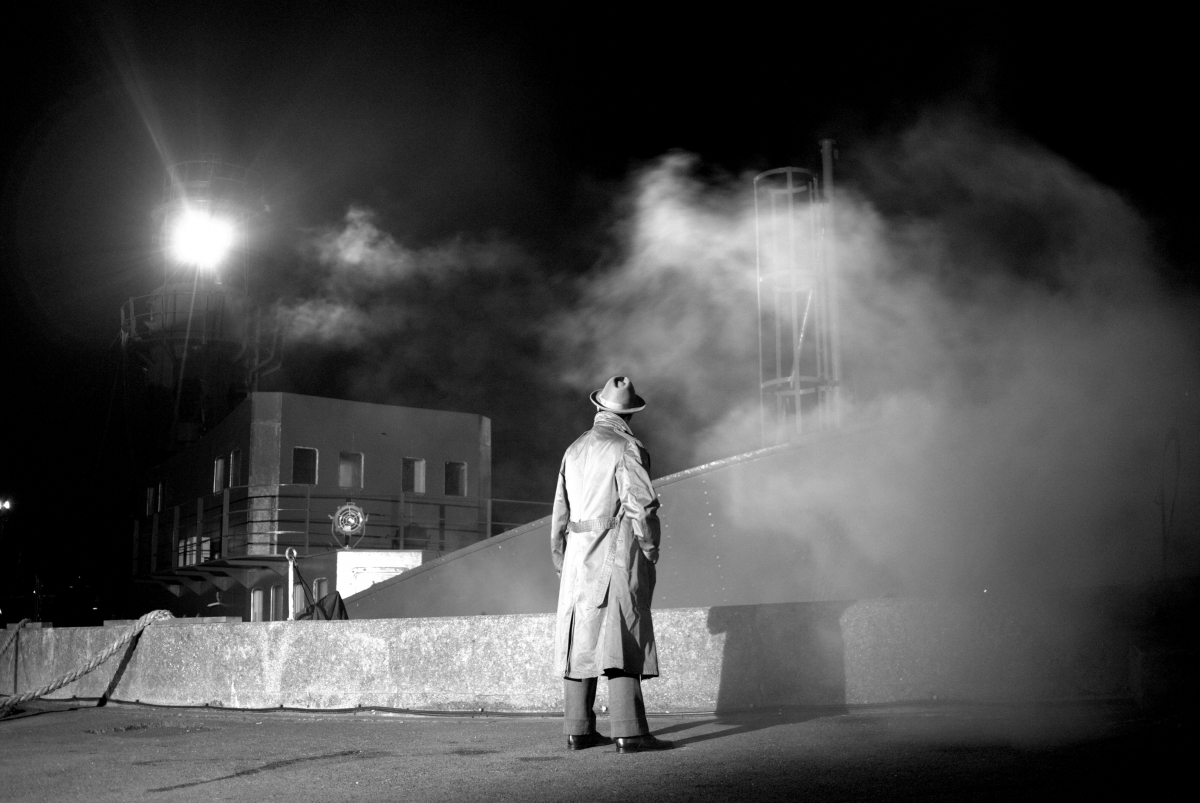 “As a director it made me realise that you can get what you need even with an extremely tight schedule; it’s all a matter of prioritising the story and what you need to tell it”

The crowdfunding campaign for Sunset Rose left an incredible high. Those who've ventured into Kickstarter or similar before will know all too well the sleepless nights of tweets, shortened links and updates, the plugging away and getting your film to as many people as possible. When it’s all over, then the real challenge begins: making the film!

However shortly after our Kickstarter campaign finished, we were dealt a major blow when a large backer dropped out. After searching for additional funding we realised that we could either wait 6 months or more (but still potentially get nothing), or we could go ahead and make the film now with a lot less than we originally intended. With the added pressure of delivering to Kickstarter backers – who after all had supported us and brought the film to life – we stuck to our budget filmmaking roots and decided to go ahead.

First things first: a two night shoot became a one night shoot, and 10 rolls of film became 7. With the support of 1st AD Dominic Ellis and DOP Suzanne Smith, we worked through our initial schedule and shot list; reassessing what we absolutely needed to tell this story, the time we allowed for lighting and how we could minimise our set ups. Everything was planned down to the precise minute, with a little bit of contingency in place of course. It also meant reducing our budget for all departments – fortunately all of our HODs had their roots in short filmmaking and were incredibly resourceful and adaptable to the changes. As a director it made me realise that you can get what you need even with an extremely tight schedule; it’s all a matter of prioritising the story and what you need to tell it. 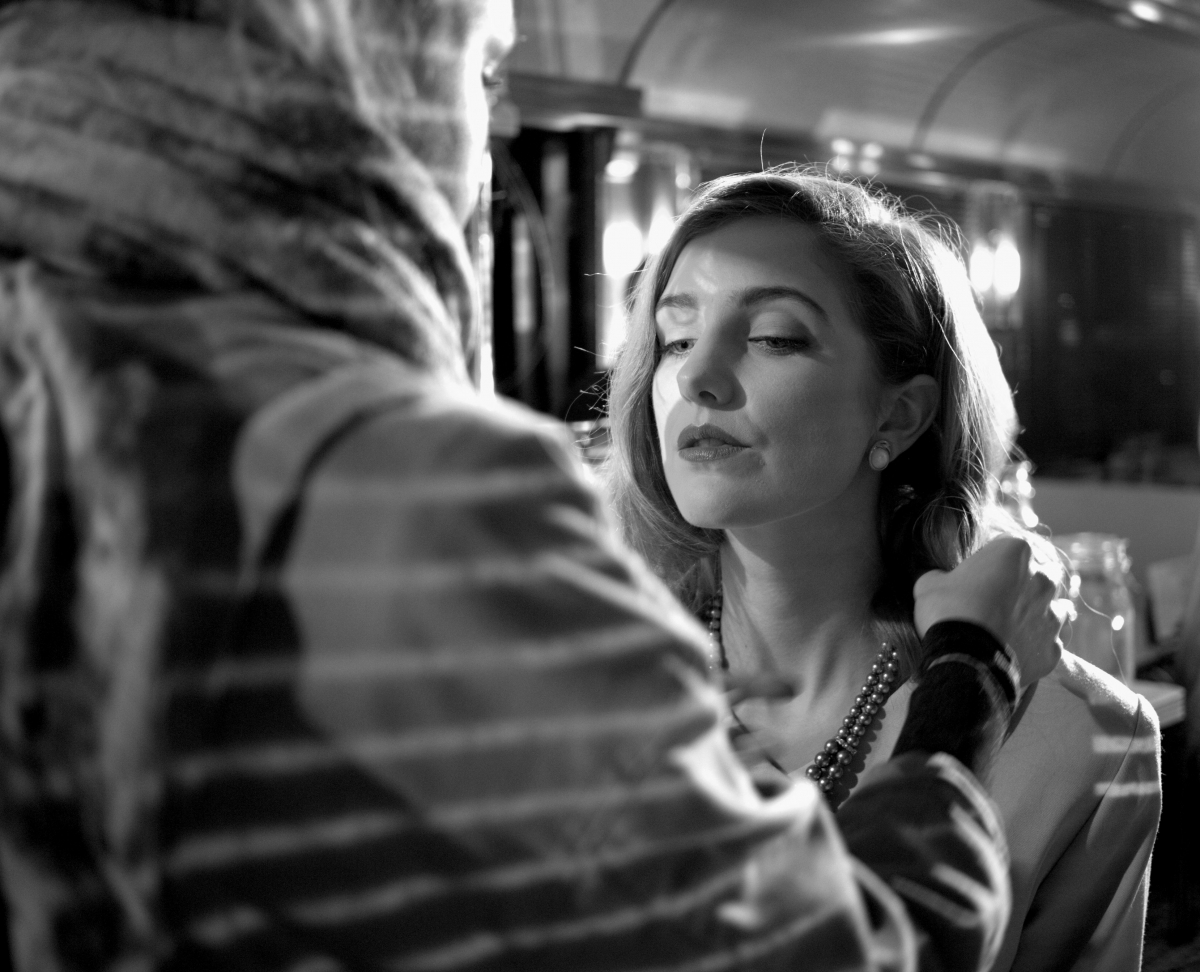 Working on 16mm was a new experience for myself and DOP Suz Smith, but it was something we believed was essential to the process of shooting a period noir. We were thankful for the time we had in pre-production; where long discussions were had over lighting and blocking in noirs, how power struggles had been shown previously, and exploring references, from paintings to films to music. Establishing that trust and understanding with Suz early on made for a smooth-running shoot, particularly as we hadn't worked together before. Regardless of the medium I think these discussions are always important when making a film, but with such limited flexibility here – with time, money and stock – it was essential that everyone was on the same wavelength.

The same level of preparation applied when it came to working with our cast. The rewards of doing rehearsals - something I haven't implemented much on previous films - was clear throughout the whole process of making Sunset Rose. We used the Directors UK members’ spaces on Dryden St for our rehearsals – a calm little oasis in Covent Garden! These rehearsals often took the form of discussions between myself, Carsten Hayes, Grace Calder and Margot Richardson; working through the script and testing different lines, picking up on anything that jarred, and developing the different levels and backstories of the relationships, often referring to my early discussions with Jack Westerman (writer). In Sunset Rose, a lot of what happens is beneath the surface: there's deception, false personas, bluffing; so it was helpful to clarify who knew what at what stage, and ask when does this happen and when does the audience realise? Once we were on set we could then quickly reference what we'd already established in rehearsals, whereas it would have been impossible to start having those conversations in the midst of shooting.

The whole process of shooting on film felt very freeing. It may have been the level of preparation we'd put in during pre-production, or the lack of a video village (the closest I got to a monitor was checking the frame before each shot) and being able to focus more on performances as they were happening. Ultimately I think it was a combination of all of these things, but communication and trust above all between myself, the HODs and the artists contributed to a very calm atmosphere on set, despite the usual pressures of filmmaking! 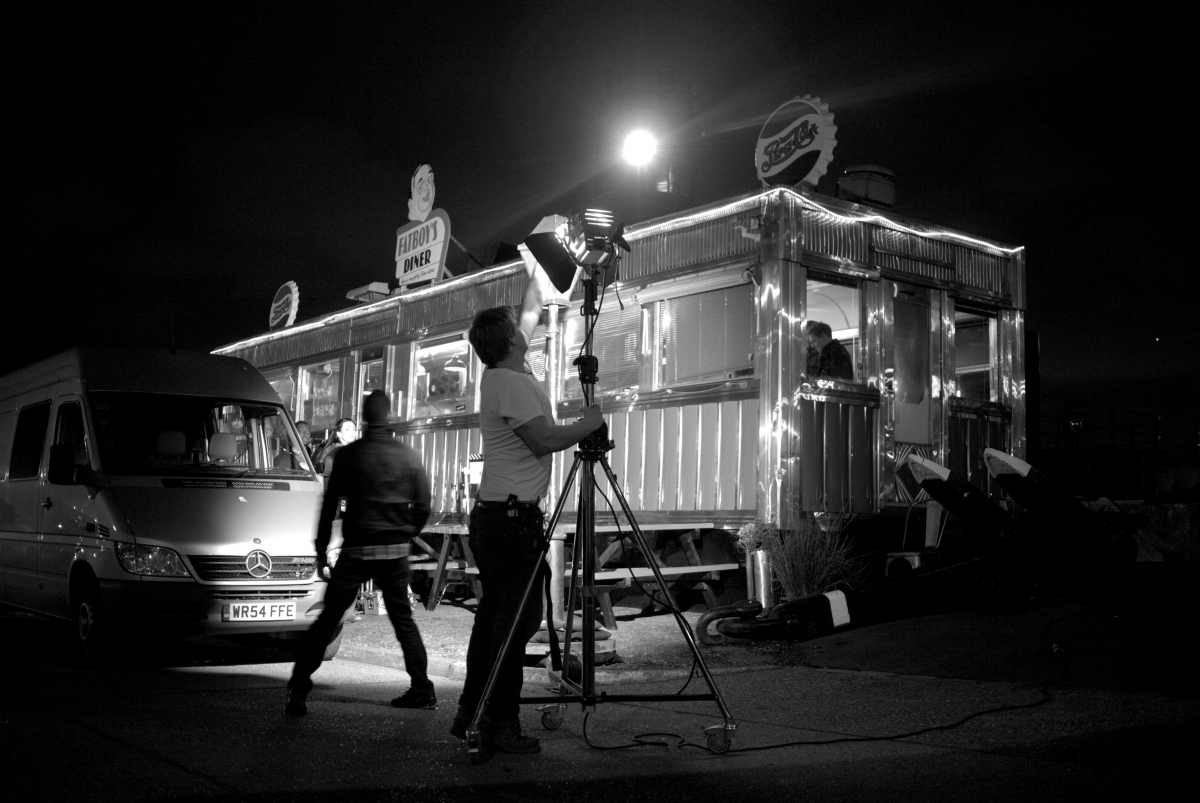 Creating 1940s San Francisco in East London was another challenge for the production. Despite our tight budget, creating the world of our film was something we strived to do accurately. This involved several trips around town by our production designer Charis Platford, who managed to land real 1940s outfits for our two leads, Grace and Carsten, from Blackout II, as well as designing the outfit for Patty, played by Margot Richardson. Seeing our cast dressed and made up as their characters for the first time was when it really sunk in for me – after months of preparation it all suddenly became real!

Scenery Salvage, a fantastic warehouse of recycled props and dressing based in Beaconsfield, was a treasure trove where we found a lot of the diner dressing and our traditional lamppost. Searching through the never-ending shelves for period-appropriate glasses, utensils, mops... Charis and Raquel Meijas (costume and props assistant) set to work early on getting the finer details right. 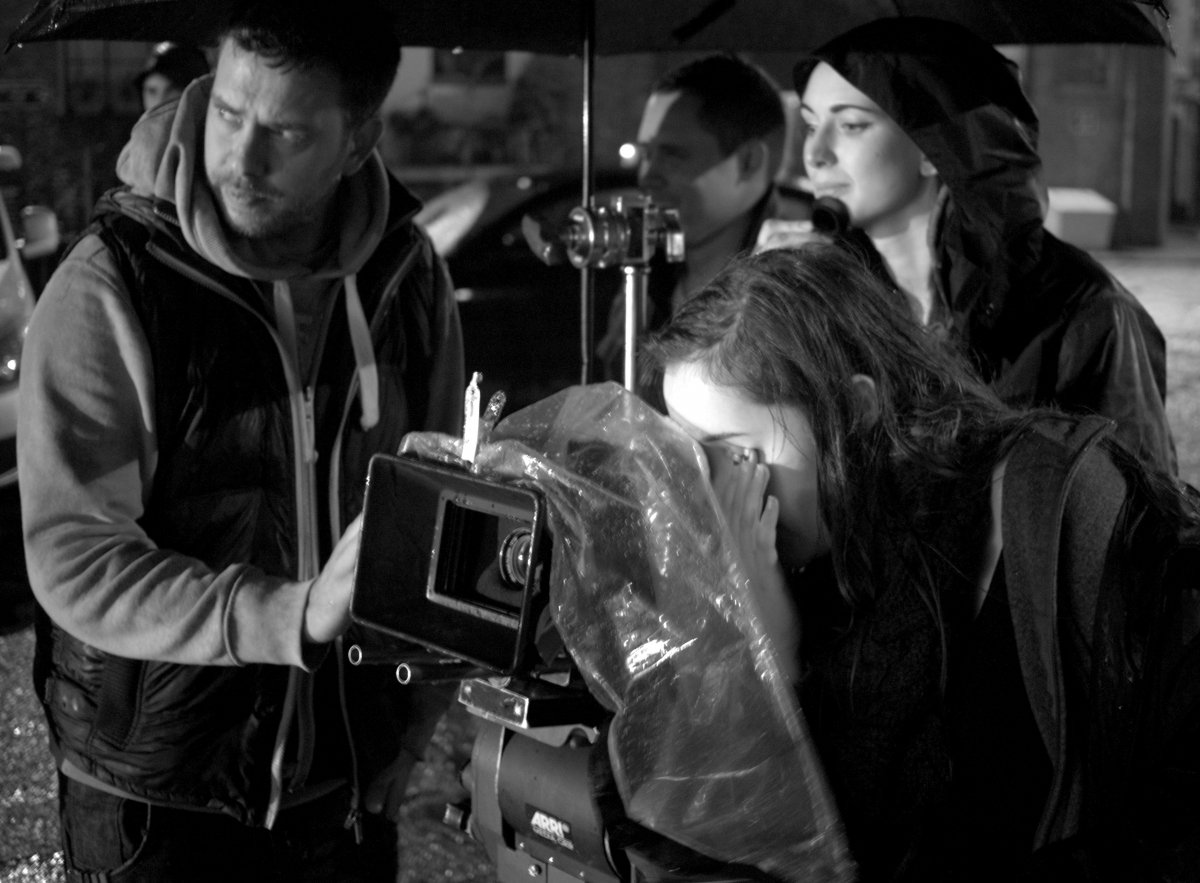 Challenges during the shoot

Whilst things went smoothly for the most part during the shoot itself, there were some unwelcome surprises. Dock work, whilst appropriate in some respects for our dockside setting, held up our shoot whilst we waited for the incessant beeping from across the river to stop. We also didn't appreciate quite how small our location would be with a full crew and cast inside, which meant a lot of ducking and diving to keep shadows out of shot. Suz had reduced the lighting set up inside the location and mostly lit through the windows, which not only looked amazing but thankfully stopped us all overheating! Not to mention the overwhelming smell of eggs coming from Detective Bailey's plate, which poor Carsten had to tuck into for each take! 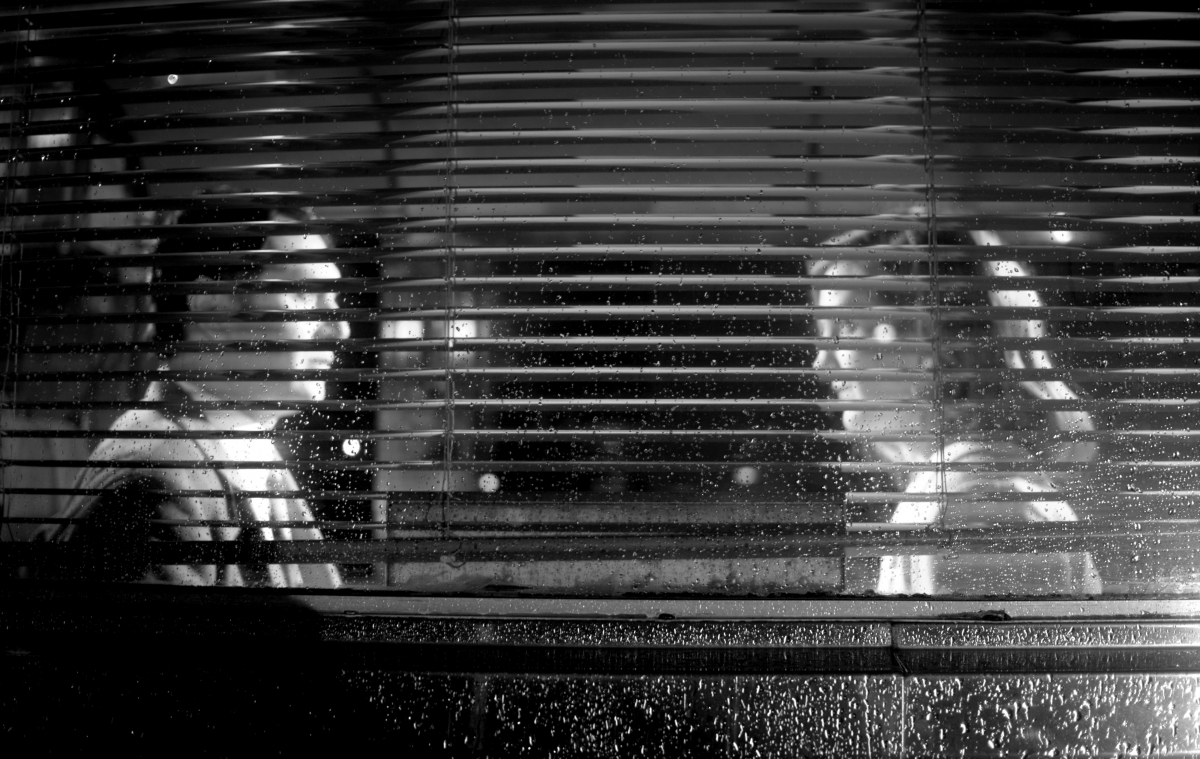 Waiting for the lab results was tense for all concerned. After all the work that's gone into it you can't help having nightmares that it’s exposed or the camera packed in half way through. However, Suz and I were soon thrilled to receive the following lab results from Cinelab: 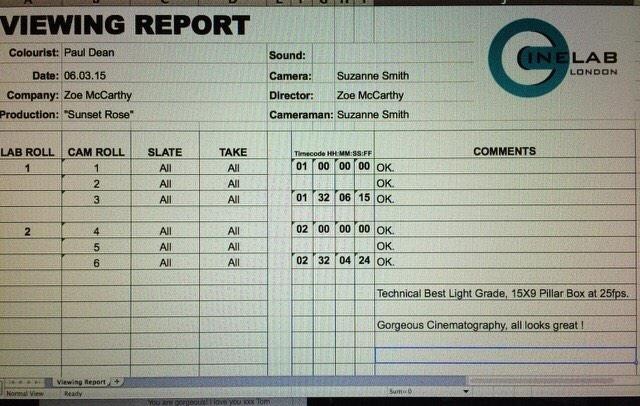 Editor Charlie Webb quickly set to work on the assembly. The film has a simple set up – one location, two main characters and a conversation – but it also has distinctive beats. Our main challenge throughout the edit was getting our pacing just right for the beats we needed to hit at certain points in the film. There's a power struggle between our two leads so we had to think carefully about how we depict this shift back and forth, with it being less apparent through their exchange. Being so dialogue-heavy, the power of silence was also key and we took advantage of this to let a lot of the tension and suspicion hang in the air. Half a second here and there made all the difference to the way the conversation played out.

Now we've locked the offline, we're getting ready for the grade and dub in the coming fortnight, whilst also starting to submit the film to festivals. We're targeting some film-focused festivals as well as major shorts festivals in the UK and across the world. I'd like to thank Directors UK and everyone who was involved in supporting our campaign – you made this film happen! 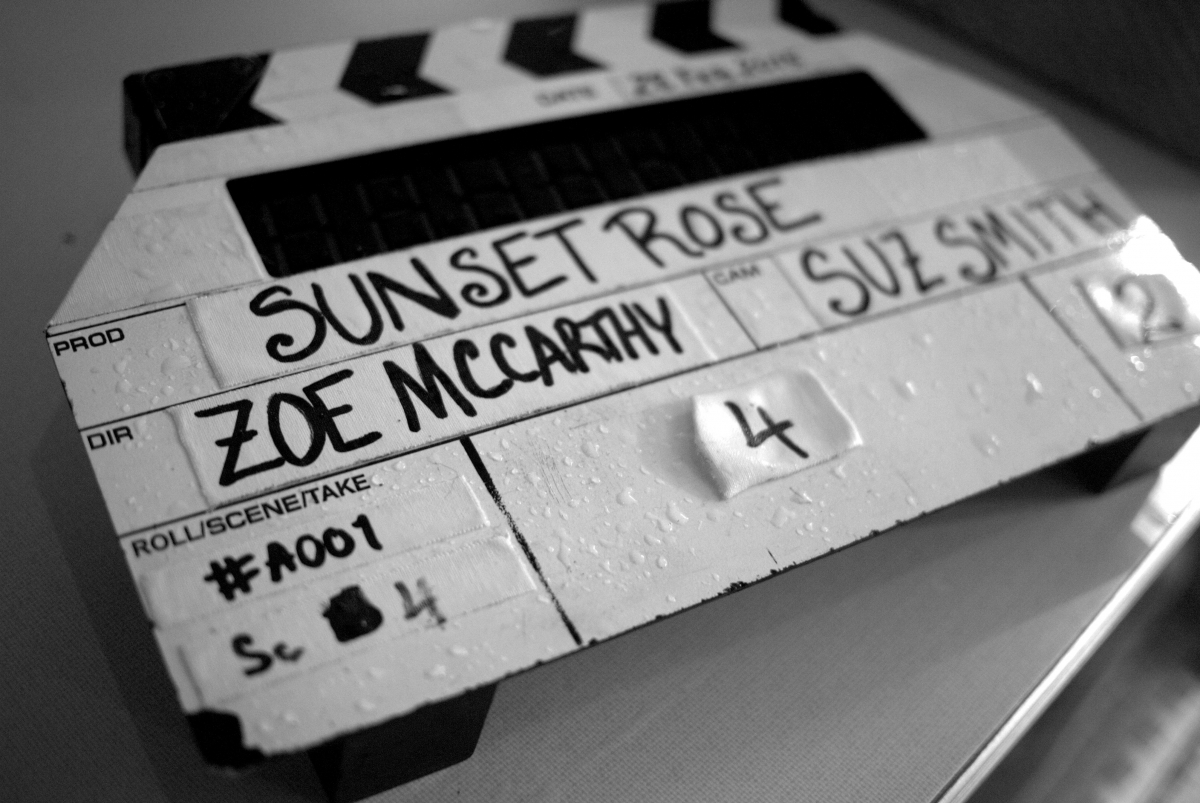 You can keep up to date with the progress of Sunset Rose via the project's Facebook and Twitter pages.