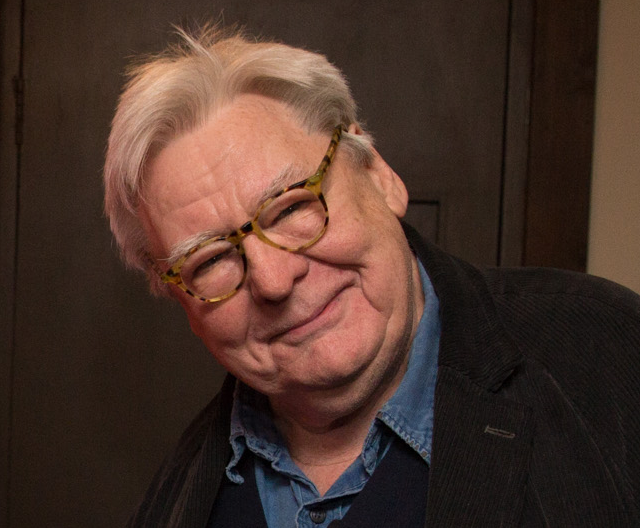 We were deeply saddened to hear of the passing of Sir Alan Parker, a masterful filmmaker and champion of directing, at the age of 76.

Below, we take a moment to look back at a remarkable career spent fighting for the cause of film, and creating a wonderful body of work.

Sir Alan Parker was born on February 14th 1944. He grew up on a on a council estate in Islington, and left education at 18 to move into advertising. His spell in advertising not only helped him explore his writing talent, but it was here he met his lifelong friend, the producer David Puttnam. By the late 1960s, Parker had move on from writing to directing TV advertisements.

In the 1970s Parker made his move into directing drama, starting with the BBC Play For Today The Evacuees (1975) and his self-financed Second World War feature No Hard Feelings (1976). In the same year, Parker would have his first major commercial and critical success. Bugsy Malone (1976), which he both wrote and directed, was nominated for eight BAFTAs including best direction.

Bugsy Malone proved to be a breakthrough moment, kicking off a string of critical and commercial successes as the 1980s came about. Midnight Express (1978) saw him nominated for his first Oscar for best director, and demonstrated what would become a persistent ambition to never make the same film twice. Fame (1980), a huge commercial success, was followed by Shoot the Moon (1982) starring Albert Finney and Diane Keaton. Having already demonstrated an affinity with music and setting it to screen, Parker directed Pink Floyd: The Wall (1982), before returning again to drama with Birdy (1984). Around this time, Parker also threw himself into championing the rights of directors. Not content with his own successes, he also sought to uplift other filmmakers, and became a founding member of the Directors Guild of Great Britain in 1983.

In the second part of the 80s, Parker directed the star-studded Angel Heart (1987) and received his second Oscar nomination for Best Director with Mississippi Burning (1988), one of five categories the film was nominated in that year. Always versatile, his latter films were a compelling mixture of music — including The Commitments (1991) and Evita (1996), one of several collaborations between Parker and Madonna — and drama. Come See the Paradise (1990) and The Road to Wellville (1994) preceded the BAFTA-nominated Angela’s Ashes (1999), winner of Best Picture at the Irish Film and Television Awards.

Towards the end of the 1990s Parker’s focus moved from his own directing towards advocating for the UK film industry and directors’ rights. In 1998 he became Chairman of the Board at the BFI, and became Chair of the newly established UK Film Council in 1999, when he was also presented with a Lifetime Achievement Award by the DGGB. In 2002, Sir Alan Parker was awarded a knighthood for his services to the film industry, which he continued to pursue as President of the European Federation of Film Directors (FERA).

Sir Alan Parker passed away on Friday 31st July 2020. He is survived by his wife Lisa Moran-Parker, his children Lucy, Alexander, Jake, Nathan and Henry, and his seven grandchildren. Our thoughts go out to his friends and family at this time.

You can read a personal reflection on Sir Alan Parker by Piers Haggard on our website.

Do you have any memories of Sir Alan Parker or his work? Let us know by emailing us at communications@directors.uk.com.