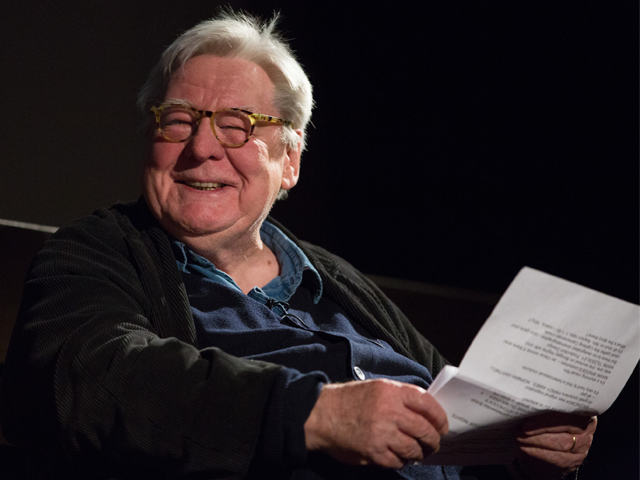 Directors UK are deeply saddened to hear of the passing of Sir Alan Parker, director of many classic films including Bugsy Malone, Fame, Angel Heart and Midnight Express, and a key champion of the craft of directing. Below, Piers Haggard shares his personal memories of a most remarkable filmmaker.

The death of Alan Parker this week takes from us one of the most successful British movie directors of the last 50 years: emotionally truthful and viscerally powerful, Alan was invariably eloquent for the underdog. He was also a master of the musical in both British and Hollywood styles. Each Alan Parker film is quite different from the others: they all pack a punch – and virtually all of them made money because audiences loved them.

Alan was also the only top British movie director of his era who was prepared to give up time to campaign for directors’ issues, first as founding Vice Chair of The Directors Guild in the 1980’s, when we became friends, then from 2013 as President of FERA, the European directors’ organisation. Few directors at Alan’s level put themselves out for their colleagues the way he did.

Alan was also a bruiser. Snobbery, elitism or pretentiousness immediately aroused his fury, in life as in his films. His documentary A Turnip Head’s Guide to British Cinema took a wild swipe at the cinema establishment of the mid 1980s, offending a few (mostly top) people and delighting many others. But he had a serious purpose.

Despite 80’s successes like Chariots of Fire and The Mission, the UK film business had always been a very stop-start affair, and Alan, who had recently made Midnight Express, Bugsy Malone, Fame and Shoot The Moon for Hollywood, was impatient for a creative UK film industry in which high quality projects would get government support. He was very committed to this, I didn’t realise how committed till one day I took him to help me bend the ear of a new Tory Film minister, Kenneth Baker, in favour of some director friendly policies.

To my surprise Alan decided in Victoria St, right outside the Ministry, that the young cinephile I had brought along for statistical backup was a traitor, possibly from the producers’ camp! Alan had him pinned up against a lamppost and was threatening to throttle him. Disaster loomed for our mission. I managed to calm Alan, establish the young man’s loyalty and we recovered our cool in time to present our case.

None of our ideas were adopted of course: back then only producers got a hearing!

Eventually in 1999 the Labour Government appointed Alan as Chairman of the new UK FiIm Council, which at last allowed him to roll up his sleeves and start building a sustainable British film industry. He was given a Knighthood in 2002 and oversaw the Film Council with energy and vision for five years. When the next Conservative Government took power in 2010 and immediately scrapped the Film Council, Alan’s comments were unprintable!

His last ten years were taken up with enjoying his family and friends, painting and print making in Chelsea, which he did with typical artistry and commitment. He had been drawing brilliant cartoons all his life, mocking movie figures of London and Hollywood in lugubrious line drawings with sharp subtitles: cynical usherettes, coke sniffing execs, the BFI, Miramax, Pinewood sparks, cigar chomping agents, anguished auteurs, and even David Puttnam, his best friend, who I think copped it regularly for the sins of producers!

I was particularly touched when, lying ill in intensive care in 2006, I received a get-well card from Alan with a cartoon of a wild eyed fanatic (me) sitting up in a hospital bed spouting deliriously to puzzled medical staff about ‘droit d’auteur’ and ‘the inalienable moral rights of the director’! The label ‘un film de.. ’ was much mocked by Alan when he was young for what he saw as its Continental pretentiousness, but he appreciated it a lot more as he grew older for the authorship and directorial control it implied. His involvement with Continental film and film directors through FERA over the last few years has been completely genuine.

Along with his combative streak he was the most deeply loyal person I have ever known, and also (he was born on St Valentine’s Day, after all) capable of great gruff sweetness - not that I would ever have dared tell him so! He was quite old fashioned that way.

One of the entities Alan was loyal to all his life was Arsenal Football Club, dating from when he was a kid in Islington. While I have been writing this, Arsenal have been playing Chelsea in the 2020 FA Cup. It’s a shame Alan wasn’t here to see them win.

(With love to Lisa, Henry, Lucy, Alexander, Jake and Nathan)