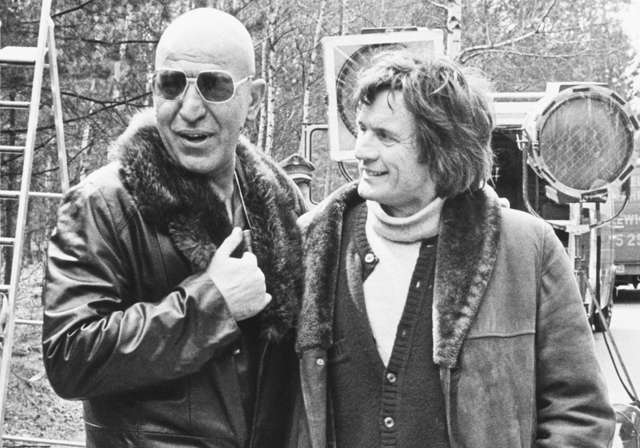 We were saddened to hear of the passing in late 2017 of Peter Duffell, who was once described by Christopher Lee as Britain’s most “under-rated director”. A member of Directors UK, his work encompassed both film and television. Here we take a moment to appreciate his work.

Peter Duffell was born in 1922 in Canterbury, Kent, and went on to study at the University of London and Oxford. He began his career directing Pearl & Dean film commercials before the 1960s heralded a move into television, where he directed episodes of Scotland Yard and The Edgar Wallace Mysteries (both 1961).

In 1967 he became known for directing an episode of The Avengers - “The Winged Avenger” - and he subsequently directed six episodes of Man in a Suitcase (1967) starring Richard Bradford. This period was swiftly followed by his first feature film, The House That Dripped Blood (1971), a horror anthology starring Peter Cushing, Christopher Lee and Jon Pertwee.

Duffell continued to make films throughout the seventies, including England Made Me (1973), which starred Michael York and Peter Finch, and Inside Out (1975), starring James Mason and Telly Savalas (pictured with Duffell above). But he never departed TV completely, directing six episodes of The Famous Five (1978) and two of Flambards (1979).

The 1980s saw Duffell working primarily in television, as he worked on the series The Waterfall (1980) The Far Pavilions (1984) and Tales of the Unexpected (1983), as well as the TV movies Letters to an Unknown Lover (1986) and Hand in Glove (1987). Duffel’s output even extended into the 1990s, where he directed his feature film King of the Wind (1990) which starred Richard Harris and Glenda Jackson – and the TV movie Some Other Spring (1991). He even turned his experienced hand to The Bill, directing two episodes in 1996.

In 2011, Duffell released his autobiography Playing Piano in a Brothel: Memoirs of a Film Director. Christopher Lee provided the foreword to the book, and used it to describe Duffell as “the most underrated director we have had in Britain for a very long time”.

Peter Duffell passed away on December 12 2017, at the age of 95. He is survived by his wife Ros and son Christopher.

A successful night for members at the 2020 Grierson Awards