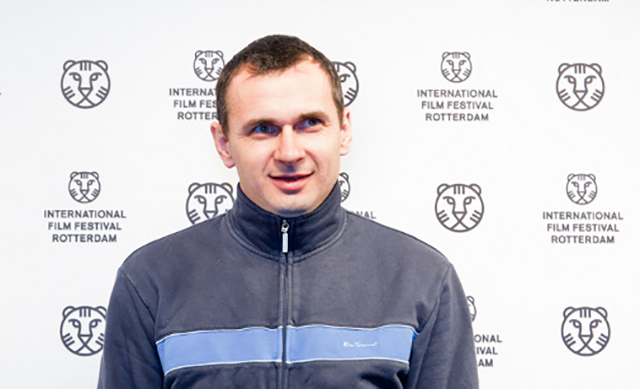 The Ukrainian filmmaker Oleg Sentsov, who was involved in supporting the Euro Maidan protests in Kiev and who has opposed the annexation of Crimea by Russia, was arrested by Russian Security Services in May 2014.

Following a trial described by Amnesty International as “an unfair trial in a military court”, Sentsov was sentenced to 20 years in prison for “crimes of a terrorist nature”. Wim Wenders, president of the European Film Academy (EFA), stated in response:

“It is a very sad day but we must continue to protest and to make sure that Oleg Sentsov will not disappear in a prison somewhere...we will do our best to keep his voice in public awareness, and we are confident that this great international coalition of institutions and individuals will continue co-operating for the cause of liberating Oleg Sentsov.”

Now, ahead of this year’s World Cup in Russia, a global campaign is being organised to demand Sentsov’s release. In addition to this, Sentsov himself has taken drastic action and been on a hunger strike since 14 May.

In response to these developments, Directors UK (and several Directors UK members individually) have signed a letter put together by the EFA calling for Senstov to be released and his safety assured. You can read the full text of the letter here, and find out how you can help.