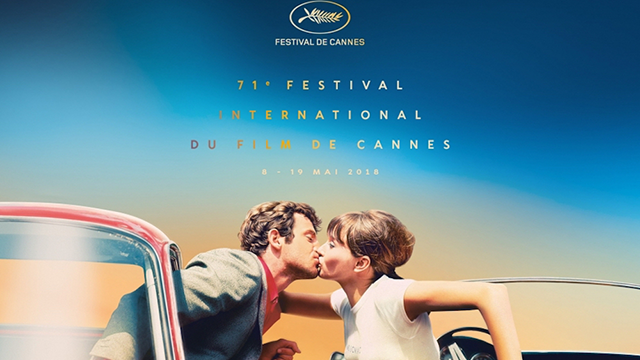 The 71st Cannes Film Festival is starting soon, and as per usual there will be plenty of Directors UK members in attendance. We issued a call asking members to tell us all about their plans on the Riviera. Here’s what they had to say.

Fateme Ahmadi will be there with Leila’s Blues, a short film she produced, co-directed and co-wrote. Leila’s Blues is part of the Tunisia Factory, and will screened during the Directors’ Fortnight.

John Dower will be attending with his project Girl Missing, an adaptation of the successful young adult thriller of the same name by Sophie McKenzie. Girl Missing tells the story of adopted 16-year-old Lauren, who discovers her blood mother came from the US and suspects she may have been kidnapped. Sydney Wade (I Kill Giants) is attached as the lead, and John will be joined by writer/producer Diane Whitley of Biteback Productions.

Kate Cheeseman will be at the festival with her film What Happened to Evie, which will be showing at Short Film Corner at Cannes. The film was the recipient of a Papaya Film Fund award. Kate recently spoke to The New Current about the project.

Also appearing as part of the Short Film Corner will be director Kasra Karimi’s A Pinprick of Light on 17 May. Find out more about Kasra’s film.

Tom Petch will be holding meetings on his project Dark Wave, and Will Nash will be there with a short film he produced, People You May Know.

Nicola Quilter will be taking meetings in Cannes with DISC, a feature script that was selected for JETS, is currently a semi finalist in Screencraft and WeScreenplay, has American finance and distribution interest.

Yixi Sun will be attending with her feature film SUSU, a psychological thriller, recounting a story of two Chinese student jewellery designers, Qi’an and Aimo, who take a film translation job at a secluded, old English mansion. There they discover gruesome family secrets and learn about the traumatised past of the Kunqu opera star Susu. They try to escape from the evil they have uncovered, but to their horror, soon realize that the mansion and the family who live there, do not want to let them go. Norman J Warren is attached as the producer, and Parkland Pictures will be presenting SUSU at Cannes' Market 2018.

AJ Sykes will be there on the 12th and the 13th holding meetings for her feature, 'Perfect Worlds', the follow on to her award wining 35 minute science fiction short.

A successful night for members at the 2020 Grierson Awards