In 2008, Directors UK member Olly Blackburn made one of the most controversial British horror films of recent years.

Now he’s directed the first three episodes of Sanditon — ITV’s new adaptation of Jane Austen’s unfinished novel, which hits screens this week. Olly wrote about his transition to “bath cakes and bonnets” below.

Over ten years ago I made my first feature, a contemporary horror film called Donkey Punch about some 20-somethings on a boat who disintegrate when one of them makes a terrible mistake. It was claustrophobic, contained, sexually explicit, violent, showed characters making self-interested decisions under duress and got labelled “the vilest film ever seen” by the Daily Mail.

Now I’m completing the opening episodes of ITV’s new drama, Sanditon, a new interpretation of one of the most ‘respectable’ genres in TV: the Jane Austen novel, adapted by Andrew Davies no less.

How did Donkey Punch lead to bath cakes and bonnets? 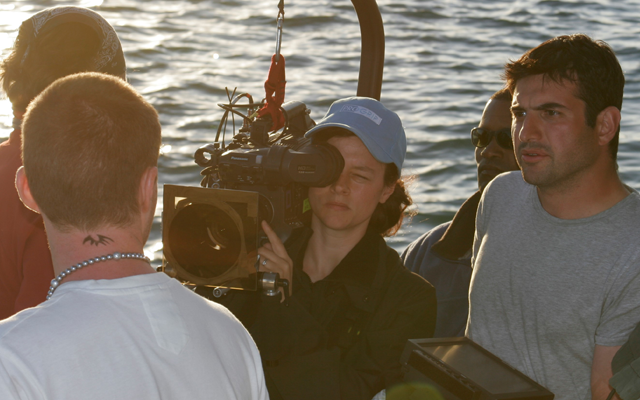 On the shoot of Donkey Punch. Photo: Olly Blackburn

The simplest answer is the breadth of ambition in this ‘platinum age of TV’. The surge in storytelling across every genre and a desire to appeal to wider audiences means that where film can restrict directors in silo-ed genre boxes (unless you’re a special few) the pace and voracious appetite of contemporary TV means there’s many opportunities to spread your wings and explore different realms — if you so want.

In the last five years I’ve been able to sink my teeth into contemporary youth culture (Glue), Inspector Morse (Endeavour), the court of Victoria, hackers and gangsters in Miami (StartUp), corruption in the Congo (The Widow) and now helping to complete Jane Austen’s final novel.

But it’s not enough just to try a few new things. As filmmakers (in TV we’re often making things with an ambition close to film these days) we’re shaping creative universes for audiences to explore and be entranced by so they’ll return to those worlds again and again over many evolving seasons.

But drama audiences are sophisticated, and they’re being offered all sorts of choices from Netflix to Amazon to whatever Quibi or Disney throws up in the near future, and most of all with something like Austen – they’re fans. We’re telling stories for massive bases of devotees in their millions around the world who’ve seen multiple versions of Mr Darcy, Emma and Catherine de Bourgh, every shade and cut of bonnet and frock… Which means you have to find a version of that world that’s going to revivify and surprise them (or they’ll just rewatch Colin Firth or Keira Knightley, only a key-stroke away) while retaining the soul of the world they love so much.

We must use our imagination as storytellers and go beyond the same-old-same-old to find what’s exciting in that world, getting deep into the expression of the story.

In Sanditon we built sets infused with the design of the time and their own specific tones and textures to show contrasting corners of a dynamic world. Regency Britain had a passion for traditional music, so composer Ruth Barrett found some brilliant folk musicians for the show, and the camera team worked with her so the pace and cadence of any diagetic music in a scene — there’s a twelve-page ball sequence at the end of the opening episode — informed the flow of the steadicam. Because this is unfinished Austen and it’s a more cosmopolitan setting than she’d written before, we had license to go beyond the country bonnets and frocks…we selected clothes with an eye to what was coolest in this high-style period of dandies and Romantics. The array of styles and cuts and colours placed characters in the scene. Rich crimsons for Esther Denham, blues for Miss Lambe and corals for Clara Berereton help put those characters into sharp relief in multi-character sequences where their  impulses drive the action. All these kinds of choices were made to push the well-worn boundaries of Austen’s world and keep it as a breathing organic whole...

Because whether it’s Austen or Batman or the Marvel Universe, Star Wars or Dr Who, finding what’s fresh in an already well-known universe is one of the biggest imperatives underpinning the director’s job. And it’s nothing new. James Bond was at this game decades ago and earlier — how many iterations of Star is Born or Dracula have there been?

Which returns me to Donkey Punch – as mass audience storytellers, we’re dealing with the richest most enduring themes and characters in the culture. And they’re timeless for a reason: whether it’s the human need to be frightened in controlled circumstances (around a camp fire or in a darkened cinema) or the joy of seeing characters fall in love with the wrong person, the right person, the wrong person they think is the right person, the right person they’re convinced is wrong all because…that’s exactly what happens to you…Whatever it is, we find new ways to connect those timeless creative impulses to our own time and make them speak to us now. 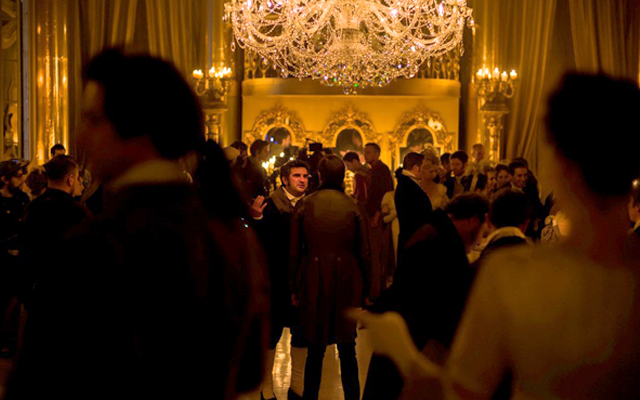 Behind the scenes of Sanditon. Photo: Pete Marsden.

A director’s craft is wide, encompassing many demands: cast the right ensemble, understand how to work with them and draw out performances that are truthful, visual design, soundscape, music, an eagle’s eye view on the whole story — and let’s not even get started how you milk every drop of production value out of an inevitably straitened budget…

Those impulses and challenges are no different whether you’re dealing with strangers trapped on a boat in a spiralling Hitchcockian nightmare or a sprawling late Regency world of ingénues, cads, gamblers and dowagers all vying for status, marriage, love and money.

Everyone is human, they have the exact same emotions – love, hope, fear, ambition – it’s just the hemlines that change.

Because they’re all worlds created by humans with human instincts, needs, obsessions that if rendered right we all respond to. All of us can enter the world engaged, questioning, in a state of fear or longing or joy…

I’ve found that the best TV drama understands this and it’s one of the reasons why it’s at a creative peak right now.