The full London Film Festival programme was announced today (4th September), and this year’s selection has already been described as “the finest in living memory”.

As ever, LFF will act as a “best of the festivals” from the previous few months, bringing together some of the most acclaimed and attention-grabbing premieres from the likes of Venice, Berlin and Cannes.

And following concerns in the press over the health of the British directing community after poor representation on the Croisette, the London line-up paints a far more promising picture for the home nations. As revealed last month, Paul Greengrass’ Captain Phillips will open this year’s LFF, and is joined in the Gala by Stephen Frears’ Philomena, Steve McQueen 12 Years a Slave and Ralph Fiennes’ The Invisible Women.

The Official Competition sees a number of emerging and established British filmmakers vying for the award, with Clio Barnard (The Selfish Giant) up against Richard Ayoade (The Double), Pawel Pawlikowski (Ida), David MacKenzie (Starred Up) and Jonathan Glazer (Under the Skin).

Elsewhere, Rob Brown’s Sixteen finds itself in the First Feature Competition, and in Documentary Mark Cousins’ Here Be Dragons explores the political and cultural landscape of Albania. 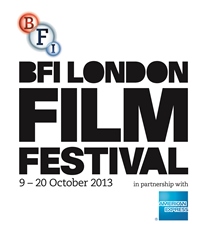