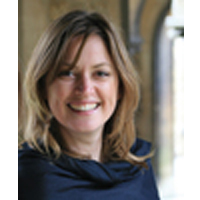 This week the Industry and Culture committees in European Parliament voted in favour of an unwaivable right to remuneration for authors and performers for online uses. Our Head of Communications and Public Affairs, Victoria Morris, reports.

The significance of these votes should not be underestimated. If passed into European copyright law it would ensure that screenwriters and directors would receive royalties when their works are used on on-demand services anywhere in Europe. In today’s digital age this is a significant breakthrough.

The European Parliament committees have been debating the proposed Directive on Copyright in the Digital Single Market since it was published in September 2016. The original draft directive did not include a right to remuneration for authors. This is something we at Directors UK, along with ALCS (for screenwriters) and CMOs across Europe, led by SAA and FERA, have been hard at work campaigning for.

For the past twelve months, as each of the committees present and debate their ‘Opinion’ on the draft directive — which is their opportunity to table amendments and then vote on their final Opinion to go forwards to the next stage — we have been campaigning for an amendment introducing an unwaivable right to remuneration for authors. We have been lobbying MEPs — often in the face of stiff opposition from producer groups lobbying against the introduction of such a right. Amongst all the noise our voices were heard.

British MEP Theresa Griffin introduced our amendment in the Industry committee and it was supported by MEPs from across the political spectrum. In the Culture committee they put forward a compromise agreement — which is a variation of our amendment — but still proposing a right to fair remuneration for authors and performers. On Tuesday 11 July both committees voted in support of these amendments.

After the votes Cécile Despringre, SAA Executive Director, who is leading the lobbying said: “The Culture and Industry Opinions sends a clear and powerful message to the European Parliament’s lead committee and the Council. They have recognised that Europe’s screenwriters and directors must be financially rewarded when their works are successful online and have adopted the appropriate provisions to make sure that happens.”

It’s not yet a slam dunk. The next step is to lobby the lead committee in European Parliament (in this case the Legal committee) and then the European Council to carry the amendment through to the final draft directive. We’ve already started, and we have the UK Minister for Intellectual Property, Jo Johnson MP — who sits on the European Council — in our sights. We still have to make our case heard over the counter-arguments from producers. But as Cécile says, the votes taken this week send a strong message to the European Parliament of the importance of creators being fairly rewarded for their work.

Find out more about how copyright works for directors.