Throughout another unpredictable and difficult year, the creativity, passion and skill of screen directors has been on constant display — and in the Directors UK Advent Calendar, we’ve showcased that spirit, day by day.

From podcasts of our director-on-director conversations, to interviews and profiles of exciting filmmakers at different stages of their career and plenty more, this calendar brings together just some of the highlights of the past year at Directors UK.

So sit back, get in the festive spirit, and crack open every door of the Directors UK Advent Calendar below. 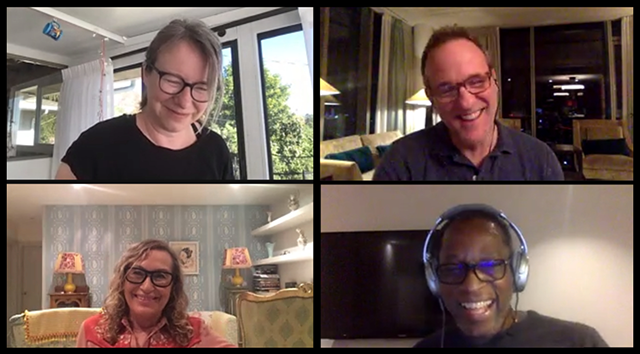 We start with one of the year’s biggest shows. Way back at the start of the year we chatted with Bridgerton directors Alrick Riley, Julie Anne Robinson, Tom Verica and Sheree Folkson about how they made this regency-era drama into a huge hit.

In spring we were treated to a fascinating conversation between Asif Kapadia and Steve McQueen, all about the making of Steve’s fantastic film anthology, Small Axe.

Listen to our podcast or read a full transcript to re-live a wonderful conversation about art, culture, history, food, music and pure filmmaking rapture.

Listen above and read a full transcript here.

In October, we were pleased to host agents Sara Putt (Sara Putt associates) and Matthew Bates (Sayle Screen) in conversation with director Samantha Harrie about a range of things concerning agents and representation.

From approaching an agent, to managing your agent relationship and changing your representation, the in-depth conversation covered areas relevant to directors at all stages of their career.

We're pleased to announce the launch of Creating Positive Collaborations: Writers & Directors, in partnership with @TheWritersGuild. Offering practical advice for directors and writers in film + TV on managing the creative relationship. Find out more: https://t.co/JMlWy1IJ9L pic.twitter.com/U9GGwMf0kO

Collaboration was a big theme for us in 2021, and we were pleased to release a fab new resource along with the Writers’ Guild of Great Britain (WGGB) that was all about helping writer/director relationships to run smoothly.

Creating Positive Collaborations: Writers & Directors is a free resource aiming to give writers and directors a set of tools that help them create positive and rewarding creative relationships, where both contributions are respected, and can combine to elevate the work to make it the best it can be. 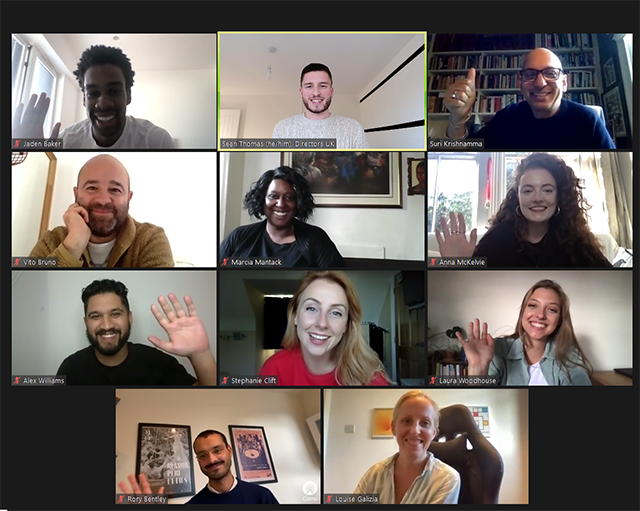 On Day 5 of the Directors UK Advent Calendar, we hark back to our fantastic Directing Actors workshops, led by Directors UK member Suri Krishnamma.

Actors and directors were brought together for a practical look at how to get the best from each other – quite a challenge in COVID times! When we introduced these online last year, our Career Development and Skills Officer Sean Thomas wrote about how it all came together.

Collective was one of the year’s most acclaimed films, nominated (on the very day of our event!) for Oscars in both the Best Documentary and Best International Film categories, and winner of Best Documentary at the European Film Awards.

At our aforementioned member event, we were proud to welcome the film’s director Alexander Nanau in conversation with fellow director Orlando Von Einsiedel. Together they discussed Alexander’s approach to storytelling, the reaction to the documentary, and whether film has the power to create change.

Listen to the podcast above and read a full transcript here. 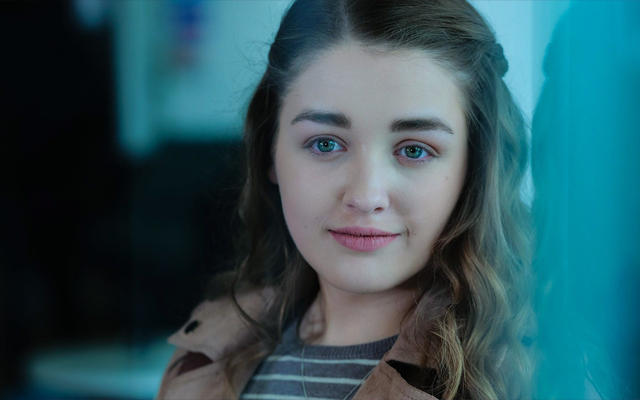 From production delays to new guidelines and restrictions, the COVID-19 era has been a strange time to make TV.

For Directors UK members Aurora Fearnley and Benedict Cohen, it was also the environment that saw them gain their first broadcast credit, directing episodes of BBC Three’s The Break.

Aurora and Benedict spoke to us about how they get involved with the programme, moving from independent film to a new environment, and somehow making it all happen during the pandemic.

Read our interview with Aurora Fearnley and Benedict Cohen. 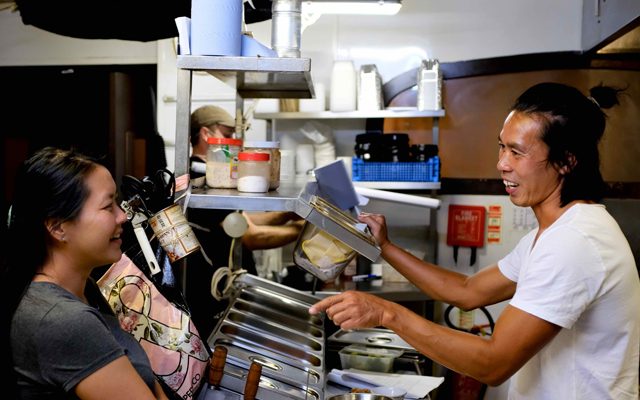 Back in February, we spoke to Directors UK member Chris Chung about the making of his short film Congee, exploring the deep ties between cuisine, culture and identity, as well as the impact of COVID-19 on the restaurant industry.

You can read our interview and watch the film in full here. 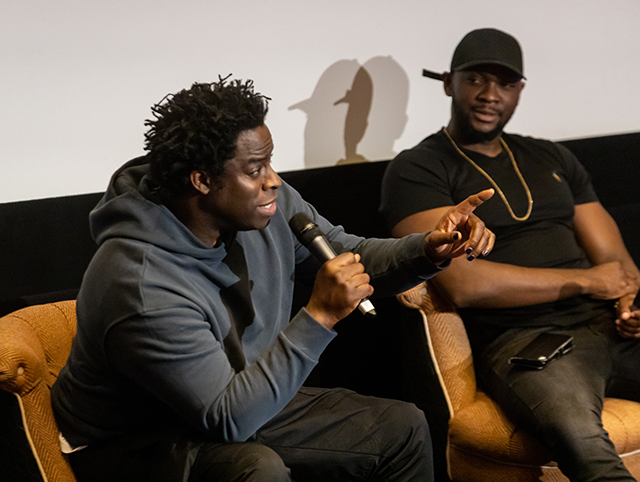 We revisit our outstanding member event with Jeymes Samuel and Rapman, where the two of them held a fascinating discussion about the making of Jeymes’ debut feature - The Harder They Fall.

An inspiring, wide-ranging Q&A between two outstanding, exciting filmmakers – catch up with it (or experience it again) by listening to the podcast.

Listen to the podcast here.

On the last Directors UK Podcast of 2021, the RTS award-winning director Peter Hoar told us how he made one of the year’s most acclaimed programmes: It’s A Sin.

In a discussion with fellow director Christine Lalla, Peter breaks down specific scenes from the outstanding series and explains his process. 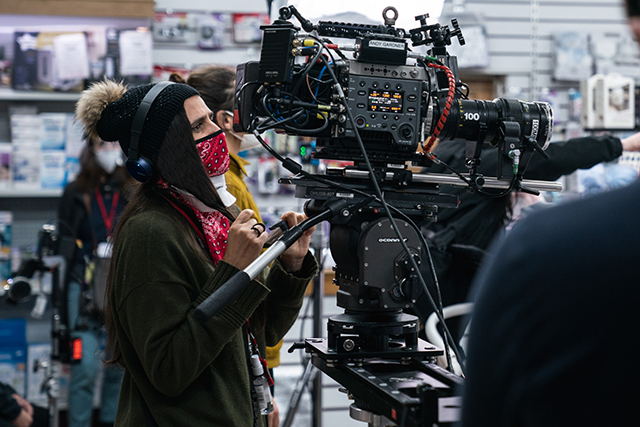 We revisit our June interview with director (and Directors UK Board member) Alex Kalymnios about directing her powerful drama, Three Families.

Telling real-life stories on screen is a complicated, pressurised task for any director — and even more so when your story is current, controversial, and shot during the COVID-19 pandemic. Alex spoke to Directors UK about how she brought the story of three families impacted by Northern Ireland’s abortion laws to the screen. 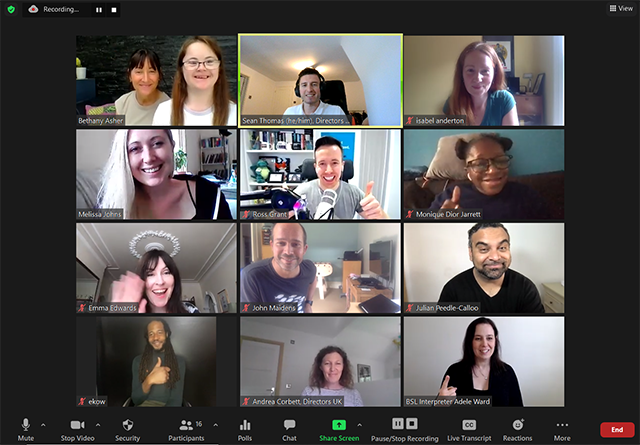 One of our favourite Career Development sessions this year was an online roundtable discussion with TripleC DANC. Through our Career Development team and Disability Working Group, we were pleased to host a safe space where directors met and engaged with deaf, disabled and neurodivergent actors from TripleC’s Disabled Artists Networking Community.

Following an election which saw more candidates stand than ever before, we welcomed 11 new board members to the fold!

Our Board informs and advises the work that we do to support directors and the craft of directing, which is why it is so important that our Board reflects our membership’s wealth of expertise. Find out more about our Board.

Recently we announced Karen Kelly as our new Chair, and James Hawes and Anna Thomson as Vice-Chairs. Find out more. 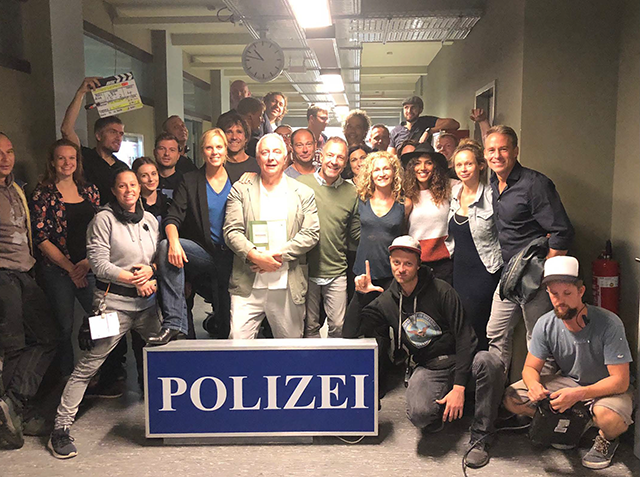 There are many different kinds of successful mentoring relationship. When the pandemic struck, Nicola Quilter and Robert Del Maestro saw an opportunity to develop theirs, moving from a traditional mentor/mentee dynamic towards working together.

Earlier this year, we hosted directors Paul Sng and Jeanie Finlay, as they discussed the making of Poly Styrene: I Am a Cliché, winner of two BIFA awards including Best Documentary!

In our podcast, Paul and Jeanie discuss the act of portraying punk icon Poly Styrene, collaborating with her daughter Celeste Bell, and the importance of trust in documentary filmmaking.

Read my thoughts on today's Freelance Charter news below — just announced by @the_TV_mindset at #EdTVFest. pic.twitter.com/g7e2qcpMSP

August saw the announcement of a new Freelance Charter, a ground-breaking document backed by Directors UK along with other industry organisations, stakeholders and broadcasters.

Unveiled by The TV Mindset – organisers of the Coalition for Change movement that led to this document — at Edinburgh TV Festival, the charter marked the first time that the world of film and TV has come together to formally acknowledge the state of working conditions in the sector. An encouraging step for freelancers, with more still to do.

Find out more about the charter. 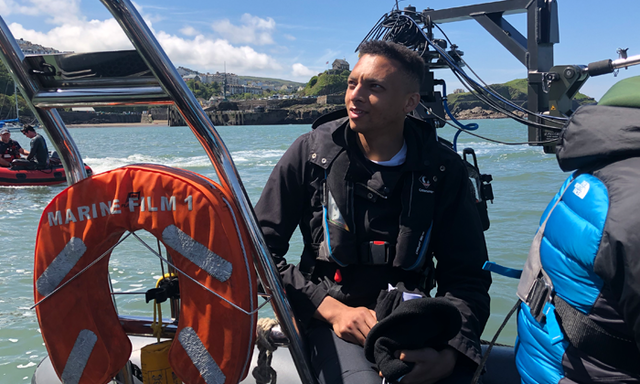 Earlier this year, we worked in partnership with Silverprint Pictures and ITV Studios to offer an opportunity for a director to work alongside Lee Haven Jones on four-part drama, The Long Call.

David Allain joined the cast and crew during pre-production and over the course of 12 weeks became embedded in the production team, shooting pick-ups, 2nd Unit and dialogue.

We talked to David about filming under lockdown, being mentored by Lee and the challenges and rewards of the British weather...

Read our interview with David here.

With COP26 taking place in 2021 and the climate emergency becoming increasingly urgent, we were glad to host a round table discussion with the makers of The People vs Climate Change.

We were lucky enough to be joined by the show’s director Harriet Bird and producer Steve Smith, as well as the Doc Society’s Jessica Edwards, and Mike Harris from impact agency 89 up. With Edward Watts’ expert moderation, the conversation touched on everything from telling climate stories to working on strategies to create change through your work. The People vs Climate Change is available to watch now on BBC iPlayer. 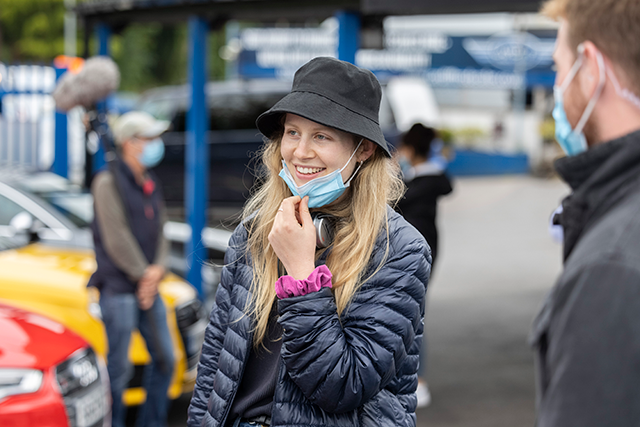 On The Edge, supported by Directors UK, is developed though the 4Stories initiative, part of the channel’s commitment to inclusion and finding brand new diverse talent.

As the show went on air and its three exceptional short dramas were broadcast, we brought together their directors Chloë Wicks, Nadira Amrani and Theo James Krekis to talk about their experiences in prep, on set and in post.

In her latest film, CODA, Sian Heder tells a poignant story of communication, family and coming of age. At a fantastic Autumn member event, fellow director Emerald Fennell chatted to Sian about the experience of directing the film – from working with both Deaf and hearing cast and crew, to editing, music and more.

Listen to the Podcast above and read a full transcript here. 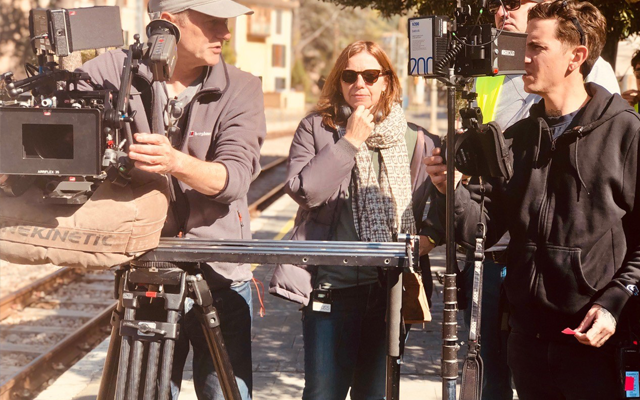 “The idea of somebody saying to me that women in their 50s can’t make feature films? I mean, honestly… That just pumps me up to move them out of the way really.”

This year we caught up with director Jules Williamson to discuss her feature film Off the Rails, the inspirations behind it, the ups and downs of a challenging shoot, and how the industry can change so that more women directors in mid-life get a chance to break through in feature film.

In October, we were lucky enough to be joined by visionary Dune director Denis Villeneuve, who spoke to fellow filmmaker David Oyelowo about his love of Frank Herbert’s original text, the joys and challenges of shooting in the desert, filmmaking on a grand scale, and the emotional life of directing.

You can listen to the podcast above and read a full transcript here. 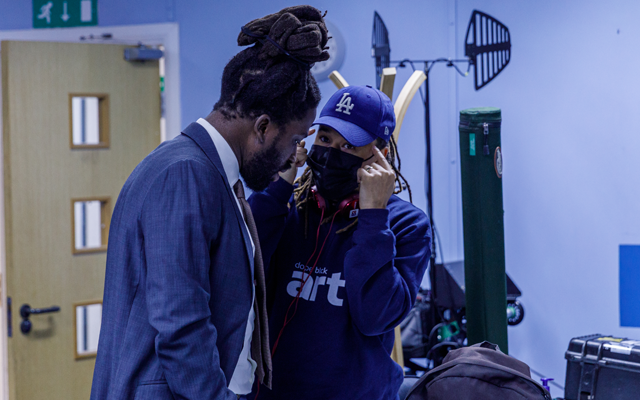 With Dreaming Whilst Black, director Sebastian Thiel tells the story of Kwabena — an aspiring filmmaker trying to make his career dreams come true.

But Dreaming Whilst Black has its own story: a journey from popular web series to the BBC.

In a fascinating article from June this year, Sebastian takes us through directing the show, from pitching to production, and also provides his own invaluable advice on making the transition from YouTube to a major broadcaster.

And finally, we go right back to our first director-on-director conversation of the year to end our advent calendar in style.

We were so lucky to chat to Chloé and her collaborator and Director of Photography Joshua James Richards, who joined Directors UK member and director Asif Kapadia for a fascinating discussion about creating the film.

From blending fact and fiction, shooting with natural light and working with Frances McDormand, this talk is a true celebration of filmmaking — and it is a season of celebrations after all!

Listen to the podcast above and read the full transcript here.

How would leaving the EU affect directors and Directors UK?