Creating Growth: Measuring Cultural and Creative Markets in the EU 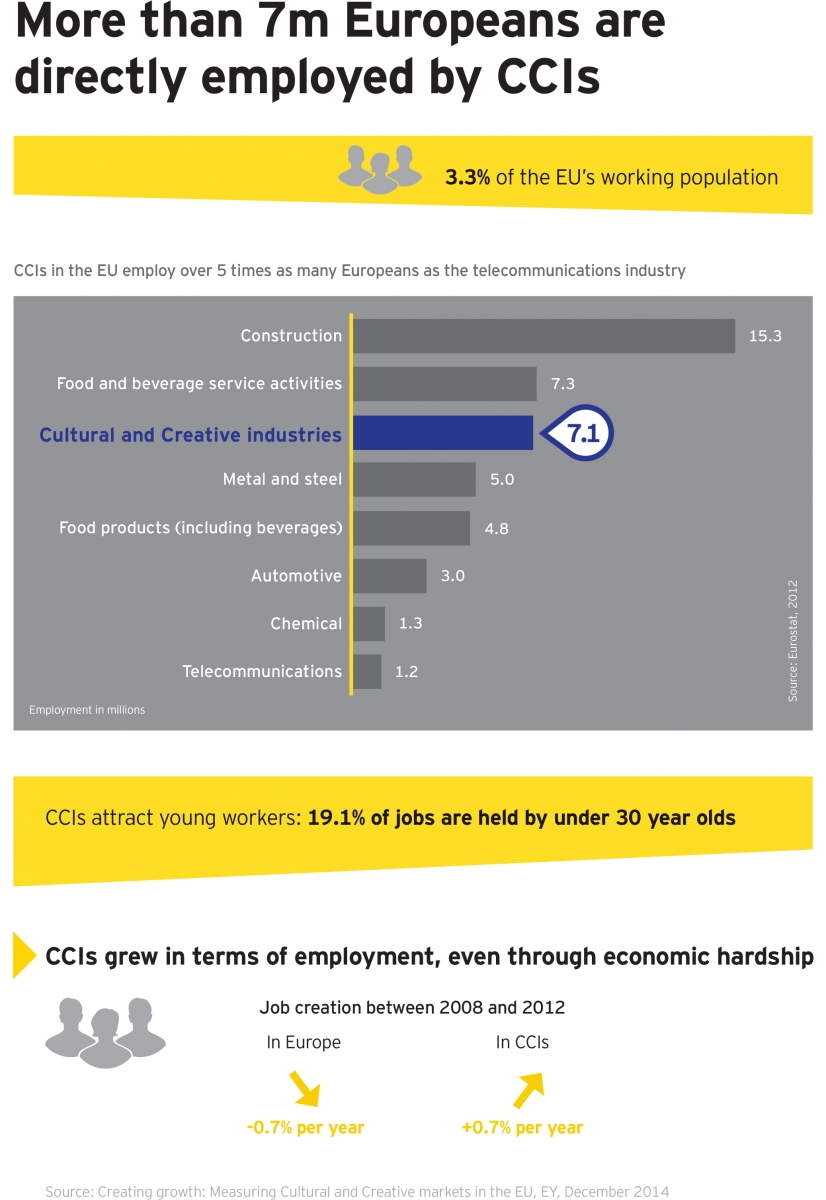 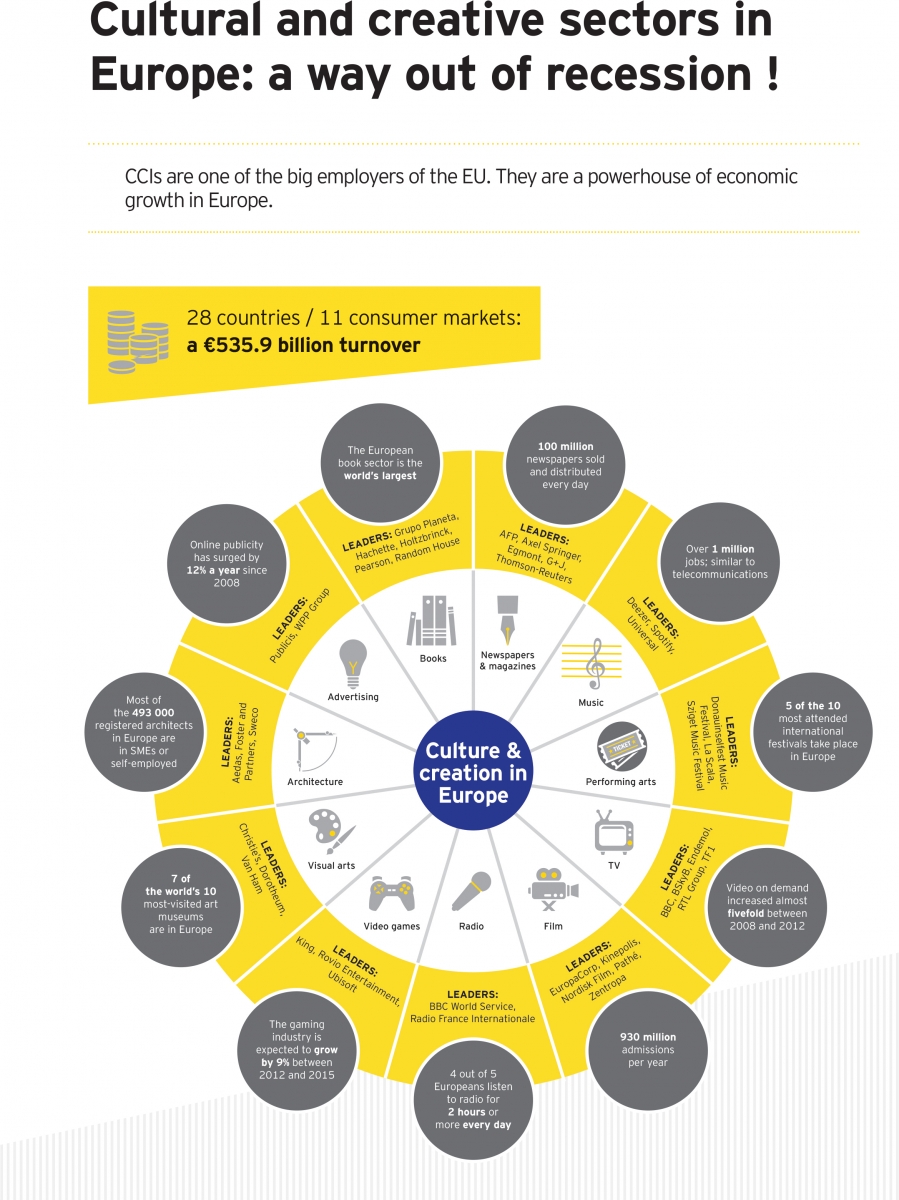 A new study commissioned by GESAC (European Grouping of Societies of Authors and Composers) has revealed that creative and cultural industries have shown consistent growth through economic hardship and are one of the bigger European employers with 7 million jobs; making them a major player in the EU economy.

Culture and creation are undeniably part of the solution to the economic crisis that has had the European continent in its grip for years. This is what the EY (formerly Ernst & Young) study Creating Growth: Measuring Cultural and Creative Markets in the EU clearly demonstrates. This study, commissioned by GESAC and backed by 18 partners and supporting organisations, reveals the determining input of creative and cultural industries in the European economy. Weighing 535.9 billion euros and 7 million jobs, of which 19.1% are held by under 30 year olds, culture and creation places itself just behind food and beverage service activities, while in the visual arts sector alone providing work for 2.5 times more people than the automotive industry and more than telecommunications.

Eleven sectors were analysed: books, newspapers and magazines, music, performing arts, television, film, radio, games & video games, visual arts, architecture and advertising. This is the first study of its kind, examining Europe’s creative and cultural industries in detail with such a large scope.

You can read the full report here.

New report recommends an unwaivable and inalienable right to remuneration