Directors UK would like to congratulate Beryl Richards on receiving the ITV Studios Achievement of the Year Award at the 2016 Women in Film and TV Awards.

The Achievement of the Year Award recognises women who have made a significant impact in front of or behind the camera in film, TV or digital media over the past year.

As Chair of Directors UK and Chair of our Gender Equality Group, Beryl’s contribution to raising awareness and campaigning for better representation for women directors has justifiably been recognised with this award.

Beryl is an award-winning writer-director, whose work has included several popular television shows, such as the BAFTA-nominated All About Me and the BAFTA and Emmy Award-nominated My Life as a Popat. Beryl also recently received a BAFTA Children’s Award for her work on the CBBC show Secret Life of Boys. 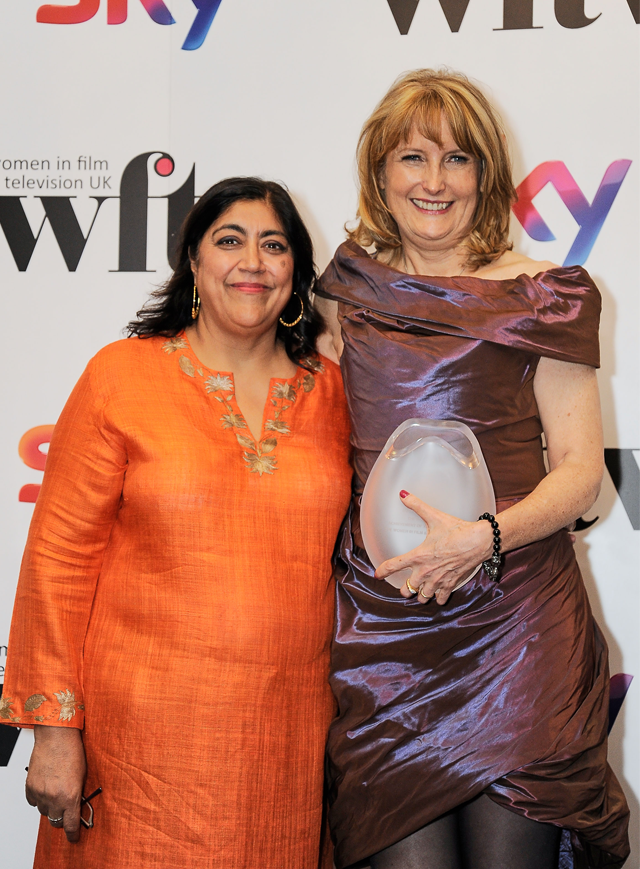 Photo and header image courtesy of Women in Film and Television.

Beryl’s lead on the gender equality campaign and career development initiatives at Directors UK have helped to improve employment prospects and opportunities for all women film and TV directors. Her work with our ground-breaking research reports, Women Directors – Who’s Calling the Shots? in 2014, and Cut Out of the Picture - A Study of Gender Inequality Amongst Directors within the UK Film Industry in 2016, have helped generate media coverage and increase the public’s awareness of this important issue.

Beryl continues to promote gender equality and Directors UK campaign objectives, working in collaboration with broadcasters and production companies, the government and key industry stakeholders, taking part in media interviews and conference panels, and meeting the general public, both within the UK and further afield.

On winning the award, Beryl commented: “I’m incredibly thrilled to receive this Woman in Film and TV Achievement of the Year award. Directors UK have worked tirelessly over the years championing and campaigning for women film and TV; it is great to be recognised and celebrated amongst so many other great women and organisations in the industry. I hope the awards and this win will help encourage others to think differently about women working in front of and behind the camera, and help boost and encourage more creative women to stay strong and persevere, and ultimately help improve employment and opportunities for women in the film and TV industry”. 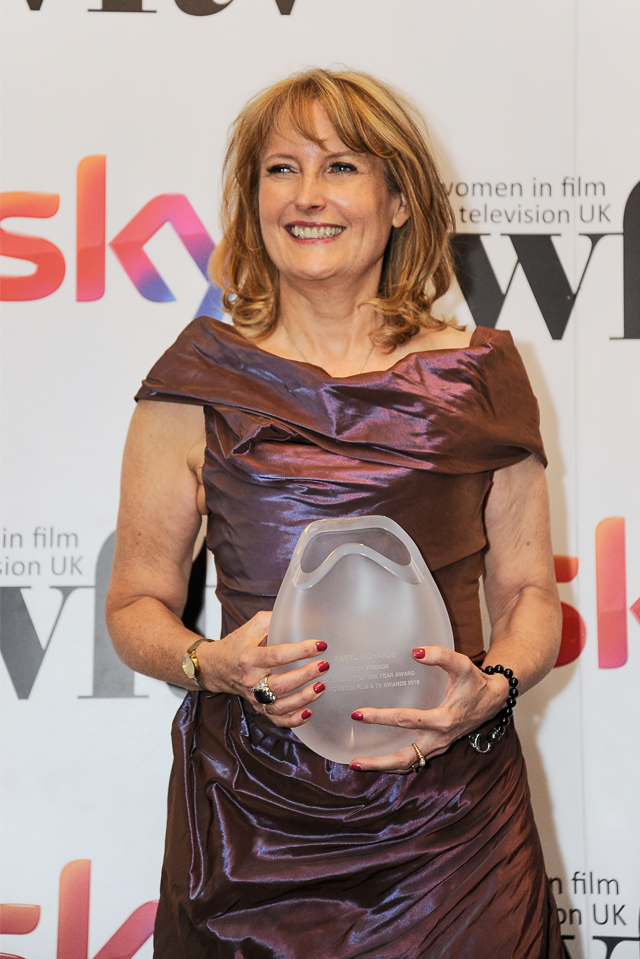 Photo courtesy of Women in Film and Television.

Directors UK, CEO, Andrew Chowns said: “Beryl is an inspirational Chair at Directors UK. She has been pivotal to the success of our campaigns in ensuring that both equality and diversity in UK television are top priority discussions within the industry, as well as establishing us as a campaigning organisation. As a campaigner she has focused on ensuring we achieve positive results in employment; we are incredibly lucky to have Beryl at Directors UK, and delighted that she is being recognised for her work”.

Beryl was presented her award by fellow director Gurinder Chadha. 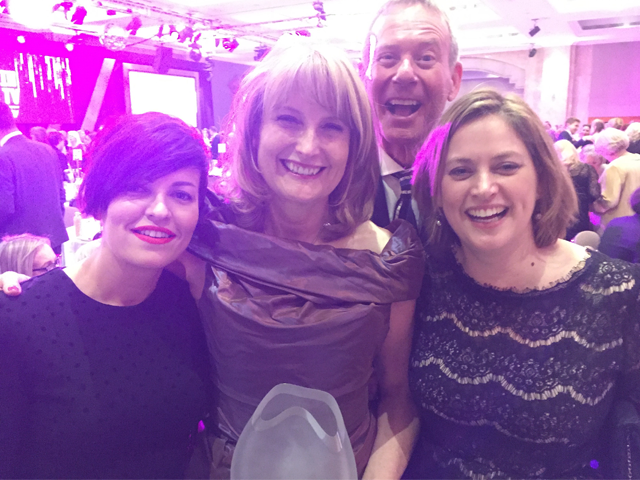 Beryl and the Directors UK team.

Also rewarded at the WFTV Awards ceremony was Sarah Gavron, who won the Deluxe Director Award for her work on Suffragette. Congratulations to Sarah.

You can read the live-tweets from the Q&A we conducted with Sarah last year, while Directors UK members can also watch a video.

FLASHBACK: In Conversation with Ridley Scott

New Chair of the Directors UK Board