Ben Roberts has been appointed as the new Director of the BFI Film Fund, it has been announced today (19th March).

Roberts is currently CEO of Protagonist Pictures which represents many British films in the international market place. Since taking the position in 2007, Roberts has been responsible for overseeing a number of successful British films, including Richard Ayoade’s Submarine, Ben Wheatley’s Kill List and Paddy Considine’s Tyrannousaur.

He was previously VP of Worldwide Acquisitions at Universal International Pictures, and prior to that oversaw UK theatrical distribution and acquisition operations for independent UK distributor Metrodome.

This newly expanded role will bring together development, production, distribution and exhibition for the first time. According to the BFI, Roberts will play a key role in shaping the future of British film and film audiences, overseeing the UK’s biggest public film fund with a total annual budget of over £21M from the National Lottery.

‘I’m thrilled that Ben is joining us to lead the BFI Film Fund at this important time for film in the UK His experience reflects the future demands on this new role, combining creative flair with a very strong audience and market sensibility. This will ensure we achieve maximum impact both in making strong investments in film development and production, but also in linking up distribution and exhibition activities in new ways for the benefit of audiences.

‘Ben Roberts’ commitment and enthusiasm for UK film is infectious and his track record in finding audiences for new British film voices is impressive. We look forward to working with him to help build further on the current success of British film at home and abroad.

In making this appointment we were fortunate to have a strong field of candidates. After a long and comprehensive process it was clear that Ben was the best candidate to take the BFI Film Fund into its next stage.’

‘This is a rare opportunity to make a difference in a really dynamic part of the film sector and I relish the chance to work across the industry, building on the successes of the last few years. This new role offers me the special opportunity to support talented British filmmakers in achieving their potential to make great and memorable films.

‘It also means I can play my part in leading the development of a more joined-up approach to public investment in film in the UK by overseeing all of the BFI’s Lottery Film Fund investments - including distribution and exhibition - to better connect films with their audiences.’

‘It’s great news to hear about this appointment. Ben Roberts combines a love of cinema, sharp business sense and cool nerves under fire while remaining a great person to be around. Exciting times ahead for the BFI.’ 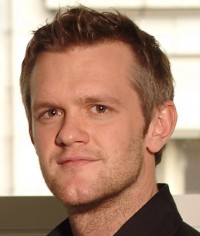 Directing under lockdown: how we made Old, Alone and Stuck at Home and Grayson’s Art Club