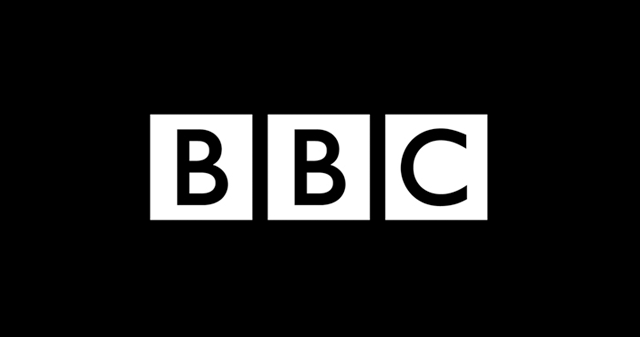 Directors UK has recently submitted its response to the BBC’s consultation on the future of funding TV Licences for those aged over 75.

Free TV Licences for the over 75s were introduced by the government in 2000, and in 2016 responsibility for delivering and funding this concession was passed to the BBC as a consequence of a private deal struck during the most recent charter renewal process. However, the BBC projects that these free Licences will cost £745 million – or one fifth of all licence fee income – once the organisation is required to fully shoulder the cost from 2020.

As a result, the BBC has indicated that programmes or services will have to be cut in order to fund this concession, to the detriment of all Licence-fee payers. And, what’s more, the over 75s will lose out disproportionately as it will “not be possible to avoid cutting current programmes and services in a way that would severely affect older audiences”.

Directors UK believes that the only viable option for the BBC is to restore a universal Licence fee. To continue funding a concession of this size, even if reforms were made to the criteria, would be extremely detrimental to the BBC’s provision of programmes and services. As programme-makers, our members are rightly concerned that production budgets have already been streamlined to such an extent that there is no room for any further reduction without severely impacting the quality of output they are required to achieve. It is our position that it was wrong for the government to have discharged responsibility for a welfare-based subsidy to the BBC in the first place, and instead this concession should be passed back to the government to debate and address through the proper parliamentary process.

Our response, which has been written in consultation with the Directors UK Board, can be read in full below or downloaded as a PDF.

Directors UK welcomes the opportunity to respond to the BBC’s consultation on Age-related TV Licence Policy.

Directors UK members are TV and film directors who make the high-quality drama, documentaries and entertainment programmes which fill the BBC schedules and deliver the BBC’s public mission to ‘Inform, Educate and Entertain’. It is the quality and innovation of the programmes and services created by the BBC over the past 80 years which has established its reputation as a world-class broadcaster and producer of news and content and has played a significant role in elevating the position of the UK’s creative industry globally.

In the last 10 years, the BBC’s cost-efficiency programme has led to such downward pressure on budgets, that our members are concerned that production budgets have been streamlined to such levels there is no room to make them any lower without severely impacting the quality of output that they are required to achieve, or the feasibility to sustain the volume of programmes required.

All the options presented in this consultation have significant cost implications to the BBC to a greater or lesser extent. The examples given, demonstrating the cost of delivering the concession relative to the cost of producing content for some of its core services and channels, is of extreme concern: “the equivalent of what is spent today on all of BBC Two, BBC Three, BBC Four, the BBC News Channel, CBBC and CBeebies”. It would appear impossible for the BBC to maintain the Over-75 Licence Fee concession in any form without significantly reducing the money available for content production and/or closing some services. This is likely to have a negative impact on all users of the BBC.

Directors UK recognises the importance for many of the free licence fee for over-75s in helping to keep older generations connected to the outside world. However, Directors UK’s position is that given it was the government who decided to introduce and fund the concession in 2000, it was not right for them to have discharged, via a private arrangement, this responsibility for a welfare-based subsidy to the BBC to maintain. Just as it would not be right to privately offload the Winter Fuel Payment concession to the energy suppliers. These are social welfare funding decisions that the government should be held responsible and accountable for and any significant changes to these should be properly debated and considered.

The government has said that it is “entirely the BBC’s decision on the future of the concession” yet in a recent response to a Parliamentary Question on this issue the Minister of State for Digital and the Creative Industries, Margot James, stated that, “we have been clear that we would want and expect the concession to continue”.1

In passing the responsibility for funding the subsidy to the BBC we believe the BBC should be free to decide whether to keep or get rid of the concession based on its affordability to fund it. If it is felt to be an essential service from a welfare viewpoint then the government needs to take back responsibility and be held accountable for addressing the impact on welfare, should the BBC choose to scrap or limit the subsidy. The 2017 Conservative Manifesto promised to “maintain all other pensioner benefits, including free bus passes, eye tests, prescriptions and TV licences, for the duration of this Parliament”2, which currently runs until 2022.

In our view, to fund a concession of this size would be extremely detrimental to the BBC’s provision of programmes and services. The BBC needs to be able to decide how to respond to the ongoing pressures of reducing budgets without the additional burden of this subsidy.

If it is too damaging for the BBC to maintain the licence fee concession and too detrimental for over- 75s to lose it then it should be passed back to the government to debate and decide how they address it. If necessary, this may need to go hand in hand with reviewing or reforming the BBC funding model, but this should be conducted through the proper parliamentary process.

For these reasons we believe that the only option for the BBC is to restore a universal licence fee and that none of the other options is acceptable.

Nicolas Roeg to be honoured by London Critics Circle

Employment law changes to look out for in April