European film heritage institutions such as our own BFI which want to make their archive content available online will be able to take advantage of a new deal announced this week, due to an agreement reached by an EU working group including D-UK CEO Andrew Chowns.

We spoke with Andrew Chowns to ask for more details on this bold new agreement, what the next steps might be, and how it could affect Directors UK members.

D-UK: Can you give us a little background on the ‘Licences for Europe’ initiative? How did it come about, and what were the desired objectives?

AC: L4E is a project of the European Commission. They launched it 9 months ago and the idea was to set out four challenges where there are problems with the operation of copyright and see if the various groups affected can work together come up with a solution that does not require changes to copyright law. The four problems were: how to make it easier to access a VOD service when you are not in the country where your subscription was taken out, how to enable the creators of user-generated content to licence other people’s works, how to enable film heritage institutions (like our own BFI) to digitise their archive of great works and make them available online, and finally how to licence researchers to perform text and data mining of academic data.

D-UK: What was the purpose of the ‘Bringing Europe’s film heritage online’ project? What was your involvement?

AC: We are members of the Society of Audio-Visual Authors (SAA) which is a European group of all directors’ and writers’ collective management organisations. SAA was asked to join each of the four groups, and I was their “volunteer” on the film heritage group. I wanted to join this group as I felt it would have the most relevance to our members and their works, and I could see potential for other applications, such as opening up the archives of broadcasters like the BBC. I also thought it would be good for the European Commission to see a collecting society making a positive contribution to opening up access to historic works.

D-UK: What were the main objections and threats to the group’s success?

AC: To be honest, our group worked out pretty well. I think most members supported the aim of helping film heritage institutions, and we are largely talking about works that are not commercially available so there was no real objection from bodies representing distributors and exhibitors. However, I know that some of the other groups found it a real struggle, and there are some consumer and internet user pressure groups who just did not want to get involved at all, and that made it really difficult to come up with answers.

D-UK: What does this mean for Directors UK members? Will this agreement have any bearing on the distribution payments and schemes?

AC: In the UK we will want to talk to the BFI and see if we can help them make some of their archive films available, and we will probably also want to talk with some of the commercial film archives. If we can get this up and running there could be some new revenues coming through from VOD and DVD sales, but it will be modest to start with. A bigger prize will be if we can open up the big archives of the BBC, because most directors earn nothing from works made before our UK scheme came into being in 2001.

D-UK: What do you see as the next steps for bringing film heritage further into the digital era? What are the possibilities and limitations?

AC: If we have solved the rights clearance issues, the biggest challenge is the technical cost of digitisation. We should take it one step at a time and build up interest among film fans and consumers in having great classic films available on digital services. Beyond that I can see educational and research uses as well. 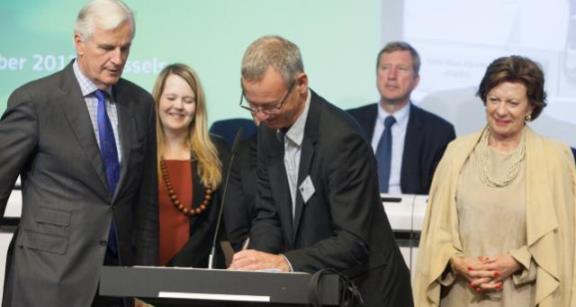 Creative sector to be hit twice as hard as the wider economy in 2020, Creative Industries Federation reports